In recent years there has been considerable controversy in the Lao People’s Democratic Republic (Lao PDR or Laos) regarding decisions by the government to issue long-term land concessions to foreign companies for large-scale plantation development, particularly for the cultivation of rubber, but also other commercial crops. Laos’ 2003 Land Law, in particular, established the legal framework for issuing land concessions to foreign companies of up to 10,000 hectares, 1 although in some cases even larger land concessions have materialized. 2 The expansion in the number of large-scale land concessions in Laos was closely linked to the “Turning Land into Capital” policy, which was designed to mobilize land to generate much needed capital and boost the economy of the country. 3 However, those who have closely studied plantation land concessions in Laos have largely been critical of the actual result, as these investments have often come with a heavy social and environmental cost. In particular, many forests have been converted into mono-crop plantations, thus depriving rural peasants of commons important for supporting livelihoods, including forests rich with non-timber forest products (NTFPs) and grazing lands important for cattle raising. Furthermore, many people have lost part or all of their farmland to these plantations, especially swidden cultivators but also others. Problems associated with the misuse of herbicide were reported, with impacts to human and livestock health, as well as on stream water quality and aquatic life. 4 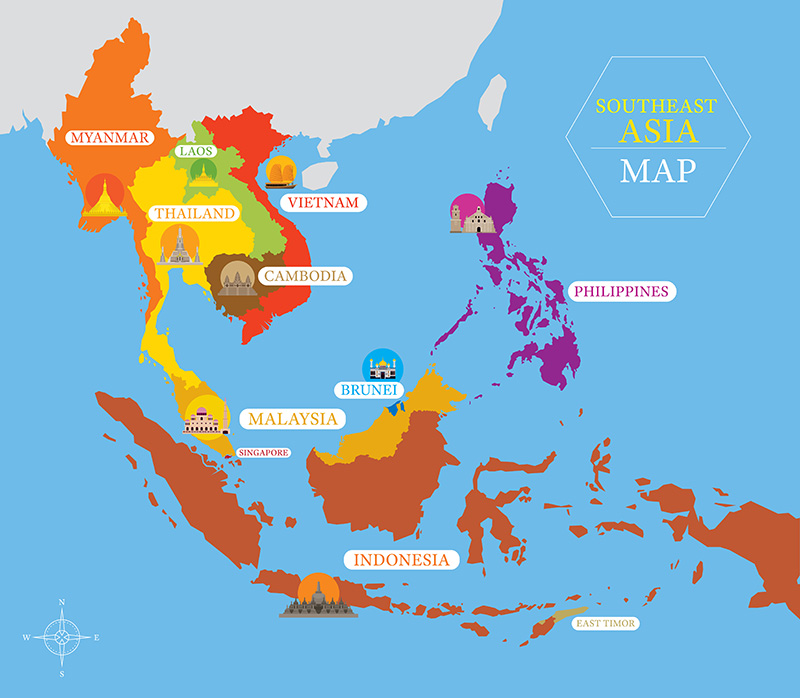 This special issue of Kyoto Review of Southeast Asia is devoted to examining various aspects associated with land governance in Laos. The first article in the collection, written by Ian Baird, considers how conceptualizations related to land have shifted over the last number of decades, especially since the Royal Lao Government period before 1975, and also since the Lao PDR State began introducing economic reforms in the 1980s and 1990s. Whereas the government previously deemed it important to control the country’s land-holdings for the purposes of maintaining national sovereignty, in recent years land has been increasingly understood differently, including being mobilized to generate capital and promote economic growth. This reflects a trend in the increase in the commodification and financialization of land in Laos, and nature more generally, 5 even if the present Lao PDR government has recently become increasingly critical of the policy to allow foreign companies to obtain large-scale plantation concessions through the “Turning Land into Capital” policy.

The second article in the collection, authored by Miles Kenney-Lazar, critically examines the Turning Land into Capital policy adopted by the Lao PDR government in the mid-2000s and considers its current crisis due to a loss of popular legitimacy and recent high-level government critiques. Kenney-Lazar examines contradictions between the popular promises of the policy in theory and its much-maligned impacts in practice. Given the diverse ways in which Lao people understand the potential of the policy as well as the government’s commitment to continue pursuing it in the abstract, he reflects on emerging alternative forms of Turning Land into Capital and their prospects for more equitable governance of land investments in Laos.

The third article, written by Michael Dwyer, considers Lao government land policy and its intersection with security discourses related to population management, from the late 1980s up to now. Adopting a Foucauldian perspective, and drawing on a case study from the northern province of Luang Namtha, Dwyer argues that we should examine population management work in upland Laos using Aihwa Ong’s concept of graduated sovereignty, which he refers to as “political work done by less-than-powerful states to adapt their territories and populations to the constraints and opportunities of the global economy.” He also, however, argues that it is important to look beyond the Lao state’s “coercion-as-sovereignty tactic”, in order to examine the important roles that foreign governments and multilateral actors, such as the World Bank and the United Nations, have played in influencing “Laos’s room to maneuver” with regard to policy directions.

The fourth paper in the collection, written by Keith Barney and Alex van der Meer Simo, argue—again in the context of the dispossession of common lands of great importance for rural people by large-scale plantation concessions—provided empirical local evidence for what they refer to as a “non-commodified subsistence guarantee”, for poor rural people affected by large-scale plantation concessions. In particular, they direct our attention to considering how, in the context of a deepening commodification of land and labor, customary and communal land can serve as “a buffer against the dislocating forces of agrarian capitalism”, as well as helping to maintain a form of livelihood autonomy for people living in rural Laos.

The final paper in the collection, written by Kelly Wanjing Chen, does not focus directly on land governance, but instead considers the indirect consequences of rural land dispossession when it comes to economic activities for marginalized migrants living in urban areas. In particular, the article focuses on the types of “backdoor economies” that rural migrant workers sometimes engage in. In particular, she provides a case study involving a Lao employee of a Chinese company in Vientiane, and how the driver secretly steals gasoline from his employer on a daily basis and sells it at the side of the road at night in order to generate additional income to supplement his salary. Chen explores the various forms of agency deployed by this Lao migrant worker, who might otherwise be viewed as being simply an uneducated, low capacity, victim of “top down” land governance policies can produce unfavorable local outcomes.

In sum, this collection of articles applies different lenses and analytics, but the authors are united in their concern land governance issues in Laos, and collectively demonstrate how various types of agrarian transformations are occurring as a result of important land governance changes, particularly ones associated with issuing large-scale plantation land concessions to foreign companies. While there is no doubt that major agrarian change is occurring in Laos, it remains much less clear where this change will ultimately lead to. But it does seem unlikely new laws alone will be sufficient to solve the various land governance challenges facing rural people.

Ian G. Baird is Associate Professor at the Department of Geography, University of Wisconsin-Madison, the United States.
ibaird@wisc.edu

Main articles can be read in six languages 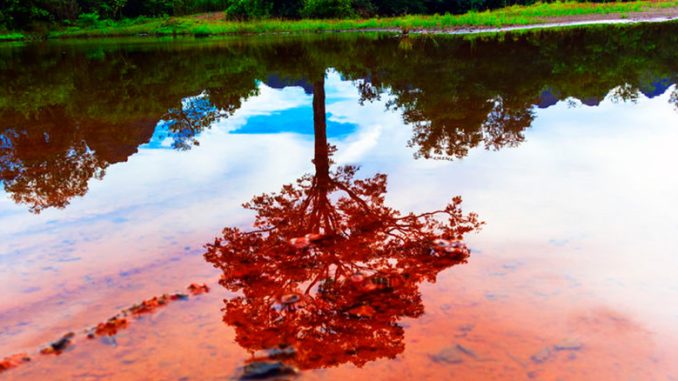 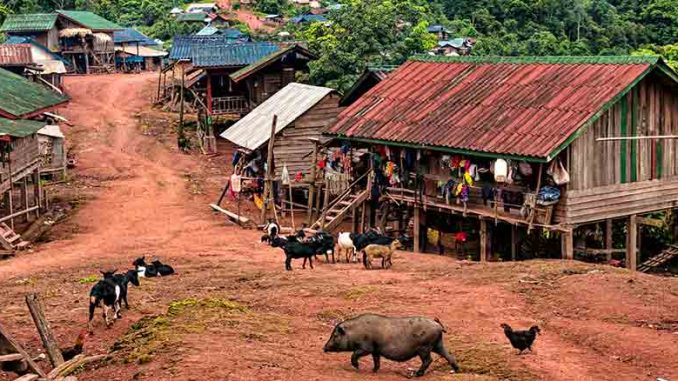 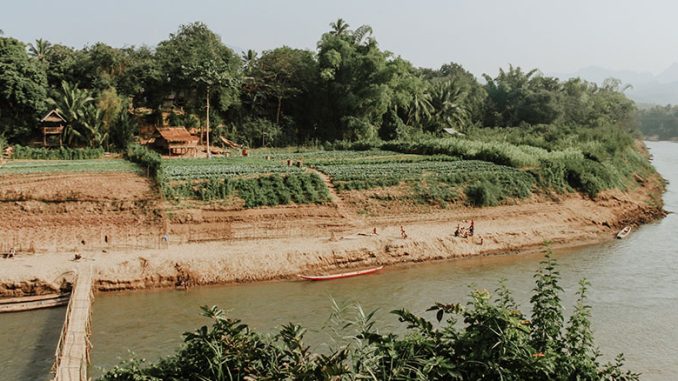 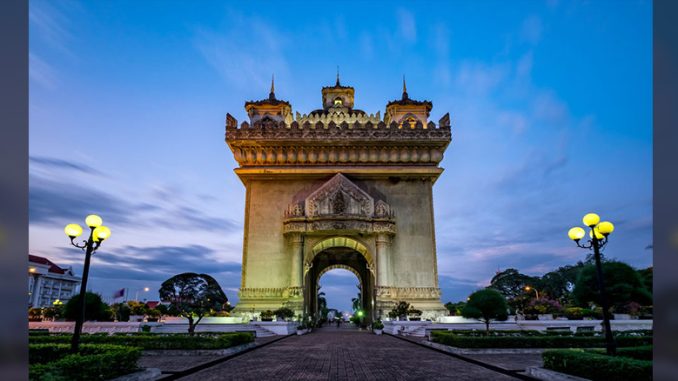