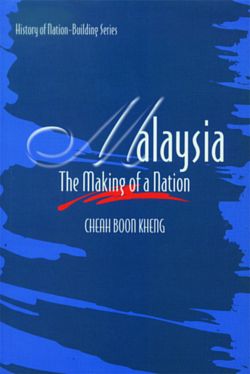 Recent events in Malaysia – the reformasi movement, trial of Anwar Ibrahim, erosion of legitimacy of the governing party (UMNO), and growing Islamist challenge to the secular, developmentalist state – have created a useful “dislocation” in the national narrative that encourages reflection on the foundations and definition of the nation-state. These two books, although very different in style, purpose, and audience, take this as their subject and therefore engage the powerful socio-political discourse that has been constructed through state and academic practice.

Cheah Boon Kheng offers an explanation of how the nation evolved in practice through a strict focus on electoral politics, prime ministers, and national policy. Cheah analyzes Malaysia through the prism of “give and take,” examining ongoing tensions between Malay ethno-nationalism and a broader Malaysian nationalism. His main argument is that each of the country’s four prime ministers “started off… as an exclusivist Malay nationalist but ended up as an inclusivist Malaysian nationalist.” That this has happened four times in the nation’s history suggests that the nation-state has developed its own logic. Ketuanan Melayu (Malay political dominance), the reader concludes, is here to stay, but is constrained by this logic. Cheah’s book asserts one reality of a multicultural, tolerant Malaysia. 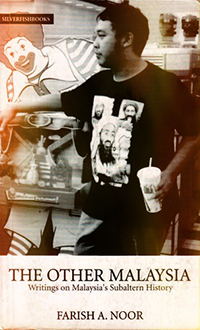 Farish Noor’s collection of essays has a very different agenda – to find the nation that might have been and might still become. He writes against the grain of linear explanation to explore “other Malaysias” that have been marginalized by “the story of a multiracial Malaysia we constantly tell ourselves.” Where Cheah acknowledges that factionalism within the Malay community constantly threatens Malay primacy, Farish takes the very effort to enforce unity as his central problem. He points to the harm done by UMNO’s “feudalism” – the idea that Malays are unable to survive without patron-rulers – and equally condemns Islamist essentializing of Malay culture to a shallow moralism that denies the richness and complexity of Malay history.

Cheah Boon Kheng’s Malaysia is a careful containment of difference, both within and between ethnic communities. Farish Noor sees not unitary identities, but multiplicities which he seeks to recover from the past and legitimize in the present.

Read the full unabridged version of this article HERE