Three academic institutions in Japan have important holdings of books, journals, magazines, and other printed literature on the Philippines: Sophia University hosts the collection of Filipino historian Mauro Garcia. Kyoto University’s Center for Southeast Asian Studies recently increased its holdings substantially with the purchase of the Filipiniana collection of historian Lamberto Ocampo. And the Osaka Museum of Ethnology (Minpaku) houses the most extensive collection, with over 2,447 books in English, 409 books in Japanese, and a substantial list of academic journals, government reports, and directories.

The strength of the Minpaku collection lies, not surprisingly, in ethnology and anthropology. The Museum has assembled a near complete compilation of books and related literature on the main language groups of the Philippines. There are several dictionaries: the Dibabaon-Mandayan Vocabulary, prepared by the Summer Institute of Linguistics in Manila; the Hiligarynon Reference Grammar, written by scholars for the University of Hawaii Press; the popular, though not comprehensive, Diksyunaryong Filpino-English; and the rare, Summer Institute of Linguistics tri-language Gembaba Diksyunari-Mobo nga Diksyunari-Mababang Diksyunari, which combines Ilonggo, Cebuano, and Tagalog.

The anthropology cluster contains all major works on indigenous communities, from the dominant Muslim sub-groups to the scattered Igorots of central Luzon and Kalingas of the Cordillera Mountain region. There are sub-groups of literature on ethnology and nationhood and on ethnology and environmental management.

Most striking is the extensive compilation of studies on the southern island of Mindanao.

The collection also holds writings of Davao scholar Heidi Gloria and Tausog historian Samuel K. Tan, official reports of the various provincial governments, research papers of centers like the Research Institute for Mindanao Culture at Xavier University; and a bevy of historical, literary, economic, and ethnographic books on Mindanao.

This collection has become doubly significant in light of the loss to fire of the Mindanao State University’s Dansalan Research Center in Marawi City, Lanao del Sur province, which once held the most extensive collection on Muslim studies in Mindanao. With the destruction of the Dansalan Center, only two institutes in the region have the same comprehensive holdings: the University of the Philippines (UP) main library in Manila and Minpaku.

Mindanao scholars and NGO activists have received support from the Toyota Foundation to “recover” the listing lost in the Dansalan fire and hope in the future to set up a new research center to house the recovered documents. Until that center becomes a reality, Filipino, Japanese, and other scholars interested in Mindanao can rely on the UP and Minpaku collections.

The Minpaku library catalogue can be accessed through this website: http://www.minpaku.ac.jp/english/

Thanks to Ishii Masako for assisting the editors in writing this article. 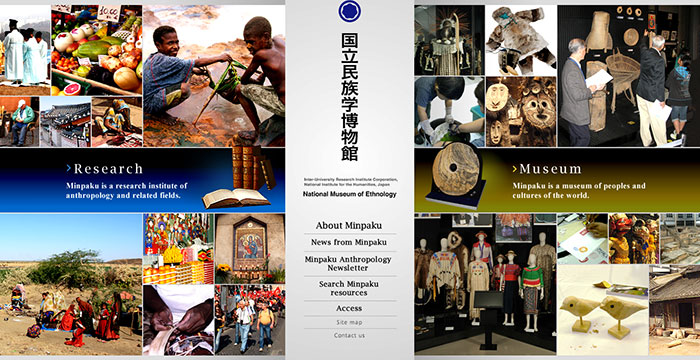