Historians in increasing numbers have enthusiastically embraced information technology as a new tool of their trade. It is not unlike a pencil and eraser, a notepad, a typewriter, a calculator, a tape recorder, a camera, a microfilm viewer, and a xerox machine – each quite a radical innovation in its time – all rolled into one.

As a research tool, the advantages of using IT for the study of history are tremendous and research life for historians has never seemed better. Modern IT provides academics and students of all disciplines access to most major library and archival databases to search for books and other relevant materials. Even primary sources and historical research works previously available only in certain major archives or libraries can now be accessed, retrieved, and reproduced in full through the internet.

Further, IT has the capacity to handle huge amounts of data and render quick and accurate quantitative analyses of statistical records. Many successful mega-research projects on American economic history and British family/social history, as well as innovative historical studies using multi-disciplinary approaches, notably those conducted by the French Annales school during the past two decades, have benefited enormously from computer technology and IT. One ongoing mega-project of historical study exploiting the latest IT is conducted by ECAI (Electronic Cultural Atlas Initiative), a multi-national academic venture based at the University of California, Berkeley. [CSEAS has recently joined the ECAI project and Kyoto Review of Southeast Asia will shortly begin to highlight some of its work. Ed.]

Finally, if sharing historical data and research findings, exchanging ideas, exploring new approaches, and creating research networks are considered part of the historical method, which I believe they certainly are, these can all be comfortably accomplished through the internet, electronic mail, electronic journal, electronic discussion forum, and televideo conference.

But is IT simply an innovative research tool that expands our research network, widens our access to historical data, and speeds up our final research report with no other revolutionary or possibly negative consequences for the study of history? Probably not. To my understanding, there are at least three areas in which the study of history might be affected, for better or worse, by advanced IT. 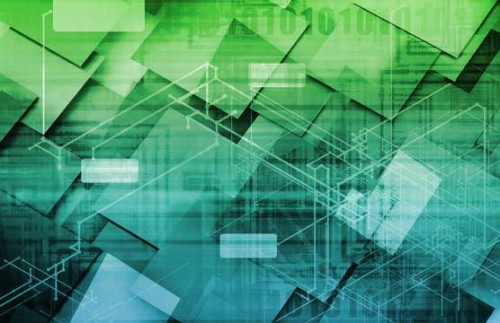 The first is the question of veracity. Basically, history is an information science. Historians work with information in the form of historical data or sources (whether text, graphic representation, or statistical records) to get to the truth of the past. Essentially the work of historians involves the verification of all available information through external and internal criticism of their sources in order to establish fact from fiction and then make some sense out of it through analysis and interpretation.

This latter part of historical method is, to my understanding, essentially what is known in IT as information processing. While historians used to depend on a selected theoretical model or analytical frame to analyze facts, work on them manually, and interpret them, they can now in many cases – especially in the fields of social, economic, political, and military history – use computer software to process the data according to pre-set parameters.

But what distinguishes history from other related human and social sciences is the importance it assigns to the verification of historical data/sources. This is mainly achieved by subjecting all historical sources to close scrutiny in order to establish their authenticity and reliability, through reading between the lines in order to reach the hidden meaning of the text, and through comparison with other contemporary sources. And while IT is undoubtedly one of the most advanced and fast-developing technologies, it is also notoriously the least secure. Within the IT community, there are probably more hackers than bona fide creators and developers. Historical primary sources, maps, and other graphic representations, research papers, etc., that are stored in servers for historians to access are prone to tampering by any hacker with little more than rudimentary knowledge of computer technology. To date there is no effective measure to prevent such an incident.

Long before the advent of IT and for various reasons, all kinds of doctored historical evidence was created to deceive either contemporaries or later generations of historians. These were all too often believed to be real by the public and historians alike. Only after painstaking study by skeptical scholars was the truth eventually revealed about the Piltdown skull, certain Roman land deeds exposed by Marc Bloch, and most recently the scandalous Hitler diaries. Perhaps because historical data is not currently a priced commodity with high monetary value, no hacker has yet played with the historical data stored in university servers. But if knowledge of history is essential to any power contest, we can expect this kind of malpractice to emerge not too far into the future. 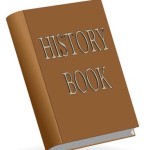 The second area of concern is the so-called information revolution. Historiography is based on the analysis and interpretation of available sources. It is believed that the more complete the historical sources we can access, verify, compare, and analyze, the more accurate truth of the past we can reconstruct. In addition, a good working historian needs to keep abreast of the scholarship in his field of study by regularly exchanging research findings and ideas with colleagues.

No one can deny that IT has improved accessibility to sources, academic forums, and research networks. This is reflected in the number of history-related web sites now available, an unlimited venue for anyone who cares to register his thoughts and impressions on almost anything. The Gutenberg Revolution of the sixteenth century only widened access to information, while the IT revolution has created a space for anyone to produce information. Unheard voices now enjoy the right to be heard.

But the information revolution may come to represent a terrifying nightmare for historians. Right now there are perhaps millions of information sources available through cyberspace. While insufficient information is a major problem for historians, too much information or historical data is another. In the latter case, the verification and comparison of sources and interpretation of data at both the initial and final stages have to be done by historians themselves. For example, a recent scandal-infested election campaign in Thailand involved more than thirty political parties, each with its own website, plus hundreds of web chat boards, printed and electronic news reports, and thousands of political pamphlets and speech records. It will truly be a nightmare for any political historian in the future to conduct comprehensive research on this millennium election.

Practicality aside, the new freedom of information production will affect the study of history in a more fundamental way. For too long and in most societies, the writing of history has been manipulated and monopolized by the privileged few, those members of the educated elite who wielded political and cultural power over their own people. Histories of the underclass, minority groups, local communities, small people, etc., were discouraged, banned, or totally wiped out. This process has been intensified under the centralized nation-state when national history is officially sanctioned by the state.

This monopoly of writing history is being torn down by the new freedom of information production. Each group, and for that matter each individual, can challenge the hitherto unchallenged power of the state and participate in the contest for historical space of its own. New alternative historical sources and conflicting interpretations will emerge in increasing number and historians have to take them seriously. This will certainly lead us in new directions of historical study, with more emphasis on local and regional history and history of the small people. The conventional national history may have to give way to a new kind of history, a people’s history, a history that can negotiate with all these histories on the same footing and accommodate them all. This is perhaps the most challenging task for historians!

Third is the problem of technological disparity. In this rapidly globalizing world, the cost of almost everything seems to rise at the same speed as technological progress. Labor, housing, education, health, energy, and ecology are obvious examples. Only the costs of agricultural produce and IT seem constantly to decrease. In this regard, IT provides to more and more people at less and less cost easy access to information and a powerful tool to produce information of their own. Thus it seems the monopoly of information is being torn apart by relatively inexpensive IT technology.

But is it true that IT has created equality of information access and information production for all? Certainly not. In fact, only a relatively small number of people can afford the use of IT for their work, not to mention in their everyday life. On the surface, the technology of IT is inexpensive, but in absolute terms, it is definitely not. IT systems need huge funds and many man-hours of skilled engineering and technical work to maintain and update information. If we browse the cyber world we will certainly come across many web sites that have not been maintained for years!

That’s why in many parts of the world and in most countries of Southeast Asia, IT remains out of reach to the majority of people and a privilege of the few. Further, the development of IT is so fast that what we invest today will become obsolete within months or weeks. To keep abreast of the hardware and software necessary to maintain optimum efficiency of access means an endless investment of money. How many people and how many countries can afford such a luxurious technology? As in other technological developments through time, the IT revolution not only fails to cure the endemic disease of disparity between rich and poor, but in fact perpetuates and intensifies it.

How does this technological disparity affect the study of history in our region? Judging from our poor economic performance and poor distribution of wealth, the inequality of access will be much greater, both within countries and among countries of the region. It is likely that for some time only the elite and the state (using tax money) will be able to afford the latest and most advanced IT. If such is the case, the liberation of history following the IT revolution may not happen here and the monopoly of history by the elite will be even more intense. We need to prevent that monopoly by thinking of ways to share the use of IT for historical study that benefits all.

The exploitation of IT for the study of history is to be encouraged, but with a serious awareness of its many complications. It is our duty as historians to apply this advanced technology, to think of its impact on our profession, and to find a solution to inequality of access.

Chalong Soontravanich
The author is lecturer in the Department of History, Chulalongkorn University (schalong@chula.ac.th). A longer version of this essay was presented to the Workshop History Agenda 21, Yangon, December 14-15, 2000, organized by the Southeast Asian Ministers of Education Organization (SEAMEO). It was first published as “IT and the Study of History,” in History Agenda 21 (Yangon: SEAMEO Regional Centre for History and Tradition, 2001).