The rise of Filipino technocrats is generally associated with the martial-law period (1972-1986) in the Philippines. The importance of technocracy to the United States, however, preceded that period. As early as the 1950s, the US already saw the importance of having trained economists, engineers, and experts in business administration, among others, in developing regions like Southeast Asia. These specialists could spearhead the development process in their respective societies and prevent them from falling prey to communism. This article traces the rise of the Philippine technocracy within the Cold War context, with specific attention to those technocrats recruited during President Ferdinand E. Marcos’ initial, pre-martial law, administration (1965-1972) then segued into his martial law regime as the dictator’s key economic policy-makers.

The Cold War and the Advent of Technocracy

In “classical political terms,” technocracy, “refers to a system of governance in which technically-trained experts rule by virtue of their specialized knowledge and positions in dominant political and economic institutions” (Fischer 1990, 17). It is identified with the emergence of the new middle class. For C. Wright Mills, this class “emerged after World War II with the new technocratic-bureaucrat industrial capitalist economy” (Glassman 1997, 161). Thus, the rise of technocracy coincided with both the advent of the Cold War and the Philippines’ achieving independence from the US. The US and the rest of the “first world” were then industrializing, but not yet developing societies. This lag became a source of concern for the US. It was in the context of decolonization and Cold War tensions, therefore, that US President Harry Truman announced his “Point Four” program in January 20, 1949, in which he defined poverty as a strategic threat and linked development to security (Latham 2011, 10-11). The biggest fear of the Truman administration (1945-1953) was that backward rural societies, such as those in Asia, would turn communist (Cullather 2010, 79).

Theories of modernization provided the solution. In the Cold War context, “theorists and officials used the ideology of modernization to project an appealing image of expanding power during a period of decolonization” (Latham 2000, 16). This expansion of power was epitomized in the establishment of educational systems that would produce technocrats in developing societies to perpetuate this US Cold War ideology of modernization. These technocrats were viewed as among the “modernizing elites” all developing societies needed (Gilman 2003, 101). 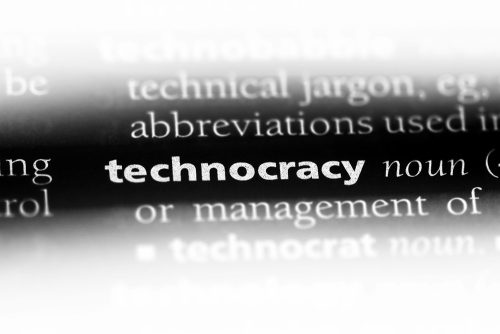 Reproduction of Technocrats Through the Educational System

It was primarily the University of the Philippines (UP), the country’s national elite university, which the Americans established in 1908, that produced technocrats. UP trained the key technocrats in Marcos’ initial, then martial law, regimes. These included Cesar E. A. Virata, who served as served as Marcos’ finance secretary from 1970-86; Vicente T. Paterno, who was Marcos’ Chairman of the Board of Investments from 1970­-79; Gerardo Sicat, who was recruited into government as Chairman of the National Economic Council (NEC) in 1970-73; and Manuel Alba, who served as Marcos’ Executive Director of the Presidential Commission to Survey Philippine Education (PCSPE) from 1971-73. These technocrats were joined by two others, Armand Fabella and Placido Mapa, Jr., who began their government careers under the Macapagal Administration (1961-1965). Fabella served as director of the Project Implementation Agency (PIA) from 1962-65, and Mapa, as his deputy.

The US government also provided fellowships for higher degrees in the US, as part of the Kennedy administration’s (1960-63) strategy to ward off communist pressure and Marxist advances that threatened economic growth and political democracy in developing regions. Toward that end, explains Latham (2000, 57), “Kennedy established the Agency for International Development (AID), and gave it authority over technical aid, lending programs, development projects, and military assistance.” UP’s College of Business Management, for instance, was a USAID beneficiary. This approach was complemented by assistance from private US institutions, such as the Ford and Rockefeller Foundations (Sicat 2014, 40-41). Awarded fellowships to earn graduate degrees in American universities, technocrats took courses that introduced them to the American worldview of development and conferred technical skills. 1

Technocrats in the Service of Corporate Capitalism

The further development of this framework was embodied in the Bretton Woods system, which stressed the need “to promote global integration through free trade,” including through  “capitalist penetration of vulnerable foreign markets” (Gilman 2003, 18). Technocrats played a key role in US inroads into the Philippines economy and the perpetuation of corporate capitalism there from the 1950s onwards. They were hired to work for Philippine-American joint ventures and companies owned by Filipino landed elites who were diversifying into capitalist ventures, recruited into government agencies that were involved in providing assistance to local companies, employed in accounting and management firms to provide services to both local and multinational corporations in the country, and employed by American multinational banks in the Philippines.

Given their qualifications, it was inevitable that the technocrats would be asked to join the government. Even before they joined the Marcos administration, Fabella and Mapa headed the PIA, the economic agency in charge of the country’s liberalization and encouragement of trade, as advocated by the Bretton Woods system and its institutional pillars, the International Monetary Fund (IMF) and the World Bank (Bello, et al. 1982, 5-6).

Mapa and Fabella were joined by a new set of technocrats coming from academe. One such individual was Cesar E. A. Virata, whom Marcos invited to join the government as deputy director general for investment at the Presidential Economic Staff (PES). The PES replaced the PIA and, in addition to socio-economic planning, policy-making, and programming, was tasked with establishing ties with international financial institutions (Tadem 2015a, 127-31).

Obstacles to Development and Growth

A major challenge to this Cold War-era development strategy was the dominance of Philippine politico-economic elites in the form of political dynasties who did not fully support the technocrats’ policies. These dynasties established strong ties with the US during the American colonial period. At that time, “US policymakers pursued a policy of ‘attraction’ seeking profitable trade and stable government through political alliances with the educated, landholding Filipino elites.” In consequence, the “United States backed a class deeply committed to preserving its own economic and social dominance” (Latham 2011, 15). The Marcos technocrats thus had to contend with opposition from members of a politico-economic elite who did not adhere to economic liberalization, lest American corporations compete with their own industries. Because of this resistance, compromises had to be made with regard to economic policies (Tadem 2015b, 564).

Although the elites had to be appeased, the same effort was not made for the vast majority of the population who did not benefit from technocratic policies. “Social contradictions ‘resurfaced in the form of student demonstrations, peasant marches and workers’ strikes,” by the late 1960s, and “a crisis of stagnation plagued both industry and agriculture” (Bello et al. 1982, cited in Daroy 1988, 11). This tension brought forth a strong nationalist ferment and unrest, which gave impetus to the establishment in 1968 of the new Communist Party of the Philippines (CPP). Inspired by Mao Tse Tung Thought, the CPP included a military arm, the New People’s Army, and anchored a united National Democratic Front.

The Cold War and Martial Law: The Consolidation of Technocratic Power

The situation in the Philippines made Filipino technocrats “susceptible to the conservative reformulation of technocratic ideology in the late 1960s by American academics,” such as Harvard’s Samuel Huntington” (Bello et al. 1982, 28). Huntington argued that “in the Third World, the building of order and authority had to precede the granting of political representation to the masses” (cited in Bello et al. 1982, 28). This argument was the rationale for the US acquiescence to President Marcos’ declaration of martial law on September 21, 1972 to stop society-wide civil protests. Although the declaration caught the technocrats off-guard, they generally accepted it.

When martial law was declared, technocrats continued to occupy the key economic positions in government. The major value of the technocrats to President Marcos lay in their ability to access foreign funds from the World Bank, the IMF, and other international creditors, which the country needed. There were, however, obstacles to technocratic policy-making.

The first was crony capitalism, as exemplified by the first lady, Imelda Marcos, and the Marcos cronies, foremost among them “chief cronies” Roberto S. Benedicto and Eduardo “Danding” M. Cojuangco, Jr., who controlled the sugar and coconut industries, respectively. Benedicto’s and Cojuangco’s monopoly of these two top export earners during this period went against the technocrats’ mantra of liberalization and free trade (Tadem 2013, 9). As for Mrs. Marcos, although she did not control any industry, she embarked on personal projects like the building of edifices that were financed by government agencies but were not in the budget (Virata, cited in Tadem 2013, 11). The technocrats and the IMF/World Bank initially “tolerated” crony capitalism, however, as the global economy was doing well and there was no problem in extending financial assistance to the country.

All changed, though, with the second obstacle, which was the 1981 global economic crisis, triggered by the Iran-Iraq war of 1979-80 and resultant oil price-hikes, then Mexico’s default on debts to the IMF and other external creditors in August 1982. These developments limited Filipino technocrats’ access to external loans (Tadem 2013, 14). A third obstacle was the thawing of the Cold War and the consequent diminishing of the value of the US military bases in the Philippines. This further lessened the importance of US support for the Philippines. Lastly, a fourth obstacle was a growing anti-dictatorship movement, fueled by the authoritarian regime’s human-rights violations; the corruption of the dictator, his family, and his cronies; as well as the dismal performance of the Philippine economy. This movement ultimately led to the overthrow of the Marcos dictatorship via the US-supported People Power Revolution of February 1986. The political transition signaled the end of the Cold War strategy of supporting dictatorship in the Philippines, as it proved to be untenable for US interests.

The Cold War gave impetus to the rise of the Filipino technocrats to perpetuate a development paradigm that would bring forth political and economic stability. The failure of their economic policies, given internal and external obstacles, however, highlighted the failure of the Cold War technocracy to deliver on its promises.

Banner: The Oblation Statue at the flagship campus of the University of the Philippines in Diliman, Quezon City. It is a symbol of selfless service to the country. Photo Manolito Tiuseco / Shutterstock.com