Almost all books or articles that offer comparative studies on Southeast Asia begin their introduction with a narrative on how diverse the region is. This feature, although provides an incredible laboratory for the study of comparative economic, political, and social development, poses a tremendous challenge to researchers who attempt to generalize and find a common pattern across all countries in this region. As Donald Emmerson rightly summarizes, “Southeast Asia is the most recalcitrant region…, because its contiguous states are so diverse, despite their proximity, as to make it difficult to generalize across them”. 1 However, I argue in this article that there is an important feature regarding economic development that virtually all the economies in Southeast Asia share: all of them have moved away from the economic system with active government involvement towards the more market-based system and from inward-looking import substitution towards outward-looking export orientation. This strategy convergence in turn helps facilitate economic cooperation within the region. 2

Southeast Asia is fundamentally diverse. Geographically, it is divided into two parts— the mainland  and the maritime— which are vastly distinct. Being located at the cusp of the global trade routes brought to the region the flows of people and cultures from other parts of the world for centuries. Indigenous people of Southeast Asia were thus joined by later migrants, especially the Arabs, the Indians, and the Chinese, who eventually found Southeast Asia their permanent home and settled along side the indigenous people and made the region one of the world’s most ethnically diverse. With the migrants also came various cultures and it is not coincidental that Southeast Asia was already a region with tremendous religious and linguistic diversity several centuries ago.

The inflows of people were reenforced by colonization as more Indians and Chinese were recruited to the region to work for colonial governments, mining companies, and plantations. Meanwhile, Buddhism, Hinduism, Confucianism, and Islam were joined by the spread of Christianity. However, the most important long-lasting legacy of colonization is perhaps the creation of clearly demarcated territorial borders between nation states that did not exist previously. These borders, drawn by colonial powers, eventually served as the basis in which modern states in Southeast Asia were defined upon independence even though they were not necessarily conform with the distribution of ethnicities and cultures. Most evidently, Indonesia, the nation that was established from the vast and diverse number of islands previously ruled by the Dutch during colonial period, has very high ethnic fragmentation. Similarly, although each country has designated official languages, there are hundreds of other languages spoken throughout the region. Colonial experience and struggles for independence also affected post-independence political institutions in Southeast Asia and resulted in diverse political regimes in the region we observe today. 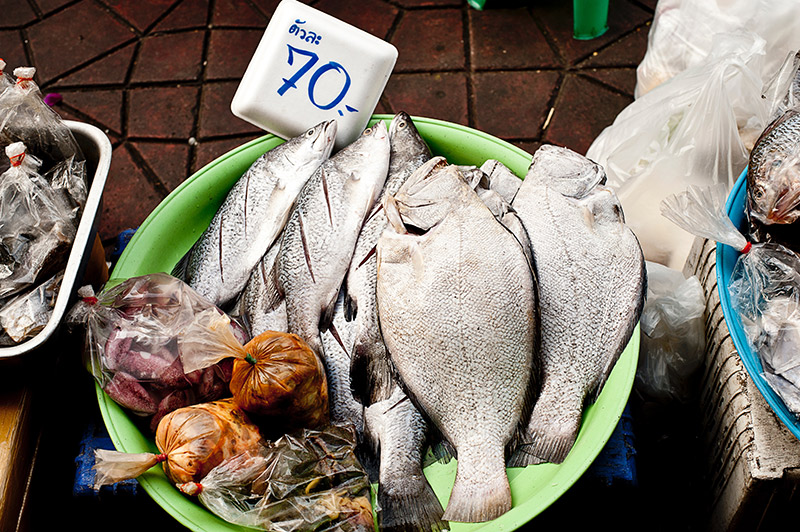 Naturally, the diversity in the land and the people as well as in cultures and institutions has lead to disparities in socioeconomic outcomes. Singapore’s per capia GDP is ranked the world’s third highest in 2016 and is 15 times higher than that of Myanmar, the poorest country in the region and one of the poorest in the world. Likewise, while an average Singaporean has life expectancy of above 80 years, an average person in Myanmar does not lives longer than 65 years. Socioeconomic indicators also place Malaysia, Thailand, Indonesia, and the Philippines between Singapore and the region’s less developed economies of Vietnam, Lao PDR, and Cambodia, although the difference between the Philippines and Vietnam has been significantly narrowed, or vanished by some criteria, in the past decade.

A Convergence in Economic Development Strategies

Although the levels of socioeconomic development of the countries in Southeast Asia are diverse, the patterns of development strategies adopted by these countries were somewhat similar over recent decades. Virtually every country in Southeast Asia has opened up its economy. Import substitution strategy has been de-emphasized while export orientation has been adopted. Government control of the economy has been reduced and the role of free markets has increased. This convergence of development strategies did not happen in a few years but occurred over the course of half a century.

This pattern reflects some historical foundations. At the end of the Second World War, one of the common features that most Southeast Asian economies shared was a negative sentiment toward foreigners, a consequence of Western colonization and Japanese military occupation during the war. Undoubtedly, nationalist policies focusing on self-sufficiency and import substitution industrialization were promoted. However, this strategy led to several economic problems and its viability was limited by the size of the domestic economy. It was not surprising that Singapore, one of the smallest economies in the region, was the first country to abandon this strategy and moved toward export promotion to take advantage of the large global economy in the 1960s, welcoming multinational corporations to invest and use Singapore as the production base for exports. Malaysia adopted a similar strategy in the 1970s while Thailand, Indonesia, and the Philippines followed later in the early to mid-1980s. After the disastrous failure of central planning and the eventual collapse of the Soviet Union, Vietnam and Lao PDR reformed their economies, opened up the countries, and welcomed foreign investors in the late 1980s as well. Cambodia pursued similar outward-oriented strategy after the end of decades-long civil conflicts in the early 1990s. Due to its own inward-looking policies and the sanction from the western countries, Myanmar was the only country in the region that remained secluded at the turn of the millennium, although some restrictions on economic activities had been relaxed in the late 1980s and early 1990s. It finally opened up the economy to the world after initiating several rapid reforms in 2011.

This development strategy convergence has a profound implication. The openness and outward orientation help facilitate economic integration of the region in the presence of socioeconomic diversity. The Association of Southeast Asian Nations (ASEAN), a formal platform for regional cooperation, has drastically changed from purely politically towards more economically focused. The ASEAN Free Trade Area (AFTA), established in 1992, reflected the need for ASEAN members to promote their exports and attract foreign direct investment in response to growing competition from emerging economies elsewhere in the world. New members, most were once considered adversaries during the Cold War era, joined the organization: Vietnam in 1995, Lao PDR and Myanmar in 1997, and Cambodia in 1999. In 2003, ASEAN members agreed to further strengthen their regional economic integration by establishing the ASEAN Economic Community (AEC), with the target date initially set for 2020 but later moved to 2015. AEC has a goal to create a single market and production base that facilities intra-regional trade and development of regional supply chains by allowing free flows of goods, services, investment, and skilled labor. These initiatives would not be possible without all members moving towards outward-looking development strategy with less aggressive economic roles of national governments.