As a general rule, scandals ruin political careers. But this rule does not seem to apply to every political figure equally. Political figures who maintain an image of being virtuous, or at least civil or decent, seem to suffer a heavier blow to their popularity from a scandal than those who routinely tread on the edge of decency.

Again and again, bad-mannered, foul-mouthed political figures get away with saying or doing outrageous things that could end the career of a normal politician. Prayuth Chan-ocha, the head of the junta that has ruled Thailand since 2014, threw a banana peel at reporters, 1 threatened to slam a lectern on journalists, 2 played on the head of a photographer while giving an interview 3 and threatened to close down media 4 and execute journalists. 5 None of these incidents significantly damaged his popularity.

As the president of a Catholic-majority country, Rodrigo Duterte called Pope Francis “a son of a whore”. 6 On one occasion, he bragged about having personally shot and killed three men. 7 On another, he talked of having thrown a man out of a helicopter. 8 Any one of these incidents could have ended the career of a decent, civil politician.  They failed to damage Duterte.

Let us call political figures like Prayuth and Duterte “scandal surfers”.  For they seem to ride on one scandal after another, all the while staying afloat, thriving spectacularly and taking little damage, like an adept surfer riding on one wave after another.

What allows scandal surfers to survive their own scandals uninjured?  How is it their outrageous behaviour fails to damage their popularity? I can think of four factors related to the media. These factors, I think, are significant, but by no means exhaustive. Other important factors probably include those to do with the personalities of the scandal surfers themselves, as well as the political contexts in which these scandal surfers operate.

Outrageous behaviour is more easily understood, and thus provokes immediate reactions more readily, than accusations about conflict of interest and abuse of power, which are usually harder to grasp. Outrageous behaviour makes for attention-grabbing headlines and sensational news, which encourage quick sharing, quip comments, and viral memes. It steals headline space and floods news feeds. In Thailand, the outrageous behaviour of Prayuth made more headlines during 2014-5 than some more important issues, such as the roadmap for elections.

This factor surely contributes to how scandal surfers thrive. I doubt, however, that it alone can explain very much.  It seems to me that scandal surfers thrive not just because people are distracted from more severe charges against them, but also because the public tolerate severe charges against them much more readily than they would a normal politician. Duterte’s bragging about having killed suspects is one example. Murder was a severe charge. Yet the Filipino public tolerated Duterte’s self-professed murder in a way that it’s hard to imagine they would do with any decent, civil politician.

A second factor, I think, has to do with newsworthiness. Once a politician does or says enough outrageous things, a story about “yet another outrageous thing this person said (or did)” becomes trite. It becomes less newsworthy.  Readers will grow weary and pay less attention to similar stories.

The media will then adjust their thresholds for that politician. The next outrageous thing grab headlines and stir people will have to be more outrageous than before (or outrageous in a different way). Another way of saying this is: scandals compete for attention, and once there are sufficiently many of them, their importance in the eyes of the public is diluted.

This was what happened in the case of Prayuth’s vulgar behaviour and threats towards the media. After many reports about Prayuth’s threats against journalists in late 2014 and early 2015, similar threats rarely made headlines since.  Prayuth’s threats would sometimes be mentioned in one or two lines in some news reports, but rarely feature in the headlines. 9

A third factor has to do with coordination failure. For an outrageous thing said or done by a political figure to damage him, it has to become the talk of the town. But that requires, firstly, that most, or at least many, of the major media outlets run the story simultaneously. Given the constant stream of outrageous things said or done by a scandal surfer (combined with the reduced newsworthiness of each), the media cannot run headlines or even stories on all of them, and it will be difficult for various media to pick the same issues to run.

Secondly, for an outrageous thing said or done by a political figure to become a major story, it’s often not enough that many major media outlets report on it. They also have to follow up on it, by asking the political figure to comment on his or her remarks (e.g. asking him to clarify, or asking whether they feel regret or will apologise), asking experts for comments and people affected for responses, and following up again on those comments and responses. 10 Given the number of outrageous things said or done by a scandal surfer, it is difficult for the media to coordinate to “follow up” on multiple issues.

4) The short lifespan of news

A fourth factor has to do with the short lifespan of news today. More and more people consume news through social media, and primarily through smartphones. The short life of news helps scandal surfers by making it more difficult for journalists to follow up on what scandal surfers do or say.

When readers move quickly from one story to the next, journalists are forced to do the same. News editors now have to be more responsive to readers’ taste than ever. Social media users now decide which stories are worth sharing. So the power to decide which topics occupy news space – the power to set agendas – away from the hands of editors, into the hands of social media users. The result is that what a scandal surfer says or does remains a mere remark or action, whose significance and implications are left under-explored. It is thus easy for scandal surfers to shrug off these remarks and actions and simply move on. 11 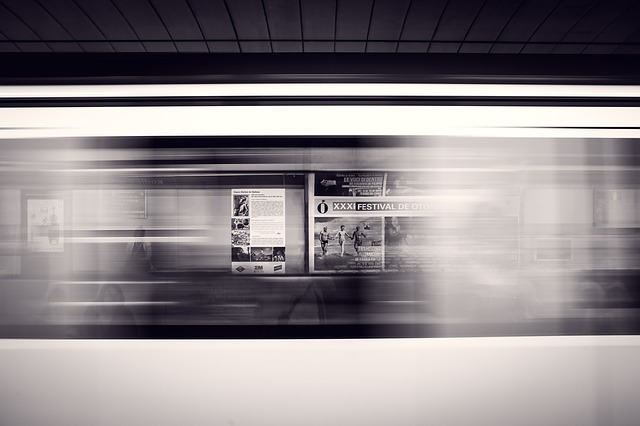 To be sure, factors to do with the media alone cannot completely account for the resilience of scandal surfers. For one thing, even when most of the major media outlets focus and follow-up on a severe charge against a scandal surfer, the public tends to be more forgiving of them than they would be of a more civil politician. (This was arguably the case, for example, when Duterte bragged about murder.) We need to explain why.

The resilience of scandal surfers must, it seems, be partly to do with their personalities and political contexts. At least two hypotheses seem prima facie plausible.

One hypothesis is as follows.  Given scandal surfer’s personality, people don’t take everything they say seriously. This helps them, because it encourages selective readings as to whether they really means what they say. Supporters of the scandal surfers will have no difficulty dismissing things that cause distaste as non-serious talk.

But there has to be more to it than that. Scandal surfers don’t simply project an image of being silly.  That would help people forgive them for their outrageous behaviour, but it would not preserve their image as leaders. It doesn’t seem a coincidence that virtually all scandal surfers are strongmen.

This leads to another hypothesis: that scandal surfers thrive because they are seen as strongmen, those that a country might need in times of crisis, and, in times of crisis, the kind of scandals they spawn – outrageous behaviour and comments – are a petty matter. Civil manners and polite speech are not expected from a strongman in a times crisis. Focusing on outrageous things said or done by a scandal surfer would therefore be seen as nitpicking, or as politicking in the worst of times.

There is ample evidence of scandal surfers using crisis rhetoric. Prayuth has talked time and again of the “special circumstance” facing the country, mostly in the context of justifying his anti-democratic orders. 12

But the rhetoric, it seems, also justified his strongman personality and, thus, his lack of civility.