“We want to use the EITI to ensure that these resources (Myanmar’s petroleum resources wealth) are developed and managed in a transparent manner for the sustainable benefit of our people”.
President Thein Sein of Myanmar, speaking 10 December 2013 1

Analysing the President’s statement above, this paper finds that the management of Myanmar’s oil and gas wealth is no longer the preserve of the Myanmar central government, but is now subject to public scrutiny and open to public critique. The Myanmar oil and gas industry has experienced rapid expansion, beginning in 1988 when the government began permitting greater foreign investment, exploration and production within the industry. 2 Consequently, the government has earned massive amounts of revenue from oil and gas exploitation. 3 Oil and gas revenues accruing to the government – both under the military and quasi-civilian regimes – has triggered hopes of increased development and simultaneously, concerns over state mismanagement of revenues. 4 The leader of the National League for Democracy (NLD), Aung Suu Kyi, has observed that revenues generated in the upstream industry have largely benefited a handful of top military leaders. 5

However, these negative impacts could be mitigated by the implementation of the Extractive Industries Transparency Initiative (“EITI”). The EITI is a non-governmental association under Norwegian law, which aims to promote transparency in the extractive industries, particularly in the area of State revenue management. 6 Myanmar adopted the EITI in December 2013 and was admitted as an EITI candidate on the 2nd of July 2014. 7 The EITI transparency framework is governed by a set of non-legally binding rules called the EITI requirements. 8 These requirements contain instructions for EITI-implementing countries on how to publish mandatory reports. 9 According to the current EITI standard, a report must contain information on revenue and also relevant contextual information. The former concerns the country’s oil and gas earnings; 10 whereas the latter concerns disclosure of licensing information, sales by state-owned companies and revenue allocation and expenditure. 11

Drawing from the contents of a report, concerned citizens, interested Members of Parliament and non-governmental organisations such as Earthrights International or Arkan Oil Watch could formally seek justification from the government for any action they find questionable. For example, it may be questioned why, at a time when Myanmar is not engaged in a military conflict, the amount of oil revenues spent on military equipment exceeds that for education or basic development. Questions such as these will generate public debate about resource wealth management, based on reliable and comprehensive information. Informed public debate could serve as a tool to provide the people, who are the true owners of the oil and gas resources, 12 with knowledge of how their resource wealth is managed. What is more, it will allow the people to express their views on how they think their wealth should be managed.

Crucially, an EITI report could be used to expose financial discrepancies in the government’s dealings with oil companies, thus exposing the serious systemic corruption often associated with the upstream industry. 13 Since “sunlight is the best disinfectant”; 14 publication of the first Myanmar EITI Report would make it more difficult for corrupt state officials to conceal their corruption. 15 An EITI report will also not only supplement already-existing criminal penalties for corruption within the Myanmar legal system, such as the offence of bribery 16 and misappropriation by a public official (criminal breach of trust) 17 but it will also encourage transparency in the Myanmar oil and gas industry as well as cause greater public awareness of corruption in that industry. 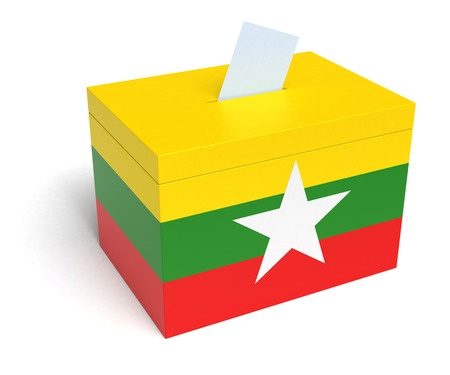 It must be noted that this approach to oil and gas wealth management, which relies on the concept of ‘people power’ and transparency, is inextricably linked to democratisation i.e. the replacement of an undemocratic political system with a democratic system. 18 However, the present political conditions in Myanmar may limit the people’s capacity to use information contained in an EITI Report. Publication of the first EITI Report would not deliver the desired outcome in conditions where an unpopular and corrupt government retains power because the people do not have the political capacity to replace it. For example, an EITI Report might bring to light the government’s failure to spend on basic public services. The same report could reveal that large amounts of oil and gas revenues are missing from the state’s accounts. In these conditions an EITI Report would simply inform powerless citizens that their rulers are benefiting at their expense. 19 If the government does not get its mandate to rule from the people, it has no incentive to act for their benefit.

The question of whether democratisation can be achieved in Myanmar remains unanswered. However, it does appear possible. For example, as a result of the 2010 general election and the 2012 by-election, a quasi-civilian government led by Thein Sein now rules Myanmar. 20 Elected candidates of the pro-democracy NLD were also permitted to sit in Parliament. 21 In addition, while giving a formal statement in the general debate at the 67th session of the UN General Assembly in 2012, President Thein Sein stated that Myanmar had taken “tangible irreversible steps” towards democratisation and announced Myanmar’s departure from military rule. 22 This is an encouraging development because democratic practices, such as honouring election results and abandoning authoritarianism are prerequisite to Myanmar’s successful implementation of the EITI. Therefore, if the Myanmar government is serious about the EITI, it must consider democratisation as a priority. This would ensure that the government listens to its people’s views on oil and gas resource management, not the military’s.