In 2006, Hanoi University celebrated its 100th birthday. In his celebratory speech, the University Rector, Prof. Dao Trong Thi, emphasized the importance of the institution’s history. Referring to its colonial birth, he highlighted almost a century of Vietnamese higher education.

Created by the French twice, in 1906 and 1917, the Indochinese University particularly developed in the interwar period after its rocky start. It remained open during WWII before its appropriation by the Democratic Republic of Vietnam in 1945. It might be suspected that this post-colonial era would have reduced its zone of influence; but from the start, Hanoi University always had striven to be a regional academic hub, especially in South-East Asia.

“A set of higher classes for students from the colony and neighbouring lands is established, in Indochina, under the name “Indochinese University”. This institution aims to expand in the Far-East, especially through the use of French language, European scientific knowledge and methods.” 1

Since 1902, Chinese students had started to enrol in Indochinese higher schools, mainly Hanoi School of Medicine.The university tried to enlarge this Asian recruitment in order to increase the French influence in the area through the propagation of French knowledge. At that time, Japanese higher schools, renovated in the 1880s, were attracting increasing numbers of students. The British were also creating new institutions in Hong Kong and Singapore. A French institution was seen as a way to compete with them and to prevent local students leaving the colony. As early as 1906, Paul Beau sent letters to French diplomatic representatives in China, Siam, the Philippines, Indonesia and a few more distant lands including Japan and India as an effort to attract potential students. But this regional advertising was hardly efficient: South-East Asian students stayed away from Hanoi and the first – and only – year group was comprised solely of Vietnamese, mostly from the Tonkin region of northern Vietnam. This project suddenly floundered: having opened in 1907, the Indochinese University was closed in 1908 because of financial issues.

This first failure did not prevent some Asian students from heading to Indochina: Chinese students from the borderlands, especially Yunnan, continued seeking out the school of medicine in the years that followed. They generally frequented Franco-Annamite or Franco-Indigenous schools in China. Furthermore, some of them were resuming their studies. Lieou Han Kouang from Kai-Houa (Yunnan), quit a military career to head to Hanoi to study medicine. This non-commissioned officer had learnt French in Shanghai and Mongtseu. After having his so-called “worthiness” checked, and thanks to support from Hanoi School of Medicine’s French director, Dr Cognacq, he left China on February 2, 1918 and enrolled in the school. 2 The Hanoi University would reopen in 1917-1918 for the second time. However, French authorities were becoming increasingly suspicious of cross-border nationalism so some new rules were dedicated to this specific audience. Students were admitted for precise purposes, like helping and assisting French medical doctors in their country of origin. 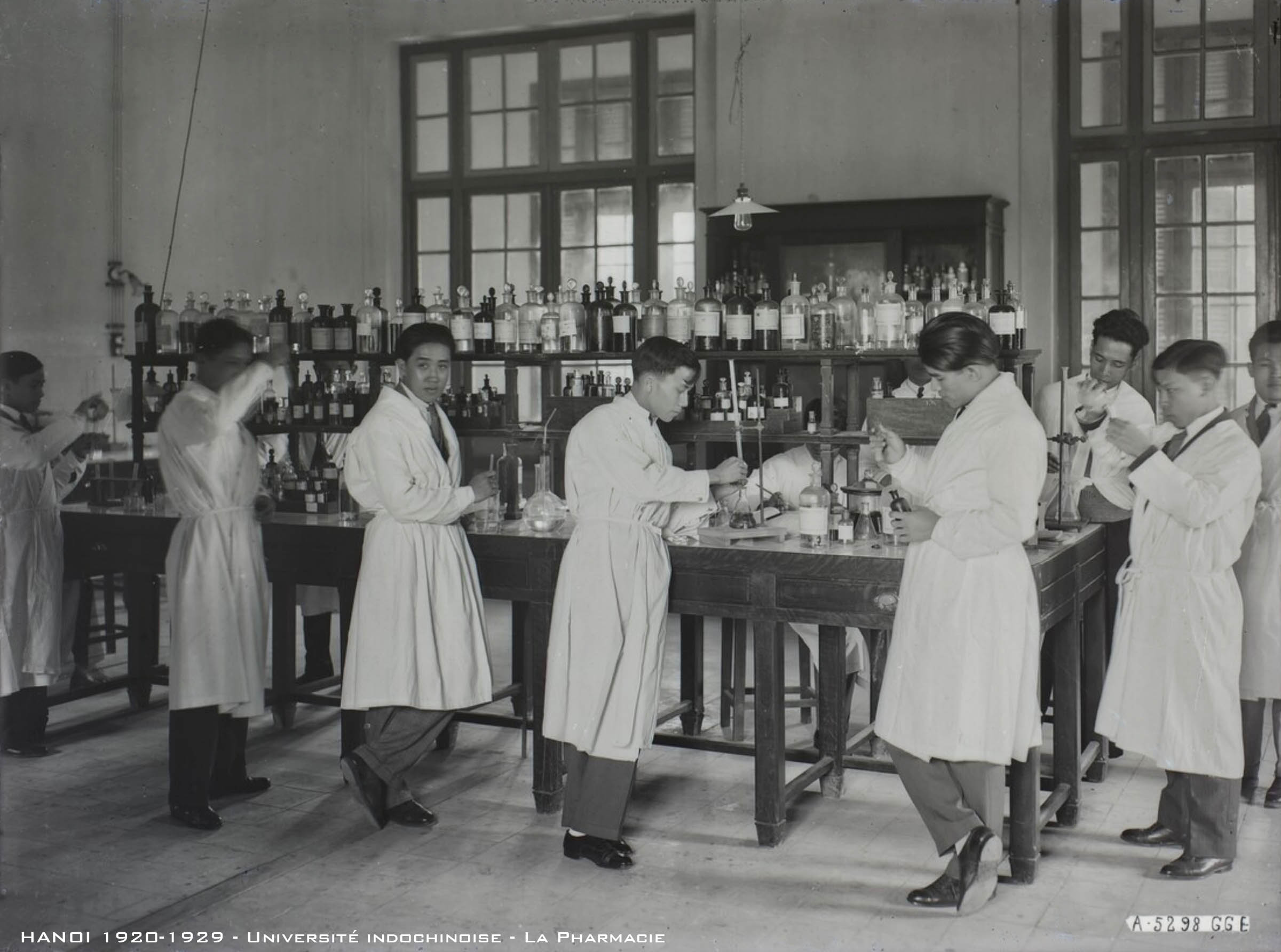 Did the reopening of Hanoi University in 1917-1918 give a new momentum to this regional influence? It seems difficult to say. The renewed institution was comprised of five schools: medicine, public works, administration, teaching, and agriculture-forestry. Despite students from Southern China being attracted to Hanoi particularly by medical studies, this assessment must be put into perspective: most of the Chinese, according to the French historian Daniel Hémery, would rather chose France, 3 or other Asian, European or American countries, instead of Indochina. The Indochinese University’s audience remained local, all the more so as no mention of a regional purpose was included as part of Governor General Albert Sarraut’s plan in 1917:

“I’ve established a Board for Higher Education whose mission is to prepare the creation, organize the system and formulate the curriculum of higher schools that will be opened in Indochina to French and Native students and will be gathered to constitute the Indochinese University.” 4 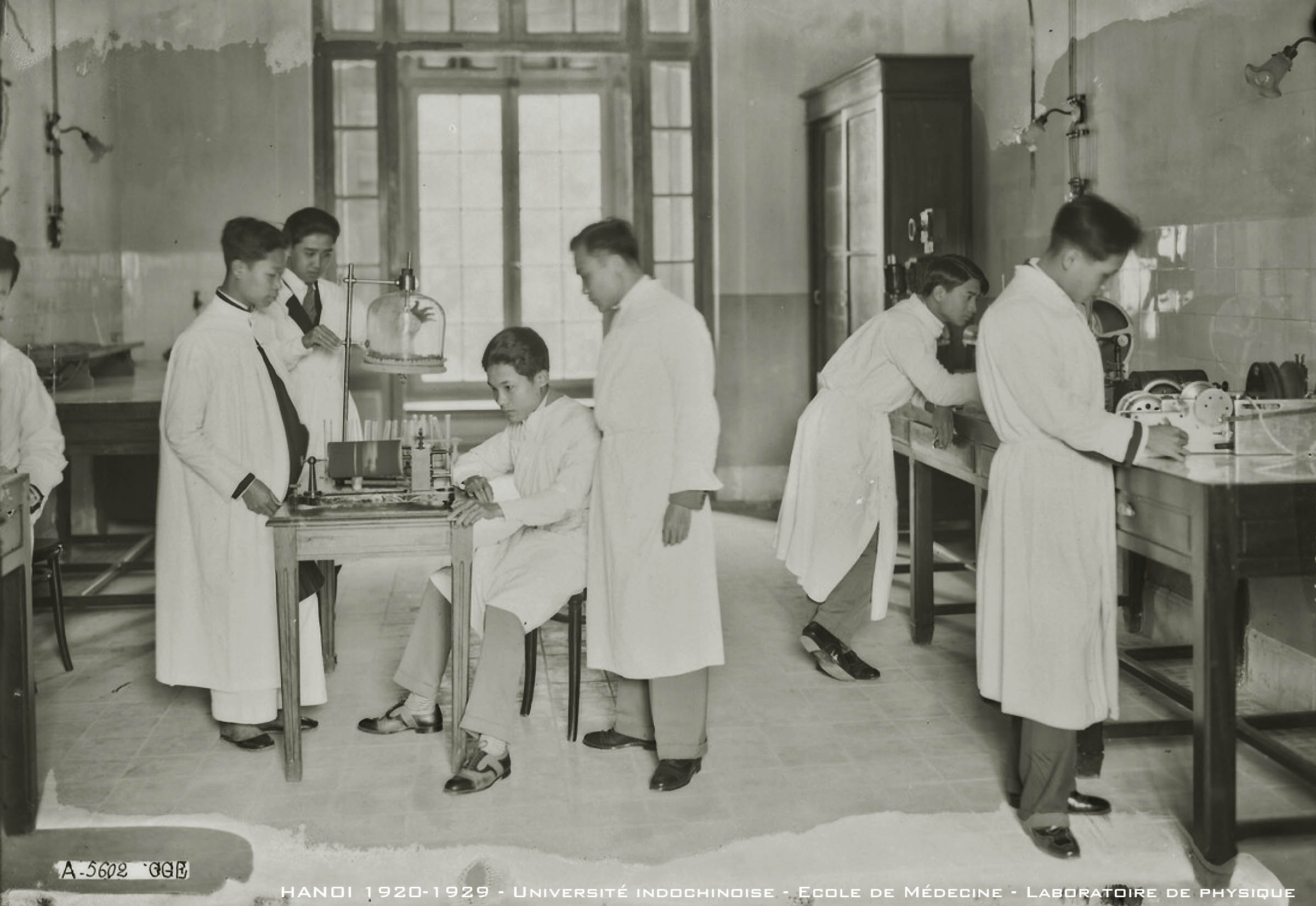 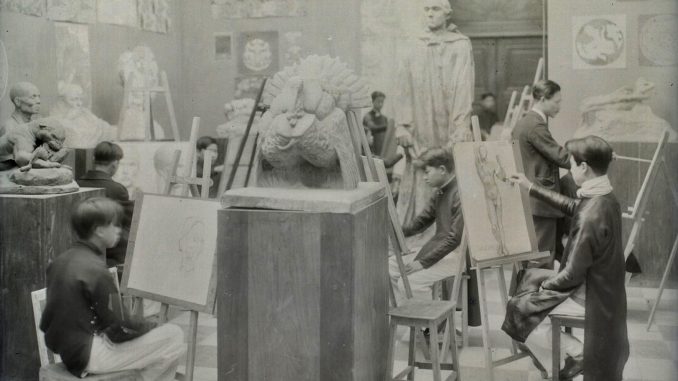 When the Business School (1920), the School of Applied Sciences (1922), the School of Fine Arts (1924),  the School of Veterinary Training (1928) and finally, a Law School (1931) opened, this local trend still remained. By 1929, 511 students frequented the university. About half of them came from Tonkin, the northern province of Indochina where Hanoi is located. Around one-quarter were from the South, Cochinchina, and between 10 percent and 15 percent were from Annam (central Vietnam). In a nutshell, the Indochinese University was above all else a Vietnamese University. It was neglected by the Cambodians and the Laotians, even though their lands were parts of French Indochina. As Buddhist education was preserved by the colonizers, they were taught in pagoda schools, inside or outside the colony, in Siam for instance.

This trend would become noticeable in the later colonial period, when in 1939-1940, 732 students were studying at Hanoi university (table 1).

Number of Students at the Indochinese University in 1939, according to their Origins

The beginning of WWII provoked a rise in French attendance at Indochinese higher institutions. The war complicated and sometimes interrupted connections with the metropolis. As French students were unable to reach their homeland, their number consequently grew during the conflict, and exceeding 350 individuals by 1944.

Slowly but surely, the Indochinese University became a local institution, giving up its regional role. Hanoi became a hub for Vietnamese students, but even so, some Vietnamese students chose to leave the colony to study abroad. Canton, in South-East China, and its Whampoa Military Academy, attracted several of them during the Interwar years.

Even though its influence on post-colonial Vietnam is undeniable, the development of higher education in Indochina must be considered as a piece of a wider system too. Hanoi university has connected this French-subjugated territory to other Asian lands, creating new circulations, as I aim to show through my ongoing PhD research on student mobility in colonial Asia (1850s-1940s).

Sara Legrandjacques
Sara Legrandjacques is a PhD candidate and research fellow from the Centre d’histoire de l’Asie contemporaine (CHAC) at University Paris 1 Panthéon-Sorbonne and affiliated to UMR Sirice.
Since 2015, her research has been dealing with student mobility in colonial Asia, from 1850s to 1940s, through a comparative and crossed study of British India and French Indochina.
She is interested in history of Asia during the colonial period but also modern history of education and global and connected history. She is also a tutor in Contemporary History at university Paris 1 Panthéon-Sorbonne and the author of the academic blog Voies étudiantes. You can contact her at sara.legrandjacques@gmail.com.

Thanks to manhhai for the use of historical photos 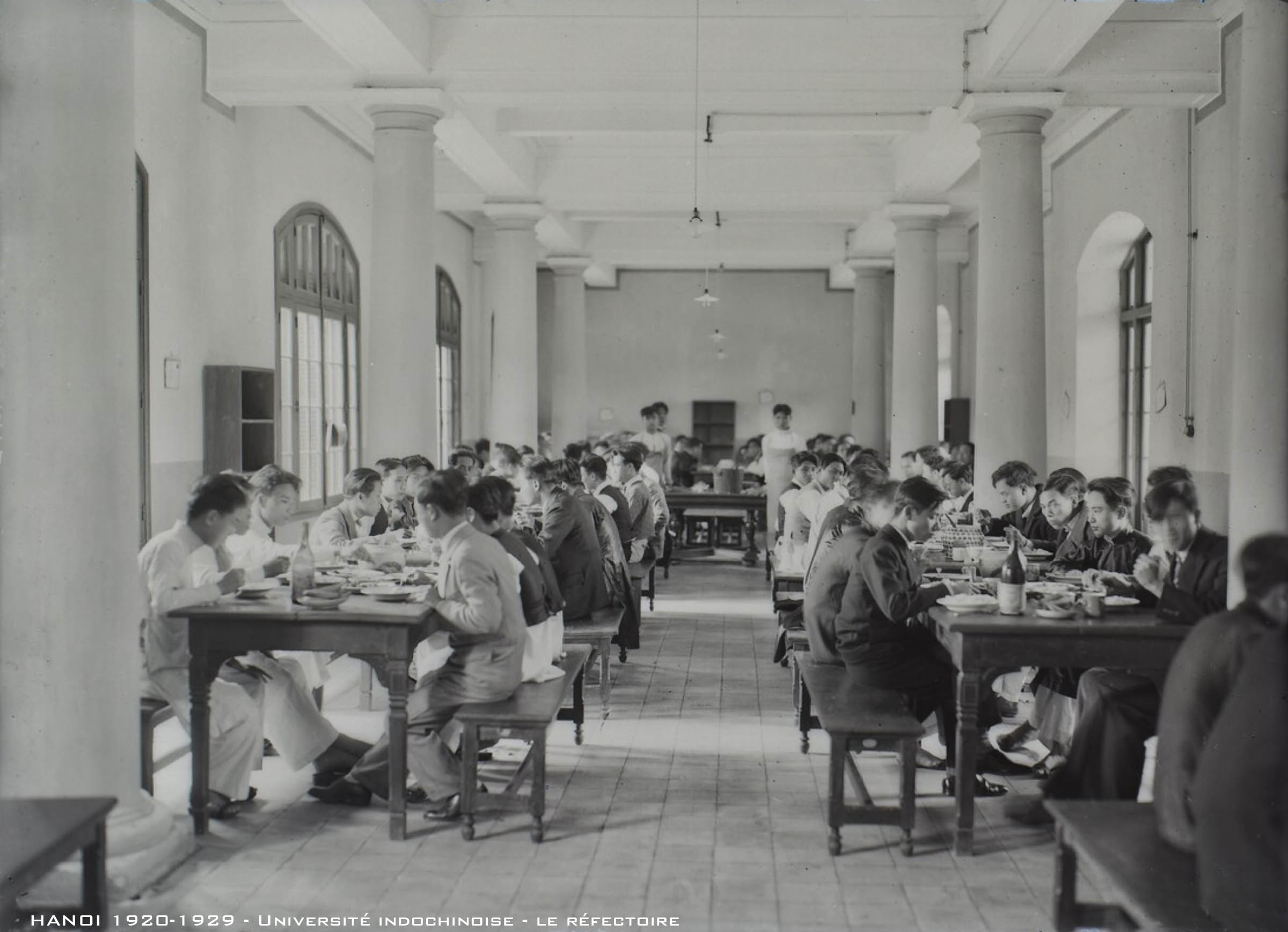