Since the early 1990s, Thailand has experienced two decades of movements toward more decentralization—i.e. the transfer of authority, responsibility, and resources from the central government to local ones. While local development is flourishing, there are a number of challenges impeding the moving to more local governance, noticeably the central government bureaucrats’ attempts to maintain and protect their power and interests (Chardchawarn, 2010). Relations between central and local governments in Thailand are those of fluctuation due to political instability caused by a series of coups over the past sixty years. Once again, the latest coup on 22 May and the subsequent military junta have posed a new threat to the already vulnerable local governments. The objective of this short article is to provide an overview of the evolution of decentralization in Thailand, articulate problems impeding its progress, and address the potential threat under the junta rule.

The beginning of local governance and the decentralization movements in Thailand can be traced back more than one hundred years. Despite several attempts to nurture and strengthen the concepts and practices of decentralization in the 1930s and 1940s after the democratic revolution, political instability hindered the growth, if any, of decentralization (Charoenmueang, 2007). However, from the 1980s to the early 1990s, Thailand experienced rapid economic development that led not only to infrastructure and telecommunication improvements, but also to socio-cultural and political developments, particularly political awareness and calls for self-governance nationwide.

In the 1990s, a set of phenomena marked a substantial change in the history of decentralization (Krueathep, 2004; Nagai, Mektrairat, & Funatsu, 2008). After the Black May incident in 1992, in which popular protest against the junta and bloody military crackdown took place in Bangkok, decentralization was considered as one of the most significant measures in consolidating Thai democracy (Chardchawarn, 2010). The following years of 1994, 1997 and 1999 witnessed the enactment of three important decentralization-oriented laws: the Subdistrict Council and Subdistrict Administration Organization Act 1994; the Constitution of the Kingdom of Thailand 1997; and the Decentralization Plan and Process Act 1999. These laws recognized the importance of local governance, establishing over 6,000 local governing bodies across the nation to carry out fundamental public services, and set goals to transfer to them substantial responsibilities and resources from the national government (Nagai et al., 2008). 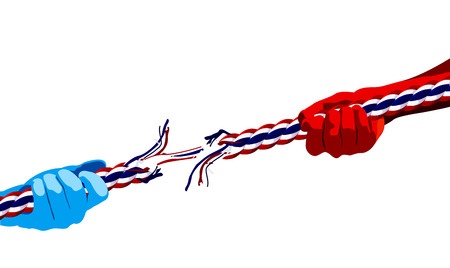 Twenty years later, levels of development and prosperity became evident throughout the country, especially in terms of infrastructure and living quality in rural jurisdictions (Siriprakob, 2007). As the Thai people witnessed tangible changes in their locality, they paid more attention to and became aware of the importance of local politics and self-governance. Haque (2010) argues that decentralization has brought about a number of positive outcomes, including the increase of people’s participation, need-based service delivery, accountability, and political education.

Third, the ambiguity that remains in the relations between the central government’s administrative agencies and local governments allows ministries and their agencies to control and intervene in local governance in both formal and informal manners (Chardchawarn, 2010; Haque, 2010; Nagai et al., 2008).

In recent years, there have been calls for more decentralization from diverse groups—for instance, supporters of the “self-governing Chiang Mai” movement (Chanruang, 2011); supporters of the Student and People Network for Thailand’s Reform (STR) and the People’s Democratic Reform Committee (PDRC), which proposed a nationwide decentralized criminal justice system (Dailynews, 2014; PatNews, 2014); and local government politicians and officers who rallied on the street to ask for a higher share of the national revenue (Isara News Agency, 2013). Detailed proposals by these groups were diverse but what they shared in common is the belief that local governance is key for national development and decentralization of more responsibilities and resources is needed.

Then came the May 22nd coup. It put an end to a prolonged political turmoil, as well as to the diverse calls for more decentralization (e.g. Prachathai, 2014b). This coup differs from the preceding ones in many aspects, one aspect of which is about decentralization. While the 2006 coup and its interim civilian government did not alter local governance structure, the current one and its military junta wish to do so. 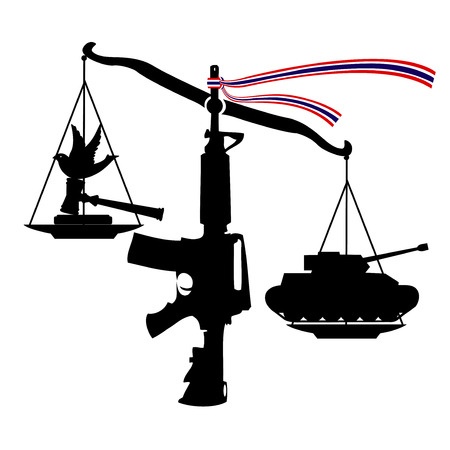 Along came the Junta. Time for tug-of-war?

The junta leader, General Prayuth Chan-ocha, said on his weekly televised address on July 4th that the National Council for Peace and Order (NCPO) was “considering the guideline of appropriate selection process [emphasis added] and may appoint the selection committee to replace both the Bangkok Metropolitan Council and [councils of] Provincial Administration [Organizations and other local governments whose term has expired or is expiring]” (Royal Thai Government, 2014b). Less than a week later, the NCPO issued two announcements 1 stipulating guidelines for the selection process (Royal Thai Government, 2014a). In essence, the announcements set up provincial selection committees comprising of a number of bureaucrats, whose task is to select individuals to replace the expired local government council members and executive officers. According to the guideline, two third of a local government council must be either active or retired bureaucrats (Royal Thai Government, 2014a).

Democracy could be undermined at the local level

The announcements are anything but a promising sign to decentralization proponents (e.g. Matichon, 2014; Prachathai, 2014a). Their main concern is that not only the NCPO’s decision will hinder the decentralization movements, but it will also undermine democracy at the local level. Some go even further arguing that the NCPO’s decision could potentially lead to the reintroduction of the Monthon system—a local administrative system that imitated British colonial rules—employed between 1897 and 1933 during the absolute monarchy regime.

The fact that the NCPO is altering the local governance structure by recentralizing political power also serves as evidence of what some students of Thai politics would call the “tug-of-war between centralization and decentralization.” If so, it is nothing new. The struggle for control has already lasted for more than a hundred years (Chardchawarn, 2010; Wongsekiarttirat, 1999). But given the present situation, it seems that at this time, the odds are in the favor of centralization.