Long before the concept of ASEAN which established treaties, the ancient kingdoms of Siam and Luzon had been engaged in trading as well as sending troops by the latter to fight the Burmese during the Sukhothai Dynasty. But it was only on 14 June 1949 the Philippines and Thailand signed the signed the Treaty of Friendship, formalizing their bilateral relationship.

Philippines was a popular destinations among Thais before World War 2 since the country’s education system was patterned to the American curriculum aside from cheap tuition and living compared to the United States and England. Among the popular Thai personalities who were Philippine educated is the popular band, Kalabaw. The members studied at the Gregorio Araneta Foundation (La Salle). The band’s name is from Tagalog “kalabaw”. Adamson University, Central Luzon State University and the University of the Philippines are known universities where Thais usually studied.

But the trend has come to an end as the Philippines political and economic stability declined.

Migration and the AEC

The pattern of migration significantly change in the past years due to the strong collaboration of South East Asian nations.  AEC aims to give employment and other economic opportunities to 622 million people. With a US$2.6 trillion market, AEC is the third largest economy in Asia and the seventh largest in the world. 1

There are only eight professions in the MRAs (Mutual Recognition Agreements) allowed for skilled labor recognized to work in ASEAN region. These are medical doctors, dentists, nurses, architects, engineers, accountants, surveyors and tourism professionals. The teaching profession may be excluded, but, it is, nonetheless the most in demand among the non-English speaking countries.

But with the recent changes in the ASEAN Region, is English teaching still a lucrative job in Thailand, especially among the Filipinos who are still considered Non-Native English speakers (NNES)?

According to the Department of Employment of Thailand the Filipinos have taken top migrant workers out of the nine countries taking jobs in teaching, management, engineering, architecture and business. According to the department, the top five were the Philippines (14,830), Malaysia (2,924), Singapore (2,034), Myanmar (1,948) and Indonesia (1,279). 2

Ranked 15th in the world by EF English Proficiency Index in 2017, the Filipinos are sought after to work overseas. Non-English speaking countries like Thailand has been a steady destination of professionals seeking English teaching job since the late 2000.

In the ‘70s few Filipinos came to work with Bangkok-based international agencies or multinational firms, as missionaries or entertainers. However, only during the year 2000, when Prime Minister Thaksin Shinawatra opened the country for foreign teachers to teach English that professionals like nurses, engineers, teachers, and simply those with the ability to speak English came to become English teachers.

It is estimated that there are 17,921 Filipinos in Thailand according to the Philippine Embassy. However, the figure could change significantly due to the movement of the Filipinos in the Kingdom. The Philippine Embassy  also expresses this sentiment due to the nature of entry of many Filipinos who eventually became workers. It is assumed that the 4,000 undocumented Filipinos on the record as of December 2015 were either tourists or workers with expired work permits or not issued with working visa.

Search for a better life

Due to recent economic and political failures, thousands of people from various professions leave the Philippines in search of the proverbial ‘greener pasture’. This pasture may meant teaching English as Foreign Language (EFL). As an ASEAN member country, Filipinos can stay up to 28 days visa free.

Filipinos came to Thailand due to these factors: no permanent jobs; low paying jobs; limited financial opportunities; stressful relationship; stressful work ; desire to uplift the standard of living; looking for adventure; change of lifestyle;  and encouragement from friends and relatives who are already in Thailand. 3 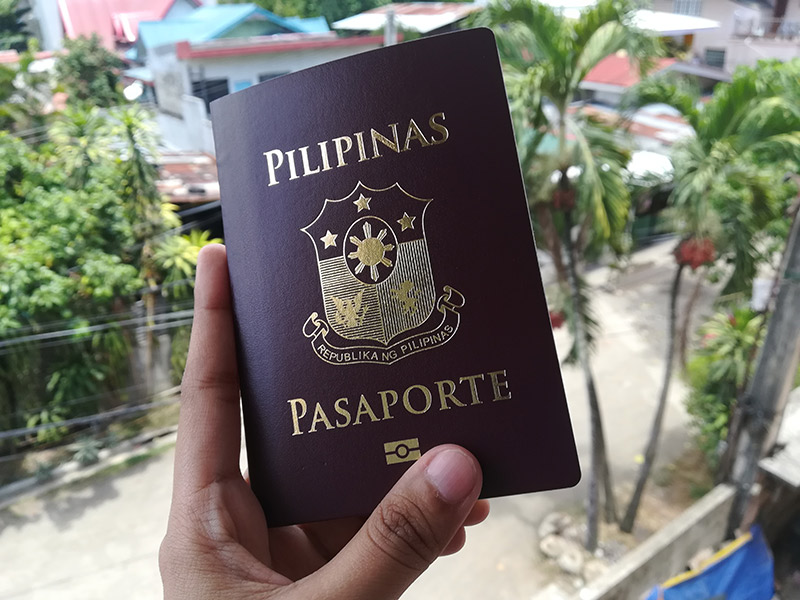 Filipinos admitted that they were tourists upon their entry and later found employment as teachers in different provinces in Thailand. They are given a one year Non-B visa (work visa) and a work permit. Contract is renewable for another year depending on the performance of the employee and the ability of the employer to pay.

The tourists are now ajarns, khun khruu or teachers.

In popular job site ajarn.com Filipinos are rarely paid the same salary as the Native English speakers (NES). Salary of NES ranges from 35-60 thousand baht, while the Filipinos are offered from 18-30 thousand baht. A number of Filipinos in Facebook forums mention that they get an average of 18 thousand baht, making them work outside of the school hours as part-time English tutors. But this does not deter them, instead, a challenge to prove themselves.

It is not surprising to find a Filipino teacher in the remotest village and in top universities in Thailand. Among them is Professor Analiza Perez-Amurao, a multi-awarded lecturer and a recipient of the 2011 Bagong Bayani Awardee, has been teaching in Thailand since 2006. She currently chairs the Humanities and Language Division of Mahidol University International College.

Due to similar climate, and appearance, the Filipinos easily adapt to their new environment. In most schools around the country, Filipinos can speak and understand the Thai language. Besides English, they are also teaching Mathematics, Science, Social Studies and arts. 4

As a receiving country, Thailand benefitted from the Filipino teachers who teach English in educational institutions. Qualified Filipinos are given supports by their employers to continue further studies, and research grants. These skills are given back to the Thai students.

As a sending country, the Philippines receives monthly remittances thus, strengthening the purchasing power of the individuals in the micro-level. In the end, the skills and knowledge gained by the teachers will be useful in the Philippines if they choose to come home.

Despite their personal and institutional problems, the Filipino teachers remain steadfast and dedicated to the teaching profession. Their contribution to the development of the English skills of the Thai children which in turn would be the generations of Thai professionals cannot be undermined. Cultural exchange is also an important factor to look at the wave of Filipino migrant teachers in Thailand because it also cemented the historical ties between two countries.

Eunice Barbara C. Novio
Eunice Barbara C. Novio is from the Philippines and presently resides in Thailand where she teaches English at Vongchavalitkul University in Nakhon Ratchasima and adjunct lecturer at Philippine Christian University-St. Robert’s Group of Companies. She is a graduate of the University of the Philippines Diliman, with her MA in Women and Development through a Women Leadership Scholarship given by Channel Foundation (Seattle). She has written various research and scholarly articles about women, EFL (English as Foreign Language) and migration.She is also a correspondent of the Inquirer.net US Bureau.