In recent decades, overseas Filipino workers (OFWs) have become an important sector in Philippine society and economy. The government recognizes OFWs (formerly called overseas contract workers, or OCWs) as the country’s new heroes – mga bagong bayani – primarily because their remittances are a vital source of revenue. The term OFW includes a diverse group of Filipinos working overseas: they can be emigrants or contract workers, documented or undocumented. In statistical compilations, they are categorized as emigrants and OFWs. As of 1999, there were 2.8 million Filipino emigrants and 4.2 million OFWs, of whom 2.4 million were documented and 1.8 million undocumented. The OFWs are further statistically classified as sea-based workers, who are largely male, and land-based workers, who are increasingly female. This essay highlights the growth of women’s participation in the ongoing Filipino labor diaspora and the government’s active promotion of overseas labor migration.

Media reports on the fate of overseas migrant workers underscore the changing nature of the Filipino international migration experience. Statistics confirm that it is becoming progressively female-dominated and services-oriented. Filipino labor migration also occurs within a larger context of labor circulation in the ASEAN region, in which people in search of work increasingly cross borders and certain countries both send and receive migrants. Of note is the growing trend of Asian women from less developed countries taking over the dreary aspects of reproductive work in more developed countries within the region. Filipino and Indonesian female workers, for example, dominate the domestic work sector in more prosperous Malaysia. While their “value” in the service industry is not equal, their experience of exploitation is similar. Equally comparable is the wide-scale experience of abuse of Filipino and Indonesian female domestic workers in Middle Eastern countries. At various points in the history of their labor export programs, both governments have been forced to impose a moratorium on the deployment of workers in an effort to protect them from abusive employers. 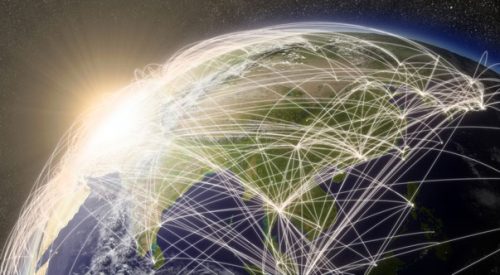 Concerned member-states of the United Nations have vigilantly lobbied for guarantees of protection of migrant’s rights on the international level. One of the few legally binding documents pertaining to international labor migration, the International Convention on the Protection of the Rights of All Migrant Workers and Members of their Families, required more than a decade of lobbying before it was ratified; it was adopted by the United Nations in 1990. In academia, research by scholars based in the West examine how Filipina migrants negotiate the emotional costs of living transnational lives, as well as the mechanisms by which they practice everyday “resistance.” Albeit discursive, this research contributes toward an analysis of the impact of globalization on actual lives.