The authors examine how the 1997 Asian financial crisis affected Chinese-owned businesses in Malaysia. They suggest that size, sector, debt, and diversification were important factors in determining which businesses succeeded and which failed. Large enterprises operating mainly in the construction, real estate, and manufacturing sectors, with huge debt exposures, and whose diversification programs were speculative and loan-driven were most seriously hit by the crisis. Enterprises that had acquired quoted equity or expanded into the financial sector were also badly affected. These included “corporate raiders” known for buying large numbers of shares of targeted companies with the aim of driving up share prices before disposing of them at a huge profit. 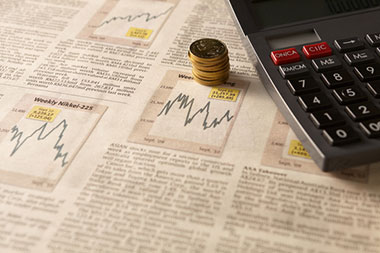 Those that survived the crisis were enterprises that remained prudent and selective in their operations and expansion. These “resilient” businesses displayed four characteristics: they engaged in “real” businesses producing goods and services; they were involved in economic sectors less vulnerable to the financial crisis; most concentrated on their core business; and they largely avoided crippling debt, having sufficient asset backing and income flow to service debt and retaining profits as reserves. Some resilient enterprises had significant investments outside Malaysia, which shielded them from currency devaluation. But others lost significant assets in Hong Kong, Vietnam, and Cambodia.

Chinese small and medium enterprises (SMEs) survived reasonably well. Ironically, they were spared the debt problem because they had earlier found it difficult to secure bank loans. Certain small industries actually benefited from two factors arising from the financial crisis. First, the devaluation of the Malaysian ringgit aided the competitiveness of Malaysian producers in the international market, although some suffered from reliance on imported materials, machinery, and parts. Second, continued political and economic uncertainty in Indonesia led a number of multinational companies to shift operations to Malaysia. SMEs are significant because manufacturing remains the most important sector in the Malaysian economy and many have production linkages with large-scale industry, including local Chinese companies.

The Asian crisis should serve as a reminder that attention to the strength of Chinese business in Southeast Asia should not preclude analysis of its failures. Many failures are due to mismanagement, poor quality products, low technology, lack of product and production innovation, over-borrowing, and moving from core businesses into speculative ventures. The recent financial crisis revealed the variety of business forms utilized by Chinese to develop their enterprises and showed that the strengths and weaknesses of Chinese business in Southeast Asia are mainly structural in nature.