“We are the nameless dead now.” This is Migrante’s refrain all throughout the novel, an extended metaphor that summarizes the existence of Rizal, the novel’s protagonist, and his silent sigh to a world mostly indifferent to his struggle. This is the kind of abjection that J.W. Henley, a Canadian journalist and novelist, tried to portray in his third novel about Southeast Asian economic migrants in Taiwan. The novel tracks the journey of Rizal, one of the many poor Filipinos who pinned their hopes to the promise of upward social mobility earned from working abroad, from his life living with the dead at one of Manila’s biggest graveyard to life-numbing routines as a low-skilled migrant worker in Taiwan; first as a seafarer then as a factory worker.

As a Canadian middle class writing about a low-skilled Filipino transient worker in Taiwan, Henley confronts the thorny problem of narrating a life, whose class, race, ethnicity and socio-cultural background, that is far removed from his own experience and position in the island-state. As Henley admits early on in the book: the story is not his. However, because of his several years of experience writing about the lives of Southeast Asian migrant guest workers, from domestic workers, factory workers to seafarers, in various periodicals, he was able to garner enough material to come up with a rich and empathic portrayal of his protagonist, Rizal, and the host of other migrant underclass characters populating his novel. The proceeds of his book would also be donated to a shelter and labor unions connected to migrant workers’ advocacy in Taiwan.

Henley’s deep compassion for, and even camaraderie with, Southeast Asian migrant underclass shines through his narrative. While the novel dwells on the pitiable working and living conditions of migrantes in Taiwan, the character is far from pathetic. Rizal is a fully-fleshed character who invites the readers to root for him, perhaps not towards success exactly but towards survival. The novel follows Rizal as he navigate the various landscapes and “lifetimes of disposability” (Pratt, Johnston, and Banta 2017): from literally living with the dead, inside excavated tombs functioning as his and his mother’s bed in one of the most impoverished areas in Manila’s megacity, to the brutal life and work conditions as a migrant fisherman on a ship managed by a cruel Taiwanese captain, down to his last stake to make it abroad inside an isolated marble manufacturing factory, only to be deported after a workplace accident pinned on him by their Taiwanese supervisor. In all of these experiences, the protagonist’s mantra on how it is to be a nameless dead takes on another and deeper level of abjection, both at home and in foreign shores, where much of the drummed up promises of development and modernity in mobility in the age of the Asian century does not happen nor tricked down for disavowed subjects of globalization like Rizal

Yet, even in his utmost abjection, what makes Rizal such an endearing and relatable character is his notion of hope grounded very realistically on the kind of suffering he confronts on a daily basis. He knows that he is receiving the short end of the stick, yet he stuck by his fate-playing ventures of going to Taiwan if only to offer his mother a decent kind of life as soon he returns home. This better life is made up of humble dreams: having enough money to be able to rent a cheap apartment in Manila for him and his mother so that they get away from the cemetery which seemed to have entrapped them. This is why, even in the most brutal routines of being worked to death while deprived of ample food or proper accommodation in their chuanzing’s ship, Rizal seemed to hold on and grapple with this kind of “cruel optimism,” tethered to a prospect of things getting better despite evidence to the contrary (Berlant 2011). Before being dejected into this world of a good life deferred, he even remanded his fellow colleague to be grateful about their life because they do not have anything else to hope for when they get deported home. 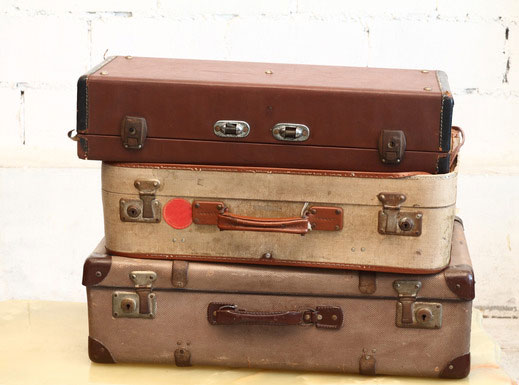 The nameless dead metaphor does not however just describe the various forms of victimization the character encounters in the novel. The most interesting aspect of Migrante’s portrayal of the social and emotional worlds of migrant underclass is how this brutality extends not just to actual struggles against oppressive structures that render their lives and bodies vulnerable, exploitable and disposable, but also in the cruel humdrum and monotony of going through their routines of survival. The prose meditates on how time passes by for Rizal, while looking at empty tableau of poverty in Manila Bay as his friend sniffs a plastic filled with cheap Rugby, while resting on hardwood deck of his ship on mornings before they go on their nightly ventures on deeper seas, while sleeping on their prison-like dorms in the factory, even while inside comfort and safe zones of nonprofit shelters accommodating and servicing distressed migrant workers. The painstaking depiction of temporality of indentured labor in the author’s prose may sometimes read as an existential distraction from an otherwise political advocacy for underprivileged guest workers. Yet, it can also be the novel’s most potent and affecting vindication against the regimes of migrant labor that subject Rizal and other migrant workers to a life where uncertainty and precariousness, shaped by both “regimes of mobility and immobility” (Schiller and Salazar 2012), redefine the prospects of thriving as little hopes of surviving through their two or three year contracts. 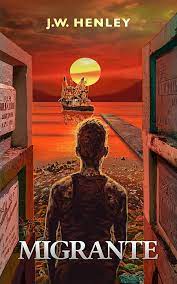 While the novel succeeded in portraying Rizal and other migrant workers, the same kind of complexity to characters are not given to those that facilitate these migrant workers’ mobility. The recruiters from Manila, Tiyo Benjie, and the Taiwanese labor agent, Mr. Chen, are depicted almost like a caricature who prey on unwitting victims like Rizal, giving the readers a very limited picture on the fraught processes of migrant labor brokerage. Perhaps, this might be one of the pitfalls of depicting the migrant problems solely from an archive of testimonies of migrant worker victims, as the perspective of these narratives may paint a simplistic stories of a deep-rooted problem of migrant labor recruitment, both at home and abroad.

While the system of recruitment, deployment and placement of migrant workers tend to be generally predatory, it is also crucial to see how the people involved in the marketing migrant underclass labor as active agents of a complex system that operates via the logic of global capital that dehumanizes the bodies and labor of migrant laborers. In short, most of them do these not because they are cruel and unethical but because this is how the system works most of the time. To represent them as uncaring and greedy capitalists might not only be unnecessary but may also simplify the deeply systemic problem that allows migrant workers to be victimized even with potentially harmless and benign setup of labor brokerage. Which is why the novel, towards the end, becomes interesting as it allows for a glimpse of how structural the problem is. After Rizal was given permit to change work classification, the nonprofit shelter organizers are able to place him as a worker in a marble processing factory where he was again treated as an exploitable and disposable body. The fact that his placement is no longer arranged by scheming recruiters like Benjie nor Chen but by well-meaning individuals who are actively looking out for his interest attests to how deeply systemic the issue of migrant labor brokerage is.

Finally, one of the most distracting features of the novel is the occasional use of various language, particularly Tagalog, in perhaps lending authenticity to the voice of the characters in the novel. Even though these are just some few words peppered in the novel to give a certain linguistic credence to some dialogues of Filipino characters, some of these words and even phrases read like transliteration to readers who are native speakers of the language. For example, words  and phrases like “Pinagsisihan,” (p.27) instead of “pasensiya na” for “Sorry” or “Maari kang pumunta” (p.28) instead of “makakaalis ka na” for “you can now go” and a few other lapses that make the characters sound like 20th century Filipinos in contemporary Manila, are unfortunate translation that constantly reminds the Tagalog readers that this is indeed written by a Canadian writer.

Other than these issues, Migrante is a rich novel that will be of interest for literature and cultural studies scholars of diaspora, especially those who are looking at the ever growing archive of literary, artistic, visual, cinematic and performance texts that provide rich social portraits of Southeast migrant workers in East Asia. While stories like these abound in many scholarly ethnographic accounts and journalistic presentations, novels like Migrante are important interventions to these forms of knowledge as these cultural production allow for complex and diverse representations that widen the readers’ imagination of migrant workers’ lives and labor beyond the discursive framing of victims and heroes by portraying their inner worlds through the grammar of fiction.