The title, “How long is now?,” alludes to a mural along Oranienburger Strasse, Berlin-Mitte, on what was once a SS centre and Nazi prison, then a public East German building, and after the fall of the wall, a centre for dynamic artists; the building is now abandoned. The mural is a glance back at Berlin’s recent creative past, in prolonged waiting for the future. To me, the mural also encapsulates the dynamism as well as the sad fate of the Indonesian students in Jakarta who, in the autumn of 1998, kept me lecturing and discussing until late at night. They were searching for ways of reclaiming a critical history of what had materialised since the late 1940s, including of why the then-largest reformist popular movement in the world could be eliminated and some 500,000 people killed by military and ‘civil’ militias in 1965-66. The moment of transparency faded away. The future is still not in sight. Why?

The internationally supported accord to abandon Suharto for freedoms and elections while saving the elite meant there were too many skeletons in closets to allow for a public discussion. Now, hopes that President Joko ‘Jokowi’ Widodo would be less dependent on powerful groups than his predecessors have dwindled. There has been a full retreat in the face of strongman Prabowo Subianto’s drumming up of conservative Muslim populism. Internationally, the argument in vogue is that liberal democratisation must be proceeded by solid state-building. Democratic leftists have also not been eager to look into what happened in the late 1950s and early 1960s. Leaders like Nehru and Sukarno and the non-aligned movement belonged to the past. Maoists, moreover, even claimed that reformist Indonesian communists and Sukarnoists had not been sufficiently revolutionary. Those who later on regretted their sympathies did not want to be reminded, but to try something else, like anarchism, civil society, new movements and discursive analysis. Indonesian pro-democrats concentrated on immediate issues like corruption, human rights and livelihoods, which did not seem easier to handle by looking to the past.

Meanwhile most scholarship on the Indonesian massacres has focused on the elite struggles in late 1965 that became the scapegoat for pogroms and massacres. The emphasis on the human-rights side of the matter is admirable, but insufficient as a guide to thorough historical analysis (Törnquist 2019). Three puzzles remain. First, what were the political economy and political agency that made possible the conspiracies and suppression? Second, what enabled the combination of militarily propelled violence and the participation of militias and vigilantes? Third, what explains the failure of new left-oriented movements in politics and, instead, the return of authoritarian identity politics?

One example of the need for extended historical analysis is that Geoffrey Robinson (2018). In the most comprehensive study available, Robinson finds it hard to accept John Roosa’s (2006) path-breaking thesis that some leaders of the Indonesian Communist Party (PKI), but not the movement at large, played important secret roles in the 30 September Movement that preceded the killings. The reason for Robinson’s hesitation is the conclusion in mainstream research that the PKI was quite successful at the time and was gaining ground (see Anderson and McVey 1971; Mortimer 1974; Crouch 1978). This should have meant there was no reason for adventurous secret actions. However, a more critical analysis of the challenges facing communists during the late 1950s and early 1960s suggest otherwise. The party wanted democracy but in 1959, had supported President Sukarno and the army’s introduction by of “Guided Democracy” and postponement of elections. PKI therefore had to advance primarily through mass politics.

Mass politics meant co-operation with Sukarno’s anti-imperialist campaigns and nationalisation of foreign companies, and actions in favour of his Basic Agrarian Reform as well as his formula of joint public governance by nationalist, religious and communist socio-political pillars – including co-operation with the military. This provided some space for communist organising and pressure politics, but it did not undermine the progressives’ political contenders. The military gained control (including by way of martial law) of the nationalised companies and much of the state apparatus and effectively blocked communist efforts to intensify labour struggles in 1960-61. 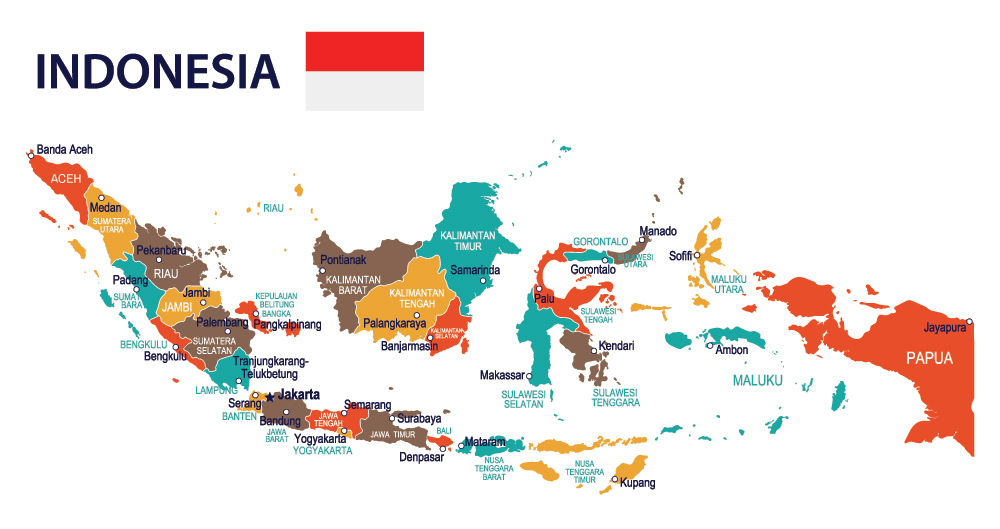 Not everything went the military’s way. It lost ground for about a year after the successful inclusion of West Papua within Indonesia. This allowed the party to launch contentious Maoist-oriented campaigns against so-called bureaucratic capitalists and for the implementation of agrarian reform. However, the PKI’s calculation that “bureaucratic capitalists” could be thoroughly undermined by intensified anti-imperialism was undermined by Confrontation with Malaysia and with British companies. The military, too, claimed nationalist high ground in this Sukarno-initiated campaign, securing control of nationalised companies establishing de facto martial law. Similarly, militant actions to occupy land had to be cancelled in December 1964 due to uncontrollable conflicts, including among small farmers who were supposed to unite. In short, with parliamentary democracy stalled and intensified mass actions not generating the expected results, the PKI was in a political bind. This means there were reasons to contemplate alternative ways of weakening the military by disclosing through the 30 September Movement how they had abused nationalism in their own interests, which might then give progressives the upper hand (Törnquist1984; van Klinken 2019).

Another example relates to the unresolved issue of the military’s role in killings versus those of militias, vigilantes and others. There can be no doubt that the military was directing the killings and suppression and that more people were annihilated than in the September 30 Movement or even the PKI. Therefore, the concept of genocide may well apply. However, the co-ordination of central powers, local militias and vigilantes, combined with political, religious and ethnic identity politics differs obviously from the paradigmatic top-down Nazi Holocaust. Hence, the very combination of military direction and civilian participation remains to be explained.

Robinson does not shy away from the question of how it was possible to develop a broad anti-leftist movement and participation in the violence – although the state’s capacity to design and implement policies was limited, the military did not have a popular base or a party, and there was no hard-core ethnic, religious or even utopian framework for repression. While pointing to psychological warfare, his main explanation for the widespread violence is the militarisation of society, rooted in the struggles for national independence in the 1940s. The military itself was a product of militia groups, and by the 1960s there was a strong legacy of territorial organisation of the military, militias and vigilantes. During the war of independence, some of these militias were leftist or politically independent while others were supported and trained by the Japanese, in brutal techniques and ruthless practices that were evident in the violence of 1965-66. But this is not the full story.

There were differences between freedom fighters, whose ideas of independence were rooted in patrimonial leadership and citizenship mediated through ethnic and religious communities, and those who aimed at a secular, modern nation-state based on democratic citizenship, meditated by parties and interest organisations. The former sustained many militarised task forces and communal organisations, which were important in the killings and suppression of the mid-1960s. The primarily leftist freedom fighters, however, got together in the PKI and its mass organisations, as well as in leftist-nationalist groups. During the 1950s, they were remarkably successful in combining class struggle with the modern nationalist idea of equal and democratic citizenship and popular enlightenment. Guided Democracy, however, undermined these efforts. This became particularly crucial in 1965. President Sukarno’s left-populism, supported by the PKI, certainly sustained the idea of a modern national state with direct relation to citizens – but the democratic mediation of citizenship via independent parties, movements and elections was derailed.

Meanwhile military leaders like General Nasution had also linked up with Sukarno’s Guided Democracy in support of the modern nation-state, against CIA-financed rebellions and corrupt generals like Suharto. But they were staunch anti-communists and short of popular followings. So Nasution joined the less-principled generals with Suharto in the forefront, who returned to the basics of conservative freedom fighters in the 1940s, of patrimonial leadership and citizenship mediated through the ethnic and religious communities that had been crucial for Dutch indirect colonial rule.

Van Klinken’s (2018) historical frame for analysing this vacillation between a centralist, modern nation-state position and a conservative position based on the notion of indirect rule involves observing similarities with debates of the 1920s among senior Dutch colonial bureaucrats about the character of the state and how it would be governed. In the 1920s, Dutch modernisers wanted direct governance through a modern state, which was not democratic but might pave the way for individual citizenship, resonating with the proposals of supporters of Guided Democracy in the 1960s. Both Dutch modernisers and the leftist-populist supporters of Guided Democracy lost out to those opting for indirect rule – in the general sense of complementing central despotism by affirming the position of local strongmen and ethnic, religious and local communities as supervisors of subjects and as mediators between them and the state. The colonial regime found indirect rule to be the most effective and cheapest form of governance to hold back the emerging modern nationalist movement. And the Indonesian military found the same indirect rule to be the best way of annihilating modern leftist nationalists, communists and like-minded friends and relatives.

In other words, the massacres in the mid-1960s were a genocide drawing on a colonial type of governance, based on central despotism and indirect rule.

The remaining, third question is what explains the absence of a new leftist dimension in Indonesian politics. Robinson focuses on the importance of human rights and seeks to break the silence on those tragic events of the mid-1960s. Indeed, the Indonesian dilemma is the continuing negation of history. But a focus on human rights issues does not help us discuss why no new leftist dimension has emerged. One has emerged in other contexts, despite severe and long-drawn-out repression, including in Franco’s Spain and several Latin American countries – but not in Indonesia. Why?

It may be useful to recall, again, that Guided Democracy marginalised the successful combination of a struggle for popular class interests and democratic national citizenship against indirect rule. This was a crucial factor behind the catastrophe. The progressives could not draw on active citizenship and democracy, and the dominant actors returned to the pattern of indirect colonial governance when annihilating and supressing leftists. Later on Suharto promoted the rise of capital and consolidated his “New Order” by reversing from indirect-rule genocide and suppression to elements of centralised modernism, at the expense of local strongmen and religious and ethnic communities. Ordinary people were to be “floating”, without any state-society mediation other than state-corporatism and subordinated religious communities.

To counter this arrangement, dissidents turned more political, focussing on democratisation of Suharto’s state-facilitated capitalism. But the popular masses did not come forward as expected. Obviously, the old emancipatory struggle for independence and active democratic citizenship, which had lost out by the end of the 1950s, had to be reclaimed. Even old adversaries like Goenawan Mohamad and Joesoef Isak, along with Pramoedya Ananta Toer, came together to make this point. And studies on and with the democracy movement, about democratisation, citizenship, populism and identity politics were made with similar ends in mind. These efforts have still not gained sufficient ground. With today’s rightist populism has come even a resurgence of indirect governance.