Policy papers and journalistic accounts often consider Salafism in Southeast Asia as the standard bearers of extremism and the Trojan horses of Saudi “imperialism”. They often give the impression that Salafi groups only exist in the region because of funding coming from Riyadh. In this article I intend to paint a more nuanced picture of the ways in which Salafis in the region are linked to the outside world, especially to the Arabian Gulf. I will present two case studies on Salafism, in Indonesia and Malaysia. I will show how the sociopolitical context can shape the modalities of the transnational networking of the movement.

In this article Salafism is understood as a proselytization movement that intends to change the religious identity of other Muslims. Salafis intend to imitate the religious practices and morality of the first three generations of Islam (al-salaf al-salih – righteous ancestors), and to do so they adopt a literal understanding of the scripture. The ultimate aim of Salafism is to make other Muslims accept that their version of Islam as orthodoxy from which other interpretations are seen as distortions from the pure form of religion. Conceptually, these groups differ from Islamic reformism which also claims the label Salafism, and which has deep roots in the region. 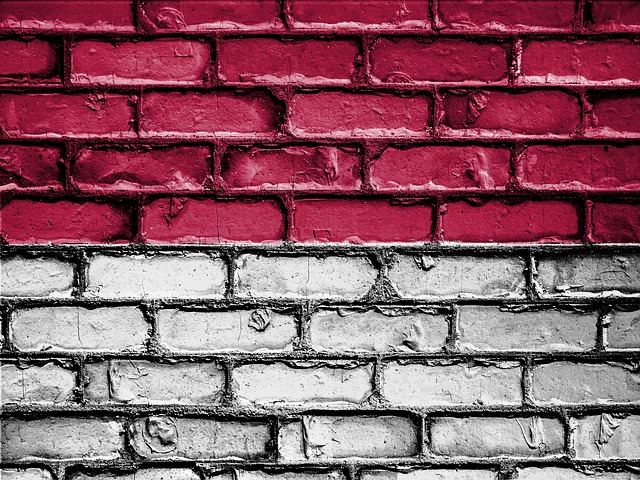 Financial flows from the Gulf and the activities of transnational Islamic charities played a crucial role in the emergence of Salafism in Indonesia. The movement gained foothold in the country in the early 1980s in the midst of the Islamic resurgence Indonesia experienced during that period. 1 The first Salafi groups evolved around graduates of the Islamic University of Madinah (IUM) that offered generous scholarships to those who wished to pursue religious studies.

In the 1980s a branch of the Saudi University of Imam Muhammad bin Sa‘ud was established in Jakarta under the name of Lembaga Ilmu Pengetahuan Islam dan Arab (LIPIA). The university became an important avenue for the propagation of Salafi ideas in the country. Many Indonesian Salafis who could not secure a scholarship to IUM studied at and graduated from LIPIA where the language of instruction is Arabic and the teaching of religious studies is chiefly based on Salafi ideas.

A number of graduates of IUM accumulated valuable social capital and established links to various charity organizations and funding bodies during their studies in Saudi Arabia. As a result, by the early 1990s a number a Gulf charities appeared in Indonesia and mainly bankrolled Salafi groups. Perhaps the most important among these was the Kuwaiti Jama‘iyyat Ihya’ al-Turath al-Islami (Society for the Revival of Islamic Heritage – SRIH). The organization set up regional headquarters in Jakarta, and supported the building of dozens of Islamic boarding schools (pesantren) mainly in Java, but also some in Sumatra, Lombok and Kalimantan. Around these pesantrens a large Salafi network emerged that is commonly known as the “Turathi” network in reference to the funding Kuwaiti organization.

One of the defining features of the Turathi network has been pragmatism and a willingness to accommodate the secular state. The pesantrens teach not only religious subjects, but also deliver the full Indonesian state curriculum. This widens the Turathi network’s appeal to the population. Many non-Salafi Indonesians send their children to these pesantrens as they believe that Salafis are strong in the Arabic language and Qur’an and hadith studies. As a result, their children will receive a good religious education, but at the same time, since they study the state curriculum as well, will have the chance to continue their studies at university level. 2

The Turathi Salafis choose accommodation with the state rather than isolation in other matters as well. For example, they regularly cooperate with the municipalities in organizing courses for young people on preventing terrorism, and helping the police to detect jihadi cells. As a prominent member of the Turathi network, Ustaz Arif Syarifuddin from Cirebon explained to me, Salafism teaches the necessity to obey and help the ruler of a state if he is a Muslim. Since the Indonesian president is Muslim, Muslims are obliged to support and assist him.

The Turathi network’s good relationship with the authorities has secured for them relative autonomy to pursue da‘wa activities and maintain their extensive transnational networks. For example, at least once every year, Salafi shaykhs from Kuwait and Saudi Arabia come to Indonesia on da’wa tours and visit the pesantrens of the Turathis from Batam to Lombok.

Another Salafi network has emerged in Makassar, South Sulawesi called Wahdah Islamiyah (Islamic Unity – WI). It has grown out of the modernist Muhammadiya in the late 1980s when president Suharto forced all Islamic organizations to adopt the Pancasila as their founding principles. For a number of young Muhammadiya members this was unacceptable. It led to a split in the organization and creation of a new group Yayasan Fathul Muin (Fathul Muin Endowment), that later became WI.

WI gradually moved towards a Salafi direction when many of its members studied in Saudi Arabia. The network also received funding initially from SRIH, and later from various Saudi donors and the Qatari Shaykh Eid Charity Foundation (SACF). 3 WI differs from the Turathi network in several respects. Unlike the latter, it has a formal organizational structure with a leadership hierarchy and elaborate decision making mechanisms that control WI’s charity projects and boarding schools established all over Indonesia. WI also has coordinated activities at universities where it organizes various programs and study groups for students. Another distinguishing feature of WI is their involvement in parliamentary politics. While it does not put forward candidates, it often rallies voters in exchange for material support from leading politicians.

Despite maintaining a tight-knit institutional structure, WI is still rooted in the discursive makeup of Salafism. To legitimize its activism, the organization readily cites Saud Salafi ‘ulama’ who do not see political participation and establishing organizations as foreign to Islam. 4

While Gulf financial sponsorship was essential to establish Indonesian Salafism, it is difficult to claim now that the movement’s material lifeline is coming from the Arabian Peninsula. The Turathi network’s pesantrens for example do not receive regular financial support from SRIH, but maintain themselves from tuition fees. WI also raises more funds from within Indonesia than abroad

The third most important Salafi community in Indonesia in principle does not accept any donations from charities. Din Wahid calls this network “rejectionist” as they reject any kind of cooperation with other Islamic groups and charities. Rejectionists regard the latter mubtadi, or ones that commit harmful, Islamically unsanctioned innovations (bida‘). They also refuse to teach the government curriculum in their schools, forming isolated communities that minimalize their contacts with the non-Salafi members of the society.

The rejectionists are densely linked to the Middle East. Many of them studied in Yemen under the late Muqbil al-Wadi‘, or became pupils of Shaykh Muqbil’s prominent disciples. Yet, rejectionists do not accept any kind of scholarship from abroad. Rather, the community puts together the amount of money that students need to spend during their years of education in Yemen (which provides free tuition and accommodation). Another manifestation of transnational connections is the frequent lectures of Yemeni scholars delivered via skype in mosques. 5

In Malaysia transnational linkages also played a crucial role in the evolution of Salafism, yet in a different way due to the country’s different sociopolitical context. Here charities and relief work have almost no role in spreading Salafi ideas.

Salafism in Malaysia grew out of the Islamic reformist community or Kaum Muda that gained ground in the beginning of the 20th century in the Straits Settlements and the northern state of Perlis. Some of the Islamic reformists turned to a more literalist interpretation of the scripture in the 1980s after being influenced by Saudi and Jordanian Salafis. A number of the pioneers of contemporary Salafism, while having a Kaum Muda background, turned to Salafism after studying in Saudi Arabia in the 1980s-1990s. Some of the most prominent are Johari Mat, Husain Yee and the Singaporean, Rasul Dhari.

Another source of Salafi influence in Malaysia was Jordan. Unlike Saudi Arabia, Salafism in Jordan is not promoted by the state. Nevertheless, the movement gained prominence mostly due to the legacy of Shaykh Nasir al-Din al-Albani and his students such as Shaykh ‘Ali al-Halabi. Malaysian students who were studying religious studies and Arabic at one of the Jordanian universities encountered Salafism after joining some of the numerous informal study groups in the mosques of ‘Amman and other major cities of Jordan, and the homes of individual participants of the movement.

Some prominent Malaysian Salafis, such as Sulaiman Nordin, became familiar with the ideas of the movement while studying in the UK. Salafism gained significant foothold among the Muslim communities of the major cities in Britain in the 1980s. Some Malaysian students became inspired by the movement after joining British Salafi groups, and continued preaching after returning to Malaysia.

Malaysian Salafis rarely if ever became agents of transnational charities, and no extensive school and charity networks emerged such as the ones in Indonesia. Perhaps the main reason for this is the hostility of both the state’s religious bureaucracy (Jabatan Kemajuaan Islam Malaysia – JAKIM) and the monarchy in different Malaysian states towards Salafism. JAKIM intends to homogenize Islam in the country and strives to achieve the absolute dominance of the Shafi‘i madhab. The royals are often proponents of schools of thought that are at odds with Salafism. For example, the Sultanate of Perak is known to lean towards the Naqshbandi-Haqqani Sufi order. As a result, Salafi books are often banned in Malaysia. Meanwhile, several of the prominent Salafi scholars such as Fathul Bari Mat Yahya have been banned from preaching.

The authorities also blocked Gulf charities from operating in Malaysia. For example, SRIH also has an office in Malaysia, but as employees of the charity told me, they faced numerous administrative obstacles and the open aversion of state officials when they tried to expand their presence in the country.

As a result, the transnational connections of Malaysian Salafis can be characterized by dense but mostly informal interpersonal networks. Salafi shaykhs from various Middle Eastern and European countries often visit Malaysia as tourists and engage in da‘wa tours or deliver lectures and religious lessons. In Johor, networks similar to the Indonesian rejectionists have also emerged, with dense scholarly links to Saudi Arabia and Kuwait. The prominent Kuwaiti shaykh Muhammad al-‘Anjari visited Malaysia several times to give talks and religious lessons. Prominent Malaysian Salafis, such as Hussein Yee, are also well connected to the Western Salafi scene. Due to their proficiency of English they appear in international media outlets such as Peace TV.

We could see above that transnational connections to the Gulf play an important role in the dynamics of both Indonesian and Malaysian Salafism, but neither manifestations of the movement can be regarded state sponsored projects set up by Saudi Arabia or other Gulf countries. In fact, both in Malaysia and Indonesia non-Salafis benefitted perhaps more from financial flows coming from the GCC governments and charities. Mainstream groups such as Muhammadiyah and the traditionalist Nahdatul Ulama received perhaps more Saudi aid than the Salafis as they are in possession of a more extensive infrastructure that, at least in theory, would be more effective means through which Saudi and Kuwaiti soft power can be strengthened. Gulf charities that support Salafis often donate more money at the same time to non-Salafis. For example, SACF launched charity projects in cooperation with Muhammadiyah and another reformist organization, PERSIS. Similarly in Malaysia, funds coming from Saudi sponsored organizations, such as the World Muslim Youth reached Islamic movements that cannot be associated with Salafism, such as Angkatan Belia Islam Malaysia (ABIM).