In 2016, the Pan-Malaysian Islamic Party (PAS) opposition party leader introduced a bill seeking to expand the power of the Syariah courts in Malaysia to impose more severe penalties. The proposals attracted strenuous objections from civil society and opposition groups, the bill also gained support from other segments of Malaysian society as evidenced by a large rally that gathered in Kuala Lumpur in its favor in February 2017. Although the Barisan Nasional ruling coalition has deferred parliamentary debate over the bill, it initially declared its support for the proposals and a government minister recently affirmed the government’s commitment to strengthening Islam’s development in the country. 1

Over the past two decades, growing Islamization in Malaysian political and legal discourse has fueled polarizing debate over the nation’s identity as secular or Islamic. The elevation of Islam’s position has been the result of a steady, but profound, shift from the Malaysian state’s originally secular foundations to an increasingly religious constitutional order.

Constitution-Making and the Birth of a Nation

The drafting of Malaysia’s constitutional document at the nation’s founding reflects the competing demands of the multi-ethnic Malaysian society, consisting primarily of a Malay-majority population as well as Chinese and Indian ethnic minorities. The Independence Constitution came into force when the Federation of Malaya ceased to be a British colony and became an independent state on August 31, 1957.

One manifestation of the social contract negotiated at the founding is the Article 3(1) constitutional declaration: “Islam is the religion of the Federation; but other religions may be practised in peace and harmony.” Historical accounts provide evidence that those involved in the constitutional drafting process stated that the inclusion of Article 3(1) would not undermine the Constitution’s secular foundation. 2 Justice Abdul Hamid, the only constitutional commission member who supported adopting Article 3(1), described the Islamic constitutional clause as “innocuous,” stating that it would not “prevent the State from being a secular State.” 3 Indeed, the Constitution’s Article 3(4) states that “[n]othing in this Article derogates from any other provision of this Constitution,” and Article 11(1) guarantees that “every person has the right to profess and practice” his or her religion.

This original established understanding of the Article 3(1) Islamic constitutional clause has since shifted sharply. Over the past quarter century, the Article 3(1) provision has been seized on by political and legal actors as a platform for expanding the place of religion in the public order.

The politicisation of Islam has been forefront in the battleground between the United Malays National Organization (UMNO) party, which is part of the Barisan Nasional coalition, and PAS. PAS, which has a conservative electoral base primarily in the northern states of Peninsular Malaysia, has long advocated its commitment to establishing an Islamic State. The opposition party gained control of the state of Kelantan in 1990, where it remains in power today, and has also governed the states of Kedah (2008-2013) and Terengganu (1999-2004).

The rise of PAS as an opposition Islamist party set the stage for political competition between PAS and UMNO beginning in the 1980s and intensifying the 1990s in a country where Malay-Muslims make up the majority of the electorate. Against this backdrop, in September 2001, then Prime Minister Mahathir Mohamad declared that “UMNO wishes to state clearly that Malaysia is an Islamic state.” 4Mahathir Mohamad’s pronouncement was later echoed by Najib Razak, then the Deputy Prime Minister and current Prime Minister, who refuted the notion of Malaysia as a secular state stating that “Islam is our official religion and we are an Islamic state.” 5 In October 2017, a deputy minister in the Prime Minister’s Department affirmed that the Barisan Nasional government remains committed to making Malaysia an Islamic state. 6

The Islamisation debate in Malaysia has pushed Islam’s constitutional position into the spotlight of public discourse. The tensions over Islam’s constitutional position are further complicated by the Constitution’s definition of a Malay person as, among other things, someone “who professes the religion of Islam.” 7 In addition to religious and ethnic identity being perceived as inextricably intertwined in Malaysian society, Islam’s position is seen as closely connected to the special position of the Malays. 8 The past few decades have seen the perpetuation of a notion of Malay primacy closely connected to a Malay-Islamic nationalism by certain quarters of Malaysian society. 9 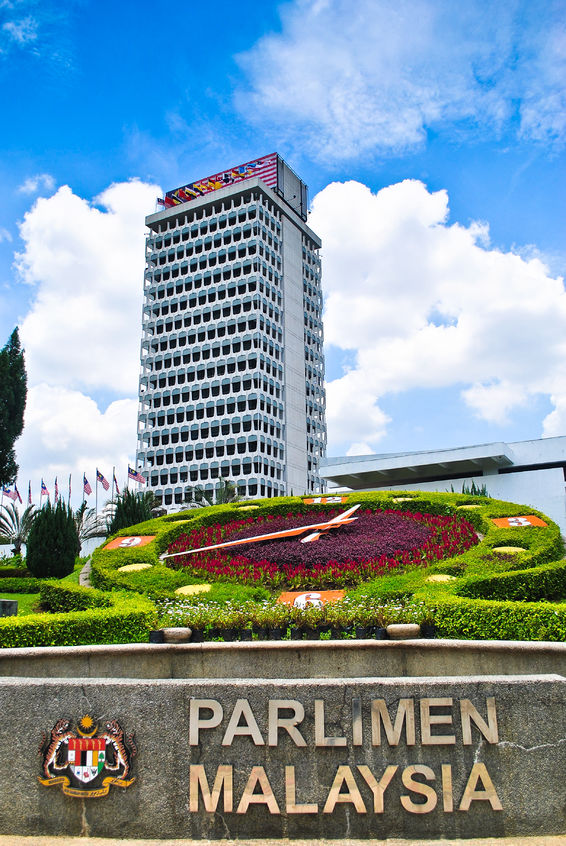 Courts have played a crucial role in the judicialization of religion in Malaysia. Article 3(1) has become the focal point of polarizing battles over the constitutional identity of the Malaysian state—and can hardly be described today as “innocuous.” Secularists argue that Islam’s position was meant to be merely ceremonial and that the foundations of the Malaysian Constitution are secular. 10 Those who push for Malaysia’s recognition as an Islamic state argue that Article 3(1) provides for an elevated role for Islam in the public sphere. This expansive interpretation of Article 3(1) is starkly at odds with the understanding of the Islamic constitutional clause endorsed by the Supreme Court’s declaration in a landmark 1988 decision, Che Omar v. Public Prosecutor. The Court there declared that Islam’s position under Article 3 was confined only to “such acts as relate to rituals and ceremonies” and that the law in the country is secular law. 11 Two years later, the Supreme Court reaffirmed the Constitution’s secular basis, drawing on the framers’ statements that recognizing Islam as the state religion “would not in any way affect the civil rights of non-Muslims.” 12

This understanding would soon change. Over the past two decades, there has been a dramatic shift in Malaysian judicial discourse in favor of elevating Islam’s position in the constitutional order. Civil courts have avoided exercising jurisdiction over several key areas that implicate constitutionally-guaranteed rights like religious freedom and equality. Secular court judges have been extremely deferential in ceding jurisdiction to the Syariah courts; as a result, the religious courts’ authority and institutional power has been vastly expanded.

Consider, for example, Lina Joy’s story. Born to a Malay-Muslim family, Lina Joy later converted to Christianity and sought to marry her Christian fiancé. Because she was still officially recognized as Muslim and under the jurisdiction of the Syariah law, she could not do so as Muslims must contract their marriage under the Islamic Family Law (Federal Territories) Act 1984, which prohibits marriage with non-Muslims. The national registration department refused to change her religious status on her identity card without a certificate of apostasy from the Sharia Court.

Lina Joy brought a constitutional challenge to the civil courts on the basis that her conversion was protected under her Article 11 right to religious liberty. In 2007, Malaysia’s highest appellate court ruled against her, holding that Lina Joy’s conversion out of Islam was not protected under the Constitution’s guarantee of a right to “profess and practice” one’s religion; rather, it was a religious matter for the Syariah courts to decide. The Federal Court majority viewed apostasy as a matter relating to Islamic Law, which was therefore within the jurisdiction of the Shariah Court. 13 The stark conclusion in Lina Joy is articulated by the Chief Justice, writing for the majority: “one cannot renounce or embrace a religion at one’s own whims and fancies.” 14 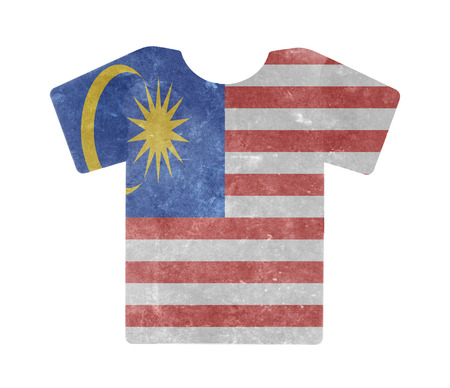 Another contentious legal area involves custody and conversion battles between a spouse who converts to Islam and a non-Muslim spouse. These cases arise when one parent—usually the father—converts to Islam and then converts the children, without the knowledge of the other parent. The newly converted Muslim father then applies to the Syariah courts for divorce and custody. The problem? The non-Muslim mother is left unable to contest the conversion or custody orders granted by the religious courts because non-Muslims cannot access the Syariah courts.

Indira Gandhi’s plight illustrates this jurisdictional dilemma. 15 She and her husband were both Hindus when they married under civil law. Later, upon converting to Islam, her ex-husband secretly converted their three children to Islam in the Syariah court. The Court of Appeal overturned a lower court’s decision to quash the conversion of the children in the Syariah Court. The Court declared that it was beyond doubt that conversion to Islam is strictly a religious issue that only the Syariah court could decide. 16 Indira Gandhi’s case, which is currently pending before the Federal Court, is another illustration of the jurisdictional fault line running through Malaysia’s dual legal system of secular and religious courts.

Expansive interpretation of the Article 3(1) Islamic constitutional clause by the civil courts has also led to the elevation of Islam’s place in the public order. Civil court judges have endorsed Islam’s position as an interpretive lens through which to view the rest of the Constitution.

In 2009, the Ministry of Home Affairs issued an order prohibiting the Titular Roman Catholic Archbishop of Kuala Lumpur from using the word “Allah” in its weekly Malay-language Catholic newsletter, the Herald. 17 The Catholic Church challenged the ministerial order arguing that it violated the church’s right to profess and practice its religion. In 2013, the Court of Appeal unanimously upheld the government’s prohibition, ruling that the church’s religious liberty had not been infringed because the word “Allah” did not constitute an integral part of the faith and practice of Christianity. 18 According to the Court, the purpose of Article 3(1) “is to protect the sanctity of Islam as the religion of the country and also to insulate against any threat faced or any possible and probable threat to the religion of Islam.” 19

Contestation over the place of religion continues to feature prominently in modern Malaysia. Recent political developments evidence a reluctance by Malaysia’s ruling coalition to grapple with the challenges posed by the rise of Islamic conservatism in the country. Besides deferring debate over the proposals to increase the Syariah courts’ sentencing powers, the government in August 2017 withdrew a bill aimed at resolving conflicts over the conversion of children between Muslim converts and their non-Muslim spouses, which would have prohibited a child’s religious conversion without the agreement of both parents.

Courts play a crucial role in defining the stakes of the contestation over the place of religion in the Malaysian public order. While much of the attention has been focused on the tensions in the political and popular spheres, the legal arena has been hugely significant as a site for these conflicts. The legal battles over the past two decades underscore the significance of these questions over religion and secularism for a nation at a crossroads about its identity. The contestation over Islam’s position in the constitutional order reflects a deep, and ongoing, struggle for the soul of the Constitution in contemporary Malaysia.