In September of 2014, General Prayuth, the head of a recent military coup, announced at a high-level government meeting that he had been the victim of a magical attack by forces opposed to military rule. A local newspaper reported that he attributed a sore throat and pain in his neck to “black magic” – sayasaat – but that those attending the meeting need not worry, as he had sent counter-curses back to those who wished his administration ill.

Thai health experts at a state agency where I have been conducting ethnographic fieldwork since 2011 suggested that the media coverage of curses and counter curses by General Prayuth was not to be trusted; that, while invocations of magic in politics arise frequently in the Thai media, sayasaat had no real place in the political realm. But this did not mean that all magic was likewise disavowed. Kim, one expert from the agency, said, “sayasaat is about violence and greed. Only the gullible [ngom-ngai] and uneducated would be fooled by it.” Yet at the same time, she confessed that, indeed, “some people have extra-ordinary power.” Referencing yet another term, barami, Kim claimed that the monarchy, divinities, monks, and the Buddha were all repositories of barami, the power of those at the source of all wisdom.

Scholars of Thai studies often translate barami as prestige, charisma or cosmic power (see Gray 1986, Johnson 2013, Jory 2002,), but Kim described it to me in English as simply “greatness.” It refers to the superhuman power of those who act in line with or enact the law of the universe – dharma. In Theravada tradition, a king who happens to possess a great deal of barami exerts influence not only over people, but also over illness, rain, and agricultural production as his divine power radiates out from him onto those around him (Gray 1986:236). Greatness, then, refers to the ability of divine kings to suture the gap between man-made law and dharma; they conjoin politically contrived good and absolute, “natural,” good under a common mandate of righteous rule.

Here, I attend to moments of magical thinking in Thai politics not to stigmatize it as one steeped in the occult, but to show how the denegation of politics via the turn to transcendent sources of truth by Thai state agencies has relevance to contexts beyond Thailand.

Kim often explained to me how the king’s greatness can be seen in everyday life. Pointing to the destructive effects of advanced capitalism in Western countries, especially the US, she argued that Thailand fared comparably better because of the king’s intervention.

“My King brought us the idea of sufficiency. His majesty’s philosophy of sufficiency teaches us to stop following the ass of Westerners [tam kon farang]. It tells us to respect our Buddhist traditions and to remember that wanting that new iPhone, wanting the life that people have in the city, wanting what your neighbors have – can only lead to suffering. He saved us from suffering the social ills that affect Western societies. Farangs think only in terms of what makes economic sense, they don’t care about what makes moral, natural, or spiritual sense,” she said.

Referring to Westerners as, farang, Kim repeated a common perspective amongst royalists that king Bhumibol, often referred to simply as “father,” fought against outside influences and those within the nation to steer the country away from the destructive excesses of capitalism by teaching the values of mindful consumerism. She proudly stood by the claim by senior health officials in Thailand who positioned the king’s “Sufficiency Economy Philosophy” (SEP) as the original concept that inspired the WHO’s model of health-driven governance.

While the WHO’s understanding of health governance is divorced from the Buddhist framework of the Thai understanding of this notion, both share the push to rethink economic and political interests as fundamentally limited by environmental and biological processes. Both models argue that governments driven by global competition for economic and political power must sooner or later answer to conditions that challenge happiness and well-being. Both posit a “correct” form of governance, one centered on technocrats capable of taking natural biological outcomes into account in the policy-making process.

Indeed, this similarity between SEP and the WHO notion to make, as the WHO puts it, “healthy policy,” has been a cornerstone of a previous coup in Thailand, in 2006. Then-junta leader, Surayud Chulanot, placed health experts like Kim front and center of their political reforms and went so far as to enshrine the WHO initiative for health governance together with the king’s SEP within the new constitution.

The rise of state agencies like that of Kim’s came together with this so-called “moral turn” put in place by Surayud’s military government. Against the elected prime minister, Thaksin Shinawatra, who fashioned himself as the country’s CEO, Surayud’s junta highlighted the negative environmental, social, and health outcomes of Thaksin’s reign as evidence that governance driven by profit oversteps a natural limit to human greed. After appointing itself as the guardian of the health of the nation with the approval of the king, the interim military government justified the coup as a “necessary evil” against this greed. Thaksin, they argued, favored economics and ignored dharma – the nature and truth of a thing, and thus in his ignorance of this truth that grounds the law and order of the universe fell short of protecting the nation from environmental degradation, sickness and social discord.

Tom, another expert at the state agency for health, expressed his support for Surayud’s perspective and doubt in Thai democracy after the country had returned to civilian rule in 2011. “Thailand is not yet ready,” he said, and explained that democracy might work in the West, but it was but a fantasy in the current context of Thailand. According to Tom, the populace lacked “wisdom” and was vulnerable to self-serving politicians who swindle individuals into voting for them. Only “good people” – people who are healthy, here read as people with wisdom, people who could make decisions that would lead to “good” healthy outcomes in line with cosmic law – could restore confidence to the Thai state: “good people” like themselves, the health experts.

Following the WHO’s advocacy of a “knowledge society [where] power and authority are no longer concentrated in government” (Kickbusch and Gleicher 2012: vi), state health agents like Tom and Kim I introduce here argue that only those not directly involved in making political gains could make policies for the common good. The king’s SEP and the WHO’s notion of health governance both allowed health experts to stage a fantasy of themselves as neutral and objective individuals capable of intervening in the name of the people.

Here, we have what might at first seem like a classic model of technocracy, a post-political arrangement that replaces the properly political space with health metrics and health management. But as I suggest in my opening, there is another aspect to Kim’s notion of rule, one that relies upon the enigmatic power of barami. Barami, unlike expertise, cannot be acquired or learned. It refers to the innate capacity within certain people to enact dharma. Experts then are people who claim to be able to recognize barami and are those recognized by it. Thus, technocracy envisioned by these experts is one in which each expert in varying degrees channels the cosmic power of the former king, himself classed as the supreme expert in chief. This is epitomized for educated Thais in the most salient link between their knowledge and barami – the photograph hanging on their wall.

As the king handed out all higher degrees (a task later delegated to members of his family), the degree ceremony serves the double function of authenticating the completion of a disciplinary program as well as conferring upon each degree recipient a royal mandate, one taken very seriously by those involved. What is forever captured in the photograph is an image of themselves with outstretched hands receiving the diploma from the figure positioned in a seat raised above them. Between the subject and the monarch on the raised platform a curious link emerges. In this moment in which the diploma connects the two parties, a link that sutures the gap between those who seek knowledge and those at the source of truth emerges. 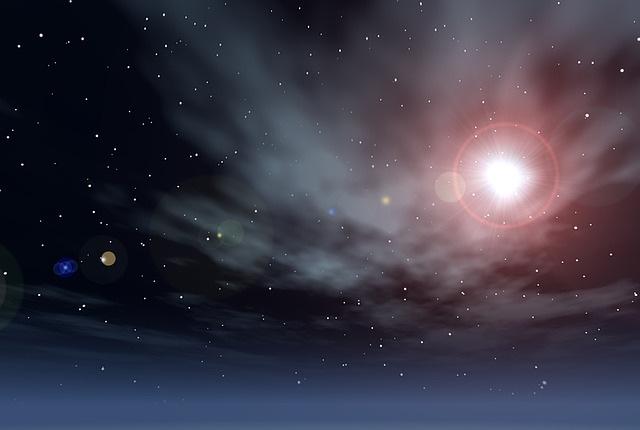 Where the magic of barami greases the mechanism through which politics is naturalized in Thailand, one could argue, following post-political thinkers (cf. Badiou 2008; Rancière 2006; Žižek 2006), that the WHO’s notion of health-driven governance itself hinges upon the fetishization of scientific knowledge and practice as endowed with the power to answer once and for all what counts as good governance. As Ernesto Laclau (1996) puts it, the notion of the political emerges precisely because society is founded upon a constitutive lack, an absence of an absolute law that brings people together. But where this gaping hole in the social ensures the inauguration of the political, it is this very void that health experts attempt to plug up with barami and scientific knowledge. According to experts like Tom, it is this lack of moral foundation in the social that allows corrupt politicians like Thaksin to manipulate the masses. “There is correct knowledge,” said Yok, another expert from the state agency. “But,” she continued, “people would much rather listen to people who can tell them how to get rich quickly.”

However, because this correctness is one founded upon transcendent truth not open to public debate, the management of dissenting voices took on violent forms of suppression. This violence is evident in Tom’s advocacy of military intervention against democratic regimes, but also, recently, in mob violence directed against Thais seen to be insufficiently upset at the death of the monarch. During the period of national mourning, school principals confiscated clothing that was not either white or black, and in several instances groups of mourners beat and forced known skeptics to prostrate themselves in front of portraits of the king (Figure 1). This recourse to violence reveals not only what Tom sees as the limit of those who lack the wisdom to make “healthy choices” but also the limit of those who claim to have access to a truth beyond all social truths. As Hanna Arendt (1972) argues, only those with no power to produce consent must rely on brute force to impose what they consider right. And it is here that the different threads I have been following converge. Despite Kim’s rejection of authority founded upon force (as in Prayuth’s sayasaat), advocates of this fusion of barami and global scientific knowledge find themselves drawn back to it as a means to preserve truth that should be, in their formulations, self-evident.

Where Kim and others at the state health agency address Thaksin supporters as the gullible and uneducated majority easily captivated by military generals who dabble in black magic and by self-serving politicians, there are many who see health experts as the ones who are charmed by a force not their own. There has been a rise in the number of lèse-majesté cases since the military takeover in 2006, and increasing criticisms levied against agencies such as Kim’s for promoting the interest of the elite at the expense of the national majority.

Michael Taussig reminds us that by magic “we are talking about knowledge of knowledge that has to remain inaccessible for that knowledge to exist” (1987: 262). Magic, then, as Taussig puts it, can only function when an essential aspect of thinking and knowing must remain hidden. What must remain hidden for these health experts then is the foundation of barami. Only by repressing this truth can the fantasy of good rule take flight.

But such an idea of good that can resolve the constitutive ambiguity at the heart of the political extends beyond Thai borders. Indeed, I argue here that it – and potentially the violence that undergirds it – is latent in our equation of scientific facts as a historical truths impervious to the political and economic contexts of the times.