Over grilled pork, on the bank of the Mekong River, Kai and I were talking about nagas [phaya nak – mythical water dragons] and other guardian spirits. As some of our dinner companions got up to refill their plates with meat, Kai leaned over to me across the smoking barbeque grill. “There is one province that the [Thai] king [Bhumibol Adulyadej] has never visited. Can you guess where it is? And why he has never been?”

I thought for a moment, wondering what she meant and why she suddenly brought it up. Might she mean the restive Southern provinces, where a long-standing insurgency and antipathetic Muslim majority would make the trip dangerous? Or a Northeastern border province, where the Communist insurgency of the 1970s would have discouraged royal visits? And why bring up the king at all when the conversation had been about nagas? “Yala,” I guessed, naming one of the Southern provinces.

Kai smiled. “Mukdahan,” she said, referring to a nearby province along the Mekong. “He cannot go. The guardian spirit will not allow it. The spirit says that there can be only one lord [chao] of Mukdahan, and have forbidden any other [king] to enter.”

Kai here refers to King Mungmeuang, the guardian spirit of the city of Mukdahan (and by extension the province). Here, I translate Mungmeuang’s title “chao fa” as “King”, although it is a title common amongst historical Shan or Lanna leaders and might also be translated as “prince.” He is a part of a cult of guardian spirits in the province also including the Two Noble Sisters (chao mae song nang) that have parallels in urban centers across the Mekong region (for more on such guardian spirit cults, see Holt 2009, Rhum 1994, Tambiah 1975).

I am intrigued by Kai’s comment, “there can only be one lord”. While it could be interpreted as a Northeastern challenge to Thai kingship, I argue here that it marks something else – a difference in the way that royal/spiritual authority is conceived. Through looking at Kai’s link between spirit cults and the Thai monarchy, I argue that kingship in Thailand must be seen as an extension of popular religious practice surrounding lordship as well as a system of political control (cf. McCargo 2005). My argument is that devotion towards guardian spirits influences the practice of monarchism, and, in turn, new forms of monarchical devotion influence local spirit devotion. It is a longer argument than space allows, but here I give one example, via the conflict between (then-)living King Bhumibol and the guardian spirit Mungmeuang.

The debate over how much myth and how much realpolitik drives Thai monarchism is one that has gone back and forth for years (McCargo 2005, Jackson 2010, Gray 1986). Kai’s comment settles decisively upon the former, as she rebukes the authority of the monarchy to be a chao using the very same logic. Whereas the Thai royal cult promoted Rama IX as an incipient Buddha (Gray 1992:452), Kai presents him in another form – as an animist lord whose purview is not over the entire cosmos, but over a geographically-bounded region.

Chao, in the sense that Kai and I were discussing it, is a term that speaks to potency. If I say that I am the chao of a particular thing, it means that this thing obeys my will, whether or not I am referring to a car [chao khong rot], a polity [chao meuang – a guardian spirit], or the sky itself [chao fa – a prince]. It refers at once to supernatural divinities, the Buddha, kings, or in a more mundane way to ownership. Thus, chao articulate sovereign power. Via ownership of a subject person or thing, they guide it towards prosperity and fortune and ensure that actions and beings progress (charoen) (see Johnson 2014).

This magic of progress has long been a part of the rituals of state of Southeast Asian nations. This is the land of the “theater state” (Geertz 1981), after all, and writers such as Benedict Anderson (2006), Clifford Geertz (1981), and Margaret Weiner (1994) all detail the ways that Southeast Asian leaders drew legitimacy not only from politics, but also with reference to (often hidden) magical sources of power. Thailand is no different, and the Thai monarch – referred to as “virtual divinity” (Jackson 2010) – is a quintessential such point combining magic, politics, and media. In the late 20th century, Bhumibol emerged as an almost papal figure, categorized for many as divine, or at least an incipient Buddha [bodhisatta]. The apparatus of the state perpetuates this idea (Gray 1992), but it extends far beyond official organs of propaganda – the popular press foregrounds stories where, for instance, a house burns to the ground save a portrait of the king, untouched. Although their actual effectiveness is debated (Walker 2008), royal projects are credited by many rural families as having brought prosperity into the countryside. And, finally, as Daena Funahashi (2016) has shown in the case of health experts, the monarch comes to stand in for a kind of semi-divine “expert in chief”, a figure seen by mid-level experts to embody an absolute (and inaccessible) source of wisdom and legitimacy. For instance, in a recent book release, a Thai climate studies center reproduced a doodle the king had made once during a meeting on the inside cover of every copy of its book, lending the scientific publication an aura of the divine.

Thus, chao-ness in this case is a corollary to wisdom, health, patriotism and progressiveness. But who qualifies for being a chao? Along with veneration comes a need to police and inform who or what qualifies as chao and measures taken to ensure that chao are really in possession of barami, the moral righteous power of kings and nobility. As one royalist Thai professor put it, scoffing when I mentioned that I was working with spirit mediums: “Do you really believe them? Why would a real chao want to descend into the body of an old village lady? Don’t you think that these possessing spirits are just ordinary ghosts?”

As this quote indicates, monarchism both feeds into beliefs about the power of barami (e.g. there could be a kingly spirit) as well as promotes investigations into the legitimacy of claims towards its existence (e.g. such a kingly spirit is unlikely to manifest in a lower-class medium). During the 1990s and 2000s, at the height of divine-royal-technological (in a word, dhammalogical) power, Thai media was also rife with stories of other chao – specifically, attempts to discredit “false” chao in order to identify “real” ones. In In the Place of Origins, Rosalind Morris (2000) gives a classic example of television shows that focus on exposing “false” mediums by presenting the sleight-of-hand behind showy tricks like severing and re-attaching one’s tongue. Alan Klima (2006), in addition, has recently looked at financial regulators’ “exposés” of village-level spirit practices that frame mediums as exploiters of rural naiveté. Currently, the locus of anti-spirit discourse is on social media platforms, where websites like “Fuck Ghost” seek to discredit local mediums, sacred places, and ghost sightings by posting videos of hauntings and mocking those who express credulity while at the same time validating the righteousness of royal barami. 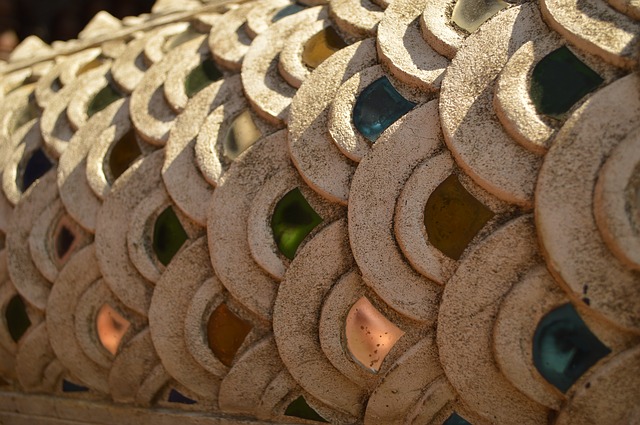 Politically, too, the need to ensure that chao are in fact productive spirits has often taken center stage. Ousted Prime Minister Thaksin Shinawatra, for instance, was accused by figures in the Thai military of being secretly a reborn Burmese king, carrying with him the undying desire to destroy the Thai state (see Wassana 2009). One means by which he was accused of carrying this out was “masterminding” the destruction of the shrine to Brahma that stands outside of the massive shopping complexes in Bangkok’s commercial heart (Keyes 2009). Later, following his ouster in 2006 and especially the massacre of his “red shirt” supporters in 2010, his supporters made numerous cursing rituals, burning chilies and salt to curse the military that undertook the coup and those that ordered the killings. Political conflict over rulership at the center had brought in conflict between spirits.

Following the logic of the theater state, the chao models perfection, and by doing so seeks to bring it about in a wider realm. It is an assimilatory framework, one that co-opts and attracts. By why, then, the focus on conflict? Why does King Mungmeuang refuse to share space? As Thongchai Winichakul points out in his seminal book, Siam Mapped (1994), Thailand’s transformation from theater state to nation-state involved a transformation of the monarch. Instead of one divine ruler at the center of the cosmos (with other such centers spiraling out, fractally), the notion of monarchy became fused with the “geo-body” of Thailand. Now, monarchs were identified with the physical territory of the nation-state, but only the nation-state, and, while still working as a channel for modernity, technology, wisdom, etc., they became one king in the world on an equal footing among others. Such a perspective is evident in ways that Bhumbiol was portrayed. For instance, one commonly-reproduced photo was taken on his 60th coronation anniversary and featured Bhumibol seated at the center of royals from all around the world, each with his or her distinctive regalia.

In short, as monarchy becomes beholden to the logic of the nation-state, in which a nation-state is one entity among other, also sovereign, states. Whereas in the logic of Geertz’s negara, rival lords competed to be a more exemplary center, in Thongchai’s national “geo-body”, the monarch shares the world with other, also sovereign monarchies, but remains absolute within the borders of the nation. Indeed, the adoption of the “geo-body” in Thailand during the late 1800s corresponded with the abolishment of local monarchies – Chiang Mai’s monarchy ended with the death of King Inthawichayanon in 1897 (see Sarasawadee 2006). By the time of Bhumibol (r. 1946 – 2016), no local monarchies remained, and Bhumibol’s authority, like that of the Thai state, was thought to run absolutely up to Thailand’s borders (where it immediately ceased). Except, of course, for Mukdahan.

Neighborhood spirit chao do not normally function like such monarchs over a geo-body. Amongst the cults of neighborhood chao in Chiang Mai with which I conducted fieldwork from 2006-2008, maa kii [mediums] created an interlocking hierarchy that combines Indic gods, animist spirits, and the spirits of dead kings. In the city of Chiang Mai, for instance, the swiftly-changing community of spirit mediums has overlapping sovereignties and hierarchies that elided attempts at categorization (Johnson 2014; for examples of just such attempts at categorization, see Shalardchai 1984, Suriya et al 1999, Rhum 1994). Spirit chao had princes, viceroys, and the like, and their only nod to the Chakri monarchs was the adoption of Bhumibol’s royal color, yellow, as the requisite color for “royal” spirits (as opposed to “soldier” or “angelic” spirits). Indeed, spirit possession rituals that I attended each ended in a solemn gesture of respect at the playing of the royal anthem, indicating these spirit chao’s subservience to the reigning human monarch.

But King Mungmeuang does none of this. Instead, he has appropriated the logic of the geo-body just as the later Chakri monarchs did – rejecting a cosmological notion of rule, where each divine king approximates an exemplary center (cf. Geertz) for a national (or provincial) one, where devotion to a higher monarchy is unthinkable. He has become a nationalist, and Mukdahan his geo-body.

Here, then, we see how a change in monarchism from the theater-state to the nation-state influences spirit devotion. Both spirit chao and royal chao are ways of seeing authority, expertise, hierarchy, and legitimacy, and as such it is only natural that slow changes in one (e.g. a movement towards the “geo-body”) would trigger changes in the other. Mungmeuang’s objection to Bhumibol indicates the link between the two and suggests avenues for further study of monarchy in Thailand, especially now, in the era of a new king.