Illegal logging is endemic to the tropical timber industry: 50 percent of Cameroon’s total lumber production is illegal, as is 73 percent of Indonesia’s and 80 percent of Brazil’s. It is particularly troublesome that despite the great toll this takes on today’s ecosystems, we have yet to examine the impact of illegal logging on future forest sustainability. Moreover, its impact goes beyond local environmental degradation to global problems of climate change and anomalous weather patterns.

Today, Indonesia faces the unprecedented danger of having the highest rate of tropical forest loss in the world. In fact, the rate is still accelerating, from an average 1 million hectares per year cleared in the 1980s to at least 2 million in recent years (WRI 2002). If the current state of anarchy continues, the lowland forests of the Sunda Shelf, the richest on earth, will be totally destroyed by 2005 in Sumatra and 2010 in Kalimantan (Holmes 2000). Our own research has discovered that lowland rainforests in Jambi province, Sumatra, have been disappearing at the rate of 8.6 percent per year since 1989. And since the Asian economic crisis of 1997, illegal logging has become rampant all over Indonesia, raising serious concerns within the country and the region (see EIA/Telepak 1999; Barber and Schweithelm 2000; Jepson et al. 2001).

Although there have been official reports about illegal logging in Indonesia, most information is provided by independent environmental groups or non-governmental organizations (NGOs). There are several exceptional examples of scientific research organizations like the Indonesia-based CIFOR (Center for International Forestry Research) which have actively pursued the issue (McCarthy 2000; Contreras-Hermosilla 2000). But in most cases, research is done without the help or cooperation of ecologists.

Given the seriousness of the situation, what should ecologists do? Perhaps as a start, we should pay attention not just to scientific papers, but to the work of conservationist groups. One such report, “Timber Trafficking—Illegal Logging in Indonesia, South East Asia and International Consumption of Illegally Sourced Timber,” was produced by Britain’s Environmental Investigation Agency (EIA) and the Indonesian NGO Telapak. These organizations carried out detailed joint research into illegal logging in two Indonesian national parks and released their first findings under the shocking title “Final Cut” in 1999 (EIA/Telepak 1999). 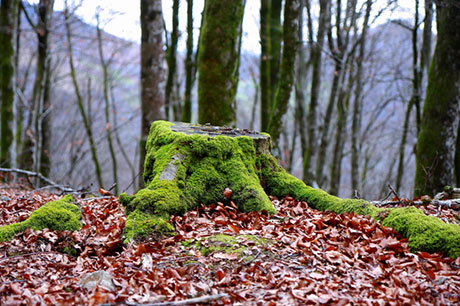 In the past, illegal logging took the form of small-scale felling of trees by small groups of people. Both the form and scale of illegal felling have changed greatly with the growing worldwide demand for tropical timber. This is made clear in “Timber Trafficking” and also in World Resources Institute’s 2002 report “State of the Forest: Indonesia”: “Illegal logging has come to constitute a well-organized criminal enterprise with strong backing and a network that is so extensive, well established, and strong that it is bold enough to resist, threaten, and in fact physically tyrannize forestry law enforcement authorities” (Barber and Schweithelm 2000). “Timber Trafficking” relates a shocking incident involving an Indonesian timber baron encountered while investigating the smuggling of ramin (Gonystylus spp.) wood. The difficulties, risks, and dangers of the work these groups do is highly relevant to the problems of Indonesian tropical forests. One cannot but admire the passion, determination, and hard work of the researchers in separating fact from rumor and tracking down the truth about illegal logging.

Not only the illicit felling of timber, but the entire process of illegal export and sale is examined here. Nearly half the lumber exported by tropical countries is never subjected to appropriate inspection, allowing it to flow freely into the markets of consumer countries. The report appropriately stresses the responsibility of those nations and individuals who consume illegal timber: “Across the world an American, Japanese or European consumer casually ordered a picture frame, or bought a broom with a wooden handle, a futon bed or a piece of Italian furniture. Without realising the consequences of their actions, these people are buying products that were likely to have been made from timber looted from rainforests…”

It also notes the difficult problems of coordination facing the timber exporting countries of Southeast Asia. When Thailand implemented a total ban on logging, it only served to worsen illegal cutting and exports from neighboring Myanmar, Cambodia, and Laos. When political measures taken independently in one country worsen the regional situation, it is clear that international action will be vital to solving this problem.

“Timber Trafficking” ends with a number of proposals aimed at the countries that import timber and the Southeast Asian countries that produce it. To be frank, these recommendations will not be easy to implement given the enormity of the problem. However, there have been some positive achievements to date. Under pressure from national and international NGOs, the Indonesian government placed ramin in Appendix III of the Convention on International Trade in Endangered Species (CITES) in April 2001, with a zero export quota for two years (WRI 2002). What is necessary is constant attention toward full implementation across the globe.

As the degradation of tropical forests worsens, we ecologists are beginning to find it impossible to ignore, but we must be aware that solutions to social problems will not emerge instantaneously. Moreover, as our field of study has become more complex and specialized, even the most remarkable discoveries have been unable to offer much hope of stopping the degradation. Under these conditions, ecologists will have to do more than voice grief and despair. I hope that we will at least consider what role we can play, and that we take this responsibility to heart.

Kato Tsuyoshi
The author is a Junior Research Fellow at CSEAS, Kyoto University.