Former US Secretary Defense Donald Rumsfeld made semantic history on 12 February 2002 when he gave the profoundly perplexing explanation about “known knowns,” “known unknowns” and “unknown unknowns” in Iraq. I tend to agree with him that this is a useful conceptual framework for analyzing complex problems.  NASA has actually been using it in planning space missions and preparing to cope with risks from known knowns, known unknowns, and unknown unknowns. I am going to use his brilliant approach to illuminate the complexity of the disputes in the South China Sea.

Known knowns are things we know that we know, our general knowledge.  The year 2013 saw a relatively calmer situation in the South China Sea. ASEAN and China celebrated the 10th anniversary of their strategic partnership in 2013.   This was an auspicious time for China to show some moderation in the South China Sea. At the same time, ASEAN also celebrated with Japan their 40th anniversary of dialogue partnership. The year-long celebration culminated in the Second Commemorative ASEAN-Japan Summit in Tokyo, 13-14 December.

Japanese Prime Minister Shinzo Abe wanted ASEAN support for its new proactive security role.  He did not quite get it when he met ASEAN Leaders at the Tokyo commemorative summit. Most ASEAN Leaders seemed very cautious and wished to see Japan gradually develop its new proactive security role without alarming any of its neighbours in Northeast Asia, particularly China and the North Korea.

Nevertheless, the Abe Administration is proceeding with a new strategic plan of “proactive pacifism,” which includes increasing military spending, closer military alliance with the US, and new security ties with ASEAN countries. Japan will extend yen loans to support the strengthening of the Armed Forces of the Philippines, including the acquisition of 10 made-in-Japan coastguard patrol  boats to boost the Philippine naval presence in the South China Sea.

Meanwhile, the credibility of the US rebalancing to Asia suffered a setback when President Barack Obama had to cancel his trip to Southeast Asia in October because of budget problems in Congress and subsequent government shutdown. However, Congress has recently agreed to a bipartisan budget deal, which will prevent a government shutdown in 2014.  This will enable him to go to Myanmar (the Chairman of ASEAN in 2014) for the Second ASEAN-US Summit and the Ninth EAS in Naypyidaw in early November 2014.  Myanmar is eager to show that while it is a good neighbour of China, it can also be a new good friend of the US. Myanmar is representing ASEAN in coordinating the ASEAN-US Strategic Partnership from 2013-2015.

The growing US military presence in the South China Sea will increase the risk of confrontation with China. The latest near collision incident happened on 5 December involving the USS Cowpens and a Chinese tank-landing ship after the USS Cowpens ignored Chinese demands to stop monitoring a naval exercise led by Chinese aircraft carrier Liaoning.

To counter the US rebalancing to Asia and the new Japanese proactive security role, China has stepped up its charm offensive in Southeast Asia, which includes an offer (accepted by ASEAN) to upgrade the 2010 ASEAN-China Free Trade Area, and a new treaty on good neighbourliness and friendly cooperation.

More troublesome are things we know that we don’t know, or we don’t know their potential risks. Perhaps the ultimate known unknown is the mind-blogging mystery of our solar system; how it was formed, the origin (or origins?) of life on earth, and where the solar system is heading in the vast cosmos.

In the South China Sea, a new known unknown is the Philippines’ legal challenge against China’s 9-dash u-shape line of massive but controversial claims.  Without prior consultations with its fellow ASEAN Member States, the Philippines launched in January a legal case against China in the International Tribunal for the Law of the Sea. An arbitral tribunal of five judges has been formed to examine the case, even though China has refused to participate. Several minor or short-term known unknowns can be identified in this legal case.

The 9-dash U-shape line is one of the most irritating known unknowns in the South China Sea.  Chinese Officials included 11 dashes in the South China Sea on a map published in 1947.  Apparently they paid little attention to cartography details by not identifying the broken 11 dashes with any geographical coordinates. If they were intended to be a maritime boundary, then the 11 dashes should be joined into a continuous line with precise geographical coordinates at all key sections.

After 1949, China adopted the South China Sea map of the RoC containing the 11 dashes.  Subsequently, two dashes in the Gulf of Tonkin were removed after settlement with North Vietnam on maritime delimitation in the early 1950s.  As things stand now, China has  the upper hand in its calculated strategic ambiguity  by keeping other claimants in doubt about what its 9-dash U-shape line actually means. 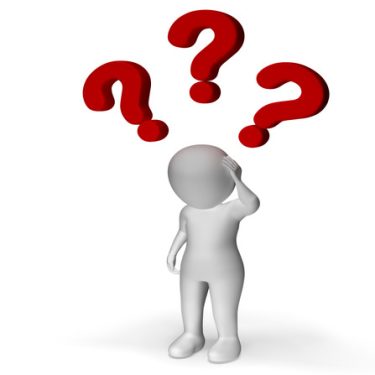 Another known unknown involving Taiwan is the military occupation of Taiping/Itu Aba, which is the largest disputed island in the Spartlys. China tolerates the Taiwanese military presence for no known reason. This may be a manifestation of One China policy.

What will be the consequences if China prevails in its claims of historic rights over disputed areas in the South China Sea? This is a worrisome known unknown. The first major casualty could be the unravelling of UNCLOS.  Other major powers might be tempted to grab disputed territories and maritime zones elsewhere, based on their claims of historic rights. How far back in history can one rightfully base a claim on?  After all, if we go back far enough, we were all from the same human clan.

Yet another known unknown is China’s strategic intention in becoming more assertive in the South China Sea. China would insist that overflight and freedom of navigation in the area has never been a problem to any country exercising the legitimate right of innocent passage. But China would object to military activities of foreign warships and aircraft within its 200-nm EEZ, and sometimes even try to interrupt them.

Soon China may even impose its unilateral air defence identification zone (ADIZ) over the South China Sea, perhaps starting from the Paracels, and extending southward to the Spratlys when its aircraft carrier force is ready for force projection deployment.  US Secretary of State John Kerry, during his visit to the Philippines on 17 December 2013, cautioned China against imposing any ADIZ over the South China Sea.

The uncertainty surrounding the 1951 US-Philippines Mutual Defence Treaty is also a known unknown. The US is increasing military assistance to the Philippines, including another US $40 million announced by Kerry in Manila on 17 December. But the US has been quite ambiguous about its possible response should there be a serious armed clash between the Philippines and China in the South China Sea. This could be a part of the US policy of strategic ambiguity. Just keep China guessing, not knowing where is the red line in the South China Sea that it should not cross.

How the rivalry between China and the US will develop is a serious known unknown.  There is no comfort in seeing that the rivalry is already fueling an implicit arms race in Southeast Asia. What lies ahead if the rivalry escalates? A new Cold War in our part of the world?

Unknown unknowns are the worst kind of risks; we don’t even know that we don’t know they exist and they can hit us with serious unexpected impacts.  In some instances, one side may see a risk as known unknown, but the other side maybe completely unaware of it, an unknown unknown. The surprising Japanese attack at Pearl Harbour was one such case. The attack was an unknown unknown to the US, chiefly because Japan broke international laws and diplomatic norms. At the same time, Japanese army knew what it was doing, but it could not foresee the consequences of its attack, or their eventual disastrous loss in the Second World War.

In the South China Sea, it is  difficult to come up with any examples of unknown unknowns.  By definition, we do not know they exist, let alone foresee their consequences.

Slavoj Zizek, a Slovenian Marxist philosopher, says that what is most important to mankind is what he calls “unknown knowns.” These are things that exist and have been influencing our life and our approach to reality, but we are unaware of knowing them, or we do not realize their value, or worst we refuse to acknowledge knowing them.

At the national level, individual ASEAN Member States may be pro-China, or pro-US, or sitting on the fence. But when they come together as a group in ASEAN, they say they will try to keep ASEAN neutral and constructive. They want ASEAN to be the centre of dialogue and cooperation, friendly to all major powers. ASEAN has made China, Japan, the RoK, India and the US its  “strategic partners.” Goh Chok Tong, when he was Prime Minister of Singapore, once described this ASEAN flirtation as “virtuous promiscuity.”

How effective can ASEAN neutrality and centrality be? And for how long?  Will the China-US rivalry cause a serious  split in ASEAN, or worse a breakup of the 47-year-old organization? This is a concern that most ASEAN Member States do not even want to think about, an unknown known.

Another unknown known is the continuing failure of EAS Leaders to help address the various island disputes. Apart from the South China Sea case, there are disputes between China and Japan over Diaoyu/Senkaku, between Japan and the RoK over Takeshima/Dokdo, and between Japan and Russia over the Northern Territories/Kurils. These island disputes are sources of tensions, which can create instability.  But they seem to be an unknown known to most of the EAS Leaders. 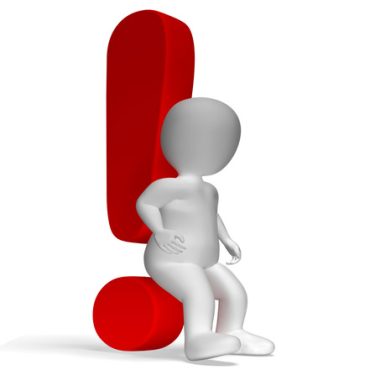 Based on the known knowns, the South China Sea disputes remain a risky problem to our region.  Settling them fairly will take time and political goodwill.  But through dialogue and cooperation and working with ASEAN, all the parties concerned can increase mutual confidence and avoid new tensions.  A good ASEAN-China code of conduct in the South China Sea  will be a gigantic  step forward in the right direction.

If all the parties approach the disputes in the South China Sea with unselfish intention, they can explore practical and fair solutions together, in a spirit of give and take. They can then minimize the risks of known unknowns.

Their failure to act sensibly now will continue to expose our region to a possible catastrophic surprise in the South China Sea, an unknown unknown, that could erupt one day and destroy peace and prosperity.

To avoid such a dreadful future, a crucial new beginning now is for all the parties concerned to admit that there are still unknown knowns in the South China Sea disputes that they cannot endlessly pretend not knowing, or keep them on the back burner indefinitely.

The time to act is now.  And time is running out.

Termsak Chalermpalanupap
Dr. Termsak Chalermpalanupap is a visiting research fellow at the ASEAN Studies Centre of the Institute of Southeast Asian Studies (ISEAS) in Singapore.
Previously, he had served nearly 20 years at the ASEAN Secretariat, where his last post before retirement was Director of Political-Security Directorate of the ASEAN Political-Security Community Department.
Views expressed in this article are his personal opinions.