Modern Western governance theory and practice stipulates good government as one in which the military is under civilian control. Even in communist states, the party is supposed to take the lead, the military dutifully following and adhering to the state ideology, although that is more fiction than reality.

In some non-Western states, this mantra has taken hold, often after bitter experiences, such as in Japan. In 1989, even the Myanmar National League for Democracy (NLD), as part of its party platform, advocated civilian control over the Burmese military, anathema to military leadership since 1962. A sense of dualism between two polar extremes of a civil-military spectrum was always a simplified approach to a complex, intertwined set of relationships.

In Burma/Myanmar, however, on independence and under civilian rule (1948-1958, 1960-1962) the military’s role was far less subservient to civilian control than in the West. Whatever the reality and then the embroidered myths of the Burmese military’s role in the independence movement, there is no question that the military held the state together against a Karen insurgency that briefly engulfed large parts of the state and reached to Rangoon’s suburbs. It fought multiple insurgencies of a political nature (two communist parties) and a variety of ethnic rebellions. It stopped the ineffectual Anti-Fascist People’s Freedom League (AFPFL) from engaging in a fratricidal civil war in 1958, and claimed to have held the state together with its 1962 coup, founding the Burma Socialist Programme Party (BSPP), formulated and controlled by the military. General Ne Win, the head of the armed forces (tatmadaw), was also minister of defense and at one point deputy prime minister. The civilian government proved to be singularly ineffective.  Thus, with the 1988 coup designed to shore up a failed military-dominated regime of the BSPP, the tatmadaw had been able to hold onto political power for about 28 years (1958-60, 1962-1988). It was to endure, ruling by decree, for an additional 23 years (1988-2011). Its influence is still virtually ubiquitous. If not the longest, Burma/Myanmar has been one of the longest military-ruled countries in modern history.

The Role of the Military in Modern Myanmar

Burma/Myanmar has been under direct and indirect military authority since March 1962. From that period, it was evident that the military planned to hold power indefinitely. Its influence has been profound in all segments of society. It has controlled all avenues of social mobility. It has effectively dominated the economy, first under the BSPP, and then through its command over the public sector, but also through the military formed and administered Myanmar Economic Holdings Corporation and the Myanmar Economic Corporation, as well as through industries under the Office of Procurement of the Ministry of Defense. The imposed censorship of all media and imported books and materials was a comprehensive, if less than successful, attempt to isolate the population from politically modernising external influences.

The tatmadaw has essentially destroyed what had been a relatively effective educational and health system for the general public while ensuring the well-being of military personnel and families. The military was able in 1980 to register monks, long a goal of all administrations, and in 1982 defined citizenship to its preferred configuration. Glass ceilings were established that prevented non-Buddhists (Christians and Muslims) from effective power, and engaged in ceasefires with minority groups that were in rebellion, but in general treated minority areas as armies occupying hostile or enemy territory. Because Myanmar is a society in which power is focused on individuals more than institutions, the tatmadaw leadership was able, through personal connections, to complete its dominance of the society as a whole.

From Burma to Myanmar: Contrasts in Social Mobility

Myanmar at the inauguration of the new government in March 2011 was socially extraordinarily different from the Burma of March 1, 1962, on the eve of the military coup. The administration was diverse, and even the cabinet was ethnically open. Mobility essentially existed through four channels: (1) the educational system was ubiquitous and even the poorest, male and female, might attend the free universities of Rangoon and Mandalay (2) the sangha (Buddhist clergy) was open and males could rise through its educational system through university and leave with great prestige (3) the mass political organisations and NGOs were roads to power, and (4) the private sector was however essentially dominated by foreigners. Women were prominent in the society and in the professions-especially in education and medicine, and had legal rights lacking in many other societies.

The contrast with the present, after fifty years of military domination, cannot be more acute. All avenues of mobility are under military control. The tatmadaw decides who will go to university. The sangha was registered and its educational institutions subject to intellectual and administrative control. The mass organisations and private sector were either banned by the BSPP, or became elements of state control. Muslims and Christians are denied senior bureaucratic and military positions, as are most minorities, while the military is the sole avenue to power. Although the State Law and Order Restoration Council (SLORC) and the subsequent State Peace and Development Council (SPDC), both military juntas (1988-2011) allowed the development of “civil society”, these groups were effectively prevented in engaging in, or advocating, alternative political paths.

From the most open of East Asian societies, Burma/Myanmar had become, through a conscious military pattern of control, a society in which the tatmadaw and its institutions became the “state within a state,” or even the state itself. The best education was in military institutions, and those who disagreed or had mobility left the country to seek employment and political solace elsewhere. An estimated half million educated people left; in addition, perhaps two million workers sought refuge and menial jobs in Thailand to escape war and dire poverty.

The Future of the Tatmadaw in the Myanmar Social Context

As he arrived in power, President Thein Sein publicly recognised the disaster that had befallen what should have been the richest country in Southeast Asia.  He has sought to change the state and reform virtually all aspects of that benighted society.

It is not easy. Capacity is lacking, even though exiled Burmese have been invited back to contribute to the reforms. There are legal and open voices for change in the various parliaments and now in the newly uncontrolled media. The external calls for less military domination are usually stated in simplistic terms—amending the constitution to eliminate the active duty military, changing the rules of being indirectly elected to the presidency. 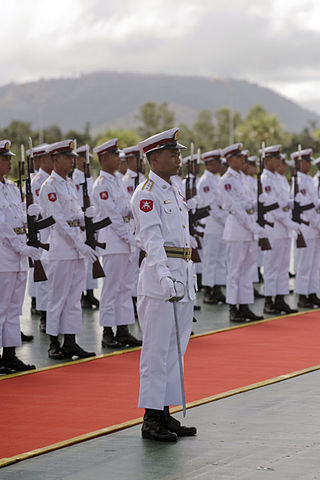 The issues for a more moderated role of the military are not so easily resolved, for the constitutional provisions that many feel are inappropriate are not the causes of military domination, but rather the reflection of more basic issues that can only be addressed over a longer period. There is no instant solution to a moderated military role. Constitutional amendments are ameliorative approaches to a more basic issue.

The rebuilding of a pluralistic social order will take time. It means opening avenues of mobility that will change the nature of the state, and the military’s perception of its own prominence.

Politics is now open, even if the government party, effectively composed of retired military, dominates. Civil society is freer. Universities have abolished censorship and intellectual rigidity. Academic life has been revived. The military remains a desirable career, and that is unlikely to change. The closer relations between military and civilians may result in a modicum of mutual respect that had been lost over these years during which the tatmadaw reviled civilian politicians as vile, corrupt, and ineffectual.  Progress is likely over the next decade.

But problems remain. The private sector, with public capital lacking through the official banking system, may end up dominated by the Chinese, those who have other avenues for acquiring the necessary capital to expand businesses. This issue must be addressed, for a wealthy minority could (again) become scapegoats for public frustration should economic development falter.

In comparison, South Korea, a rigid class-oriented society dominated by the military from 1961 to 1987, was able to see the military retire from power peacefully without a murmur because of the opening up of multiple venues of social mobility. Thailand has witnessed less direct political domination of the military because it has found avenues to power through local politics and business. Indonesia has begun a similar, quiet process. In each of these societies, the openings to prestige, power, and authority, previously basically monopolised by the military, were transformed into pluralistic avenues to success. Over time, this is likely to happen to Myanmar.

Although the tatmadaw has designed a system for the perpetuation of its power and authority, it is likely to erode. This will open up the Burman majority to more opportunities, including those for women. Still, the minorities—both ethnic and religious—must be brought into the pluralism that seems to be nascent. This requires a conscious governmental effort that one has yet to witness. 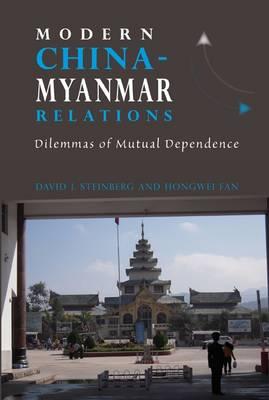