Dr. Kasian Tejapera calls the economic policy of the current government “Thaksinomics.” This means, in essence, that the government bestows patronage on its affiliated crony capitalist groups on the one hand and garners support from the lower classes by increasing their economic power on the other.

This approach seems to make sense—the American-style liberal economic reform pursued by the previous Democrat Party government didn’t bring about a sustained economic recovery, and Thailand’s real economic power lies in the crony capitalism that has built up the economy until now. Thus, the argument goes, the government should no longer harm crony capital but patronize it, so as to jointly revive the economy. And if we are going to patronize crony capital anyway, wouldn’t it be better to direct the patronage to our own cronies?

After all, while the export market remains in the doldrums, other markets must be sought. And what market could be more promising than the domestic one, of which the lower classes comprise the majority? Hence the various measures adopted to enhance the economic power of the lower classes—measures that will not only strengthen the domestic market but also win the government overwhelming popular political support.

Everybody seems to be happy with this. The Thaksin government has proposed several projects to serve the needs of these two groups, for example, a nationwide road construction project to tackle poverty. The opposition has attacked this particular project as representing an obsolete policy tried in vain by many previous governments. But as a matter of fact, this project is not quite the same as those that have gone before.

For one thing, instead of pumping fifty billion Baht into the export industry to see it through a time of shrinking foreign markets, the government uses this chunk of money to create jobs in the countryside. To be sure, the money does not fall directly into local people’s hands but into the pockets of contractors from the top down to the local level, where they also function as vote canvassers. But since road construction creates employment, some money eventually trickles down into the villagers’ hands and purchasing power in the countryside increases. Although it may not fully replace the shrinking American and Japanese markets, it does slightly lessen economic hardship, at least among lower-class villagers and contractors with political connections. So both crony capitalists and the grassroots benefit and are happy with Thaksinomics.

The trouble is, this money will circulate swiftly back to the city, leaving the low-income market with its usual lack of purchasing power. If we want to generate sustainable purchasing power in the low-income market, we have to think of things that will enhance village productivity, rather than merely produce more roads. Such productivity schemes could range from developing pre-existing production bases to initiating social investment programs to develop individual and community strengths.

However, crony capital wouldn’t get a satisfactory return from the latter option, whereas road construction satisfies both parties. At least the villagers would feel it’s better than getting nothing at all, and would be happy to have enough to spend comfortably for a while, even if it is not sustainable.

Thaksinomics should be able to maintain a strong and lasting political base if it can perpetually coordinate the interests of these two groups. But that will be impossible. The interests of the crony capitalists and the grassroots, despite the long co-existence of the two groups, aren’t really in accord. This is particularly apparent when lower-class people stand up for their rights and interests on equal terms with other social groups, as is happening now. 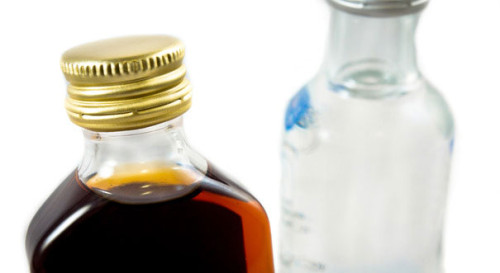 It is not the case that the concessionaires’ liquor is without hazard to consumer health. On the contrary, it is quite evidently harmful. Neither have the monopoly and sale of concessions led to a decrease in alcohol consumption, because the supply of liquor, especially lao khao [literally “white liquor,” a locally produced drink], is never short in the market. Nor have they led to the improvements in liquor production necessary to compete in the international market. And, of course, the cost of concession fees and the market monopoly make it impossible for the retail price of concessionaires’ liquor to be low and fair.

In contrast, liquor produced by the villagers themselves using traditional techniques passed down through many generations is less harmful. There is less methyl alcohol in their liquor, for example. And if liquor were to be produced freely, it is unlikely that consumption would increase much from the current level.

Free production of liquor would lead to competition in the domestic market and prices would fall to reasonable levels. (The mantra of free competition is more aptly preached in this matter than others since the low cost of production would make for a comparatively level playing field.) Competition would drive up quality to the point where local Thai liquor could be exported to compete successfully or at least find a niche in the world market.

The quality of distilled and fermented liquor depends not only on production techniques but also on the quality of the yeast used. The kind of yeast that creates fine and aromatic liquor can only come from a long process of selective breeding. Liberalizing liquor production would afford villagers an opportunity to develop their respective families’ yeast strains which could be securely inherited by their children rather than easily stolen by the scientist-pirates. This is actually a model of development based on people’s own traditional knowledge or local wisdom.

And yet the cabinet has just passed a resolution permitting free production of liquor with no more than 15 percent alcohol content. This means that the cabinet has yielded somewhat to village pressure but still obdurately protects the interests of crony capital. In “liquor-speak,” the cabinet resolution reads as a liberalization of liquor fermentation only, involving drinks such as kachae, wak, namtan mao, and ou, since the alcoholic content of fermented liquor cannot possibly exceed 15 percent. (Even so-called “strong beer,” which is fermented twice, contains only about 12-15 percent alcohol.) Villagers may be able to produce fruit wine but since it does not belong to the tradition of Thai alcoholic beverages, it may not find a sufficient local market. A perforce dependence on external markets would make it impossible for the villagers to commercialize fruit wine production, because they lack the capital necessary for large-scale production and marketing.

At the same time, there is only a small local market for the kinds of fermented liquor the Thais are good at making, such as kachae [pasteurized rice wine that has not matured], for it normally turns sour within a day. To control kachae’s fermenting process to extend its shelf life requires filtering out the yeast, a technology whose investment cost is beyond villagers’ means.

The only method known to Thai people to both produce liquor for a wider market and preserve it for an extended period is the distillation technique that transforms fermented into distilled liquor. Like other Asian peoples, Thais have long distilled liquor for their own consumption. Distilled liquor, however, has an alcohol content well over 15 percent. Apparently, those in power still forbid the free production of distilled liquor in order to reserve this segment of the market for their own capitalist cronies to make a killing.

The result? Thais have to buy lousy liquor from the capitalists even though they possess the knowledge to produce fine liquor for their own consumption. No sooner had the cabinet adopted the resolution than a large beer brewery announced its plan to produce lao khao. Of course, it’s glaringly obvious that the lao khao market has now been protected and secured for crony capital.

This is a case of incompatibility between the interests of crony capitalists and villagers. Hence local people nationwide have announced the continuation of their campaign for the full liberalization of liquor production, rejecting the cabinet resolution that hinders the use of local wisdom.

It is hard to guess how this case will end. Meanwhile, the conflict between excise officers and local people will escalate. What can be surmised, however, is that many similar cases of incompatibility of interest will follow, such as the coal-powered electric plant project in Prachuab Kirikhan, the Thai-Malaysian gas-pipeline project in Songkhla, the community forest issue (even a community forest bill will not eliminate conflict between villagers and crony capitalists), the National Broadcasting Commission (NBC), the National Telecommunication Commission (NTC), etc.

I can’t predict how Thaksinomics is going to end up. But it is rather implausible that it will remain the darling of these two groups, whose interests are so incompatible, for more than four years.

Nidhi Aeusrivongse
Nidhi Aeusrivongse is a retired professor of history formerly at the University of Chiang Mai and the foremost academic columnist in Thailand. He is the founder, inspiration, and intellectual pillar of a free, informal, mutual-learning forum in Chiang Mai called Midnight University. This article appeared in Matichon Daily on 23 November 2001. It was translated by Mukhom Wongthes, a free-lance translator and researcher with the Five Area Studies Project, with editorial assistance from Kasian Tejapira.