Why do high Golkar officials such as Syamsul Muarif, Ferry Mursyidan Baldan, and Slamet Effendi stubbornly shield their party leader, Akbar Tandjung? Why do they try to block the possible formation of a special committee in the DPR [House of Representatives] to handle the Buloggate II case? 1 And why does the Attorney General’s office so openly avoid an expedited investigation into Tempo’s finding of a photocopied receipt for Rp. 40 billion in Bulog funds received by Golkar treasurers M.S. Hidayat and Fadel Muhammad?

One possible answer: this case brings us to a moment of political crystallization—and from there perhaps to a political decision—which will clearly determine whether Golkar’s grip on our state and nation will continue. This case brings a special opportunity for the ranks of reformers to free our nation from the various digressions, even reversals, of the reform efforts of the last three plus years. If a Buloggate II special committee is not formed or if Akbar Tandjung manages to escape through lies or a lack of responsibility, this would certainly indicate that Golkar’s grip—quite aside from its many dirty practices—remains firm and that uncertainty will continue to plague our nation.

Under Soeharto, the New Order eroded the foundations of our country’s politics, economy, law, and leadership through a corrupting synergy snaking between the executive, legislative, and judicial institutions of government. This corrupting synergy stifled and suppressed every critical and free initiative emerging from society. Indonesia was transformed by Soeharto into a hybrid Mataram-Dutch Indies, a state blindly following one path, with an apparatus recruited through opportunism and a dominant motive of greed for wealth and power. Under the New Order political format, there was essentially no republic or nation, much less a government mechanism of checks and balance. Under this political format, nearly everything virtuous and noble about our republic and nation was trampled and destroyed.

The bitter reality since the Habibie presidency is the perpetuation of the New Order’s corrupting synergy. The contest between the New Order and the reformers has been uneven from the start. Since Soeharto’s fall, the three institutions of government, including the state apparatus, remain filled with New Order forces. There is no political enlightenment emanating from the government to society at large regarding the corruption, even treason, that occurred during the thirty-two years of the New Order, and why reform must occur. Compare this with the unceasing New Order propaganda when Sukarno’s Guided Democracy was first toppled and its influence purged from the three institutions of government, from mass organizations, and from the rest of society. 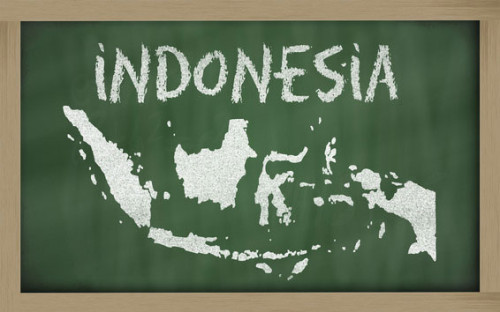 At present, the corrupting synergy between the three institutions of government has been formally reduced, mainly because of the reduced dominance of the executive. However, the evil synergy still has a tight grip on the institutions of justice, which include the attorney general, the judiciary, the police, and law firms. And from time to time, the intra-institutional synergy creeps up in guerrilla form. The way the RUU Kepolisian [draft police bill] was slipped through the DPR more than a month ago is a clear example.

Over the last three years, society in general has not been fully freed from the manipulations of New Order politics—the corrupting synergy being only partially eclipsed. The ranks of reformers, led by students, some intellectuals, and pro-reform social circles, are impoverished in funds and/or the organizational ability to defend and advance the reform agenda, while New Order forces still possess abundant funds looted from public office. With this capital they have corrupted and sidetracked every reform agenda—from drafting new political law and creating new political parties, to general elections, recruiting DPR/MPR or DPRD 2 members, drafting regulations, and appointing local officials—up to and including blocking an effort to amend the constitution. Their aim is nothing less than the resurrection of New Order policies and practices, again casting aside the interests of the people, many of whom are seized with hope for our freedom. In all of these attempts, Golkar’s role is indisputable.

When it was declared a political party on 7 March 1999, Golkar’s leaders announced its rebirth, as if with this announcement all the dirty traits and practices would disappear in an instant. Golkar declared that it had (1) “conducted a planned, instituted, and continuous correction of past deviations,” (2) “made serious efforts to take resolute steps against… KKN [corruption, collusion, nepotism],” and (3) declared itself a “party rooted in,” “responsive to,” and “always sensitive and perceptive toward the aspirations and interests of the people.”

The “new” Golkar also promised to (1) “fight to make the aspirations and interests of the people public policy,” and (2) take the initiative in “maintaining a political life which is democratic and open (transparent).”

Akbar Tandjung’s outrageous amnesia in the Buloggate case proves that all these promises were lies, nothing more than a new mask to hide the continuation of the dirty practices of the past. Tempo noted that the alleged channeling of the Bulog funds into the pockets of Golkar’s treasurers occurred from 2 March to 20 April 1999. Doesn’t that coincide neatly with the day Golkar declared itself “new” with buoyant declarations and statements? It is only the hardcore corrupt whose words and actions can be so diametrically opposed at the same time.

However, it is not only the Buloggate II case which reeks of Golkar’s grip and its old practices. There is a whiff of it as well in the scandal of the “huge bequests” transferred into the bank accounts of assembly members, in the elections of Abdul Ghafur and Fadel Muhammad to governorships [in eastern Indonesia], in the string of Golkar victories against the majority PDIP [Megawati’s Partai Demokrasi Indonesia Perjuangan] in many regional DPR elections, in the suspected diversion of 40 percent of publicly allocated funds, and in the enforcement of Regional Autonomy Laws which are thought to greatly benefit high ranking Golkar officials.

We have to be astonished at the readiness of Home Affairs Minister Hari Sabarno to judge the election of Fadel Muhammad “fair” and to immediately appoint him governor of Gorontalo Province. It is unclear whether Sabarno paid serious attention to the 2001 Gubernatorial Elections Oversight Committee’s report to the DPR Commission II that directly questioned election procedures. It is also unclear whether Sabarno has read that Fadel’s name is frequently mentioned as a recipient of Rp. 10 million of the Rp. 40 million in Bulog funds which are creating such an uproar.

This refusal of Syamsul Muarif and friends is also an effort to conceal their deceptions from the public, which is in fact already immune to their tricks. What Syamsul is trying to conceal is the fact that the corrupting synergy within the judicial system is still firmly in place, unlike the somewhat reduced intra-governmental synergy. This is the reason the participation of the DPR in Buloggate II is called “political process,” while a judicial monopoly over the case is termed “judicial process.” This also attempts to conceal the deception involved in the lively commodification of huge corruption cases, which are publicly known to be in the hands of the “judicial mafia.” Have Syamsul and friends suddenly forgotten society’s perception—born of decades of real experience—of “judicial decay”?

The following two critical questions should be posed to Syamsul Muarif and friends. First, has the “legal process” proven, in the large-scale cases tried since the fall of Soeharto, really to uphold justice, or on the contrary, to perpetuate injustice? What proportion of the “legal process” of the last 35 years has satisfied society’s sense of justice? We all know that in the tens of cases of economic embezzlement and human rights violations tried to date, not one has yielded a decision that satisfies society’s sense of justice. Merely the formalities of justice are observed, which always allows the victory of the corrupt and of the human rights violators.

Second, has it ever been asked whether the legislation and regulations implemented since Soeharto’s resignation might actually invite the return, entrenchment, or toughening of old policies and practices governing the recruitment and mechanisms of our government? Aren’t there enough indications that these have been arranged precisely to provide opportunities for the defense of various facets and policy formats of New Order politics?

The assumption of a normal political situation, embodied in Law 22/1999 relying on the efficacy of legislative institutions, obscures the great disparity in competitiveness between New Order parties, especially Golkar, and parties supporting reform. It does not take into account how toothless were the Commission for General Elections and other electoral watch bodies in the face of Golkar’s money politics offensive in the 1999 General Election. In other words, there is no level playing field between Golkar and the other parties, particularly at the regional level. This is why Golkar won so many regional seats in that election. And where Golkar lost the election, it generally reclaimed the victory, again and again using money politics to put its people in executive positions. Making the assumption that normal politics existed, this law clearly opened the door to the strengthening of Golkar’s grip on the regions.

The key to freeing ourselves from Golkar’s grip, which has grown very strong, lies in cleaning up the judicial system and making decisions that are just and true in the big cases of corruption, collusion, and nepotism. This would at the same time ensure the success of the Megawati cabinet’s seven priorities.

In the last few weeks, President Megawati has been sending contradictory signals. At times, she appears to want to equal her father [President Sukarno] in democratic integrity, civility toward the nation, and adherence to the principle of justice. At other times, however, she stands closer to Soeharto’s “stable governance” in covering up chains of corruption, cruelty, and chronic dereliction of duty.

The Buloggate II case, and lately the proposal to pardon Soeharto, constitute two important indicators of where our president really stands. Even more important, these two cases bring us to a moment of political crystallization—which is stronger, the drive to reform or the grip of Golkar!

Mochtar Pabottingi
Mochtar Pabottingi is a senior researcher at LIPI, the Indonesian Institute of Sciences. This essay appeared in the newsmagazine Tempoon 6 January 2002. It was translated by Wahyu Prasetyawan and Donna Amoroso.