In an age where postmodern cultural pluralism is the dominant research program in the academe, where postcolonial theory celebrates the subaltern voices against western narratives in development discourse, Alamon’s book is a timely intervention that sociologically peeps through the problems of the Lumad and their right to self-determination without falling into cultural idealism, romanticization of the Lumad in their pristine condition, and reducing discrimination to mere collateral damage of western development.

By showing how the Lumad were subjected to “accumulation by dispossession” (a term borrowed from the Marxist geographer David Harvey) Alamon argues convincingly that rather than representing the Lumad as “repositories of non-existent and idealized pre-modern cultural truth,” the Lumad are the “showcase of the economic and political violence of global capital made possible through facilitation of their local agents” (p. 179). By demystifying the essentializing romantic truth about the Lumad, which depicts them as “innocent and naïve,” he ripostes his own materialist alternative by arguing that the term “Lumad”, appropriated by the indigenous non-Muslim tribes of Mindanao in 1986, refers to the collective struggle of the people to “keep their way of life which is inextricably linked to their ownership and control over their land and resources” (p. 194).  As a committed intellectual, he challenges the postmodern appropriation of the Lumad as a cultural icon whose other-ness deconstructs Eurocentrism by arguing that it is, “first and foremost, a class position” (p. 207).

By ensconcing his analysis within the historical narrative of Spanish colonialism and American imperialism, Alamon is able to provide an excellent analysis that situates the Lumad problem within the framework of “structural discrimination” that is rooted in the long historical oppression and exploitation of colonialism and the feudal linkages of the ruling class and elites of the nation to the larger global businesses and imperialist interests.

He defends the “indigenous notions of development” (p. 169) that recognizes collective ownership of the land and resources without grounding this purely to cultural explanation. This pre-capitalist mode of production enabled the Banwaon (a subtribe of the Higanaon), for instance, to resist development aggression of mining companies, logging concessionaires, and big plantation businesses. This mode of cultural existence enables their leaders to say, “The Banwaon have achieved an understanding that we as a people can survive without you” (p. 172).

In so doing, he depicts the Lumad community, as an “imagined community,” not as seamless organic whole but a fractured community arising from the cultural invasion of imperialists and state-sponsored terrorism perpetrated against them (p. 204). 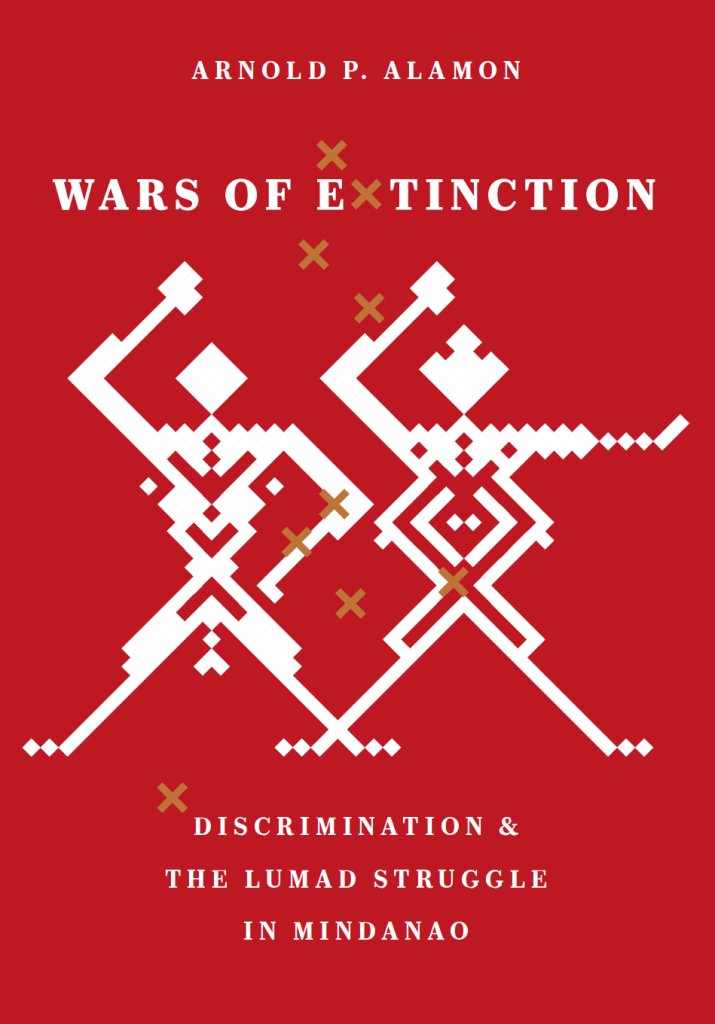 Exposed to the continuing local communist struggle, the Lumad’s struggle today goes beyond mere postmodern slogan of the “right to narrate”. The “other-ness” of the Lumad has nothing to do with their being different as global capitalism penetrates the remaining non-commodified territories around the globe.  Alamon rightly demonstrates, “Their otherness originates from the fact that they are global capitalism’s most marginalized contemporary victims” (p. 216). The Lumad are now struggling for the right to self-determination and are fighting back to gain their ancestral domains plundered by local compradors and imperialist businesses (p. 205).  Hence the attacks against the Lumad communities perpetrated by the state repressive apparatuses had escalated forcing them to evacuate and stage the historic Manilakbayan in 2015.

To highlight this issue of violence against the Lumad, Alamon pleads for continuing and renewing dialogue with the Lumad and other national minorities. The main purpose is not so much to celebrate cultural differences that feeds the fantasy of bourgeois nationalism, but to find commonalities as ground for human emancipation against the tyranny of the market and imperialism seeking to commodify the Lumad culture and loot their resources.

Warning! This book is written by a sociologist who minces no words about objectivity and partisan scholarship. It is written specifically as a public sociology, written in popular style, to contribute in the emancipation of the Lumad. It is neither an apology for the betrayal of Lumad development by the state, nor an attempt to whitewash the violence of colonialism and imperialist aggression against the people of Mindanao.

Alamon may be accused of one-sided focus on the political economy of Lumad problem. But his critics, I am very sure, will also have to endure the same criticism –one sided emphasis on culture and reduction of Lumad problem to the plea for respect and liberal tolerance. He will have nothing to do with such purely scholastic exercise. Rather he invites us to integrate and immerse in Lumad communities so we can learn the “most fearsome model of resistance against imperialism’s past and continuing onslaught” (p. 223).

I highly recommend this book for academics and non-academics who are tired of perusing through the convoluted writings –peppered with Derridean and post-structuralist jargons–  of contemporary writers about the subaltern and other-ness.  Such writings leave so much to be desired in understanding the current plight of the Lumad. Those who do not want to struggle with the Lumad, don’t read this book. You might be converted.  To the bold readers, “Dare to struggle, dare to win!”

Reviewed by Gerry Lanuza
Department of Sociology, University of the Philippines-Diliman