Over the past few years, sea and island issues have become a common concern for Vietnam, neighboring countries and all over the world. A good number of programs, research projects, including sea, islands, and the struggle for sovereignty over sea and islands, maritime trade, as well as the rise and fall of Asian and Vietnamese trading ports and so forth in the late Medieval period (14th-15th century) have been treated as important and strategic key themes of research. Nonetheless, there are only a few monographs about a typical and concrete commercial port that discuss such issues, in Vietnamese historiography. Prof. Nguyen Van Kim’s book on Van Don (雲 屯) – the present-day Van Don island district in Quang Ninh province – is an important contribution to this literature.

The continuing development of Van Don from the 11th century until late 18th century was long doubted by many foreign scholars since its existence was believed as only prolonged to the 15th century. The main focus of the book therefore is to clarify and provide better evidence on the birth and development of Van Don through seven centuries: from the dynasties of Ly (李 朝, 11th-13th century), Tran (陳 朝, 13th-15th century), Early Le (初 黎 朝, 15th-16th century), Mac (莫 朝, 16th century) and Post Le (後 黎 朝, 16th-18th century). The book indeed embraces seven centuries of development of Van Don as a regional and interregional commercial port. With meticulous archival documents and annals, and these are engaged into the interdisciplinary perspectives, Prof Kim seeks to encapsulate and deal with such a broad issue. The book offers a synthetic review and analysis of the external relations of Van Don along with timeliness recognition of the Northeast Sea and islands in the close relationship with the commercial system of Asia. As readers will notice, the book sheds lights on domestic and international trading activities, and also points out the outpost and strategic position of the Northeast gateway in protecting and maintaining the security, sovereignty and economic interests of Vietnam in the past.

The book consists of five overarching chapters. Chapter 1, “Potentials and Position,” illustrates the evolution of Van Don port in three related research tasks. The firstly is to locate the center position of Van Don in connection with other commercial ports of the Northeast sea and islands. Second is the coverage of trading activities of Van Don in all aspects in regional, interregional and global context. Then third, there is the place of the Northeast Sea and islands of Vietnam along and into a closer relationship with the Asian age of commerce (p. 33).

The following parts of the book seek to illuminate maritime potential and traditional sea oriented exploitation through the guidelines and policies of Vietnamese monarchical dynasties (i.e., ways of exploiting the sea and islands, the maritime economic activities of communities, and listing people living in Van Don and the Northeast area). Chapter 2, “Van Don commercial port in the Ly Dynasty” describes in detail the development of the port during the 11th-13th century as the most important period of the port. It laid down the early foundation of the port and the growth of trade in the region. Chapter 3, “The flourishing time of a commercial port”, analyzes the external economic position of Van Don commercial port, as well as political, economic and cultural roles of the Northeast regional Sea and islands in the trading line and network and diplomatic system of the East Asian region.

Based on new findings, especially from the Yuan China, Ming China, the influence of Islam, Southeast Asian ceramics and other archeological objects explored in Van Don, the book seeks to reappraise the important roles of Van Don and other regional trading centers in the general development of Vietnam. 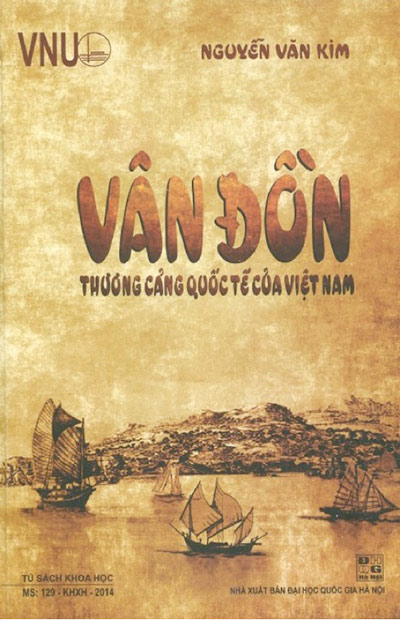 Being considered as the most typical case during the 11th-14th century Vietnam, Van Don was not only a hub of singular ports, but also functioned as a center that played key roles in coordinating and linking activities of all trading ports (this center rotated among islands over the course of time). As such, Van Don was a perfect port that interacted with other regional hubs. Chapter 4, “Van Don in the trading network of the East Asian region in the 15th-18th century” describes in detail such situation. Economically, Van Don was not only a commercial port but also a vast region with highly valued goods which were preferred by foreign merchants. Above all others, Van Kim seeks to justify the fact that Van Don could be considered a new model, or possibly a so-called rare and typical “Sea Port Model” in the Vietnamese history, this is proposed in the Introduction (pp. 13, 14).

In Chapter 5, “A general view”, Van Kim concludes that although Van Don was located far from the capital of Thang Long, it was oriented towards the sea and had become one of the regular destinations in the region, a focus point of domestic and regional trading flow. He highlights the real strength of Van Don, based on the system approach and interdisciplinary studies, was flourished by four elements. First, Van Don rose to prominence due to its strategic location in the transportation line. Second, it offered a safe entrepôt in the East Asian trade routes. Third, it had abundant sources of goods for regional trade. Forth, it was a resource-rich sea and islands region (p. 360). Having meticulously affirmed Van Don’s potentials, economic and political roles, Van Kim devotes the last chapter of the book to extent the meaning of the international cooperation for Vietnam, furnishing a sense and faith about the prospect of the sea and islands economic development of Van Don.

In the last chapter and conclusion he also discusses the recent development of Van Don—Quang Ninh as part of a special economic zone and the government policy of “Sea strategy of Vietnam for 2020”, which was promulgated by the government in February 2007. Van Don is expected to become the “Special Economic and Administrative Zone”, the “Merchandise Rotational Center” between the Northeast and Southeast Asia. In that sense, the book offers its readers a grounding in historical research into the contemporary issues and also understanding of its complexity.

Historically, the Northeast sea and islands were one of the key areas in the external economic development that was frequently faced with cultural trends and political challenges from outside powers. In that context, the book presents the roles of both local and central authorities in order to set up diplomatic relations and ways of maritime security, sovereignty over sea and islands. By doing so, it aims to reach deeper and comprehensive awareness on foreign policy and the spirit of the people under these frequent threats, as an important lesson from the past.

With the in-depth and serious study of Van Don, the book enriches readers to acknowledge the vicissitudes of the seven-century commercial port as well as external economic thoughts and conquests of the monarchical states. It is important to note that the book won the VNU Science and Technology outstanding award for excellent works awarded by the Vietnam National University (VNU) in 2014. It is indeed an invaluable gift for Prof. Nguyen Van Kim after devoting 20 years of his life in the study of Van Don.