Reading Tan Swie Ling’s book is a challenge. From its title, readers can peek at topics that are always controversial. Nearly 600 pages thick, it also makes readers understand that this book doesn’t make for a light bedtime read. Reading this book requires carefulness and patience, especially when retracing the 1965 chaos (either physical or ideology) from the point of view of one of its victims. Although Tan wants to invite readers to retrospectively look into a series of incidents – which are, from his point of view often called “G30S,” it’s a pity that he does not explain where “Tan Swie Ling” comes from, and what position he occupied in the Communist Party of Indonesia (PKI/ Partai Komunis Indonesia). Tan only describes himself as “an ordinary Chinese, a victim of the New Order.” So, Tan was not a victim simply because of his affliation to PKI, but also because of his Chineseness. These pluralities of experiences as a victim sets the backdrop for the setting of this book that is divided into two parts: the first part is about the G30S and its aftermath, and the second part contains a reflection on the circumstances and situation of the ethnic Chinese in independent Indonesia.

In the first part of the book, Tan describes his experiences as a member of a political party that was accused of an attempted coup d’état, and then as a political prisoner for 13 years under the anti-Communist regime. Here at the same time, Tan is also offering his own theory about who was the mastermind behind a series of events; the murder of six military general and series of insistent attacks against PKI as the accused perpetrator of the murder. Tan puts this G30S in the context of the Cold War and exposes with no doubt every incident that refers to CIA involvement – via an institution, namely Biro Chusus (Special Bureau), that bridged this muscleless party to the Indonesian military institutions – even to a former dictator who later on benefited the most from the killing of the military generals and the extirpation of PKI, that is: Maj. Gen. Suharto. Tan does not deny the role of PKI in the G30S, but totally rejects the accusations and consequences that were placed on all members of PKI. This is because the existence of the Biro Chusus did not fit in with the traditional party hierarchy (therefore, the status of its members as a cadre of PKI was also problematic). In addition, some cadres were working for two masters, such as Syam Kamaruzaman who had successfully infiltrated the party through a problematic hiring process. Tan also despises the panic and cowardly reactions of most PKI cadres – which from his point of view, is proof that PKI was not planning to take power through a coup or by any other force. Tan’s position as a close aid to Sudisman (the last chairperson of PKI) and his experience as a G30S/PKI prisoner gave him an “”insider” insight (based on his observations and discussions with other prisoners in jail) that made him believe on the involvement of CIA in the G30S incident, and he rejects one academic analysis that was solely based on the official report of an investigation (BAP/ Berita Acara Pemeriksaan).Tan states that BAP is nothing more than rubbish, as it was based on prisoners confessions who were tortured and intimidated. 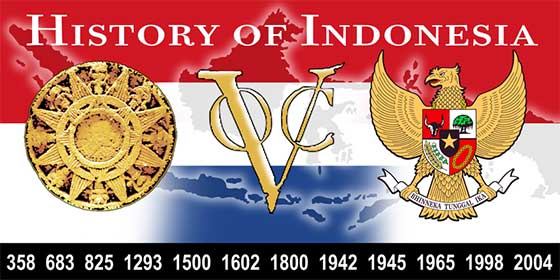 From the first part of the book, however, there is almost no link that connects it with its second part. The only link is about the author himself who is one of the few ethnic Chinese who cared enough to become keenly involve in politics. One consequence is quite clear: the ethnic Chinese became the political prey of the New Order regime that associated them with communists. While in the first part of the book Tan tells his story based on personal experiences as a political prisoner, in the second part of the book Tan speaks on behalf of the group, namely the ethnic Chinese minority that had similar experiences: they bore the label of “Chinese” in an independent Indonesia and thus, they had enough of discriminatory practices.

As a “Chinese” that is so often treated as a scapegoat [in any social problem], Tan also has created a series of scapegoats behind this minority’s woes: the Dutch colonial government and its divide-and-rule politics; the NICA [Netherlands Indies Civil Administration – a semi-military organization that ruled after the Second World War] that created an image of the Chinese as if they were working for the Dutch during the revolution; the New Order regime; and the CIA. Tan also blames the lack of understanding of the Indonesian community on the origin and the real meaning of being a nation, which according to him, is reflected in the writings of Otto Bauer and Ernest Renan, i.e., as a union that was formed by a common fate and willingness to live together. For Tan, the common fate of being colonialized under the Dutch should have made the ethnic Chinese more accepted as a fellow brethren in the Indonesian nation. The willingness to live together as a nation, however, had been truncated by the Law on Nationality (undang-undang kewarganegaraan) that differentiates the so-called indigenous (asli [the natives]) and non-indigenous (tidak asli [the ethnic Chinese]). As an antidote to all of these problems, Tan gives advice that is not new but still worth to tell: that the ethnic Chinese, as citizens, should participate actively in politics and build its political muscle so they won’t easily treated as scapegoats by the rulers. 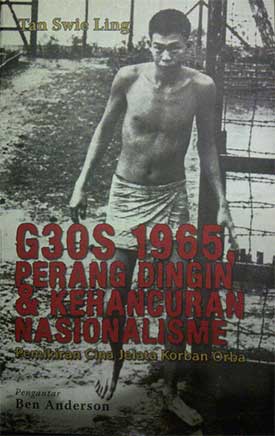 Similar to his persistent defense of PKI, Tan zealously defends ethnic Chinese to the extent that it appears frivolous. For example, in Tan’s desciption ethnic Chinese seem to be depicted as a monolithic group. Whereas from the perspective of three Chinese persons who were invited as representatives to give input into the drafting of the 1945 Constitution (all three views are cited in Tan’s book), it is clear that the Chinese had a variety of different backgrounds and political orientations. It was in this background that one of them rejected Indoensian citizenship, while another demanded legal discretions for any Chinese who did not want to be Indonesian citizens. These legal discretions, apparently, became a form of political maneuvering against all ethnic Chinese in that their loyalty as Indonesian citizens, needed to be constantly proven.

Another point neglected in Tan’s book is his contempt toward some Indonesian leaders and nationalist groups who rejected a number of ethnic Chinese nationalist figures, such as Kwee Kek Beng, a former newspaper editor of Sin Po. Presumably, Tan forgets that Kwee was not just a nationalist, but also a nationalist whose orientation was toward China, following the political concepts he proposed in Sin Po. Nevertheless, Tan is perceptive in noticing that the Law on Nationality (promulgated in 2006) was claimed as a revolutionary act, and actually still maintains an unwillingness to remove boundaries between indigenous citizen and Chinese who were already labeled as “non-indigenous.”

The reader might be disappointed in expecting this book to be a memoir of Tan Swie Ling – unlike, Salim’s memoir that honestly presents the author’s weakness and fear as a prisoner. Tan shares notes of his experiences, but the lion share of the book dwells on his political views. As Benedict Anderson notes in the Preface, Tan starts the story from the year 1965 when he was captured together with Sudisman in their hiding place. He does not explain how he had come to that point in life and thus, readers are left in the dark to guess, making it difficult to empathize and look at various things as presented through Tan’s point of view as author. It is as if Tan has finally opened up his mouth [to talk], but not his own self. The only part in which readers could feel a “connection” with Tan is when he describes the final moments of Sudisman’s execution, how he was saying good-bye to his admired leader by singing the “Pujaan Partai” [the PKI’s song] in tears. Here, not only the warden and prisoners were lost in emotion, but in the end also the readers.