The book is a compilation of insightful articles, written in Chinese, that engage and expose readers to controversial topics, unsung ordinary woman stories, and critical gender issues in Malaysia. It reveals the dilemma and experiences faced by marginalised communities and vulnerable groups.

It consists of two main parts. The first part has seven selected issues. They are: childbirth control (chapter 1), comfort women (chapter 2), women as worker and mother (chapter 3), female political leaders (chapter 4), violence against women (chapter 5), LGBTQ community (chapter 6), and foreign female sex workers (chapter 7). It departs from the premise that ‘this is not only their issues‘(p.10). It reminds its readers that although those issues largely affected the vulnerable/ marginalized women, the value of justice should be upheld as everyone plays a role in understanding the issues for being part of a heterogeneous society. 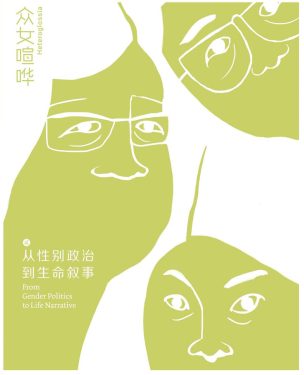 Each chapter is written by those who are deeply engaged to the subject; they are scholars, researchers, and activists who are based in Malaysia. Chapter 1, written by Por Heong Hong (傅向紅), discusses the development of Malaysian government policy against the backdrop of population growth, from the post-war context until the late 1980s. It argues that women’s reproductive rights had been compromised in the name of economic development progress for the sake of nation building. Chapter 2, written by Tung Wan Qing (鄧婉晴),  departs from questioning the missing voices of “comfort women” in Malaysia, and a call for the ruling government to bring back justice for these women. Chapter 3, written by Yong Kiat (杨洁), tackles the issues of women’s double burdens as workers and mothers by questioning the normative assumption that women are willingly and voluntarily taking these gendered roles. Chapter 4, written by Cheong Wey Jin (张溦紟), portraits two prominent and promising young leaders from two different political parties:  Chua Yee Ling of People’s Justice Party (PKR) and Soh Sook Hua of Socialist Party of Malaysia (PSM). It highlights the challenging aspect of gender differences in the political sphere especially for young women leaders. Chapter 5, written by Wong Su Zane (王妤娴), discusses the phases of recovery of rape survivors, rape myth, and stressing the importance of creating educational platform for the public, for building up a stronger support system for women who are survivors of violence. Chapter 6, written by Chong Yee Shan (张玉珊), argues that the real concerns and issues of the marginalised groups, such as in the LGBTQ community, have not been impartially addressed, and that their representations in the public news are being politicised unnecessarily by political parties to garner conservative grassroots support.  Chapter 7, written by Lau Ka Mei (刘嘉美), reveals the vulnerability of foreign sex workers who are living on the fringes of the society.  As workers, they have aspirations to gain economy independent and to escape from patriarchal family control – which we commonly share, for better livelihoods.

The second part of the book departs from the premise that stories have been historically male-centered. It specifically dedicates and listens to the voices of women, through their life narratives of lived experiences. It ranges from women who are recognised as public figures, women pioneers in certain jobs that traditionally prioritised men, and to ordinary women’s accounts of their everyday lives as workers in male-dominated sector (i.e. construction and plantation). It features six heroines and unpacks their life stories through their personal reflections, descriptions, and the best of all, with their own choice of words. Personal narratives have been widely accepted and promoted in scientific research because it enables researchers to fully gauge the nuance voices, opinions and stories of women interviewees.

The book is a must read and highly recommended for those would like to pursue deeper conversation through ‘listening’ to the lived experiences of Malaysian women who represent the different societal status and visibility in the public sphere.  It will benefit students, activists, and the general public who have interest in understanding women and gender issues in Malaysia and in general, in the Southeast Asia context.