The edited volume by Tommy Koh and his colleagues on fifty years of ASEAN illustrates Singapore’s perspective on this regional organization, which is regarded as the key pillar of Singapore’s foreign policy. The book sheds lights on the historical evolution of ASEAN, the achievements, the pains, and the challenges faced by ASEAN over the past fifty years.

The book, a compilation of 50 think pieces by senior diplomats and scholars in Singapore, significantly contributes to the understanding and appreciation of ASEAN’s role in maintaining peace and stability and fostering socio-economic development in the region, and the shortcomings and challenges that ASEAN is facing and is going to face.

ASEAN is one of the core pillars of Singapore’s foreign policy. The statement by former foreign minister of Singapore, S.Rajatnam, on August 8, 1968 reads, “We want to ensure that ASEAN stands for the interests of ASEAN and therefore by implications for the peace and prosperity of the world.” 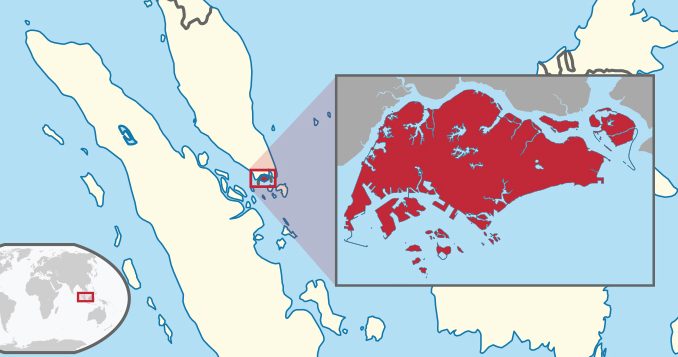 Singapore is one of the founding members of ASEAN. As the rotating chair of ASEAN this year, Singapore has committed to strengthening ASEAN’s resilience and ability to innovate. Digital economy, cyber security, youth empowerment, and practical security cooperation particularly under the ADMM and ADMM Plus are the two main issues to be addressed this year.

ASEAN, founded in 1967, has claimed to be one of the most successful regional organizations after the European Union. The ideals and visions of ASEAN have been recognized as the driving forces of regional cooperation.

The 1967 Bangkok Declaration states that, “the Association represents the collective will of the nations of Southeast Asia to bind themselves together in friendship and cooperation and, through joint efforts and sacrifices, secure for their peoples and for posterity the blessings of peace, freedom and prosperity”.

The emergence of major power rivalry, particularly between the US and China, has tested and challenged the unity and centrality of ASEAN. One contributor, Tang Seng Chye, argues, “Maintaining ASEAN unity and its centrality in the regional architecture is important for ASEAN to remain a peaceful and prosperous region” (p.144).

ASEAN Centrality has been challenged by the disputes and tensions in the South China Sea and ASEAN will continue to face challenges to tis centrality. Dominic Goh suggested that, “ASEAN unity and centrality can be strengthened through closer political cooperation, economic integration, building physical linkages among member states, and fostering an ASEAN community mindset among our peoples.”

He added that, “the major powers will pressure ASEAN to support their positions. If they are unable to get ASEAN support, they could even try to split ASEAN. ASEAN Member States need to be aware of this. Instead of taking sides, we should take consistent positions and stand united in favor of principles that are in ASEAN’s long-term interests.” (p.141).

Reflecting on the process of drafting the ASEAN Charter, Tommy Koh highlights six lessons learned, including (1) be a neutral chairman, (2) work with the Secretariat, (3) manage strong personalities, (4) be aware of different work ethics, (5) focus on the substance, (6) work for the ASEAN culture of mutual accommodation (pp. 231-234).

The stories on the role of ASEAN in solving the Cambodia problem in 1980s, maintaining peace and stability in the region, providing support to Myanmar in the aftermath of cyclone Nargis in 2008, fighting terrorism and extremism, promoting political trust and confidence within ASEAN and between ASEAN with dialogue partners, promoting mutual understanding and cultural exchanges among the ASEAN people, and deepening regional economic cooperation and integration are some of the remarkable achievements of ASEAN over the past fifty years. 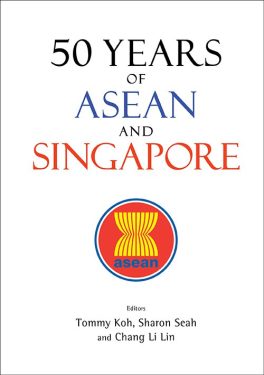 Under the pillar of political security community, the main arguments of the book are ASEAN is an important political force for regional stability, external threats fostered closer regional cooperation, ASEAN is not a forum for the resolution of underlying sovereignty and judicial disputes, ASEAN needs to promote practical security cooperation, and strengthen a rules-based order.

Under the pillar of economic community, the key arguments are narrowing development and promoting inclusive economic integration is vital to the realization of ASEAN Economic Community. The challenges and gaps that ASEAN needs to overcome are to emphasize on the practical progress of the companies operating on the ground level, and allow the more advanced economies to liberalize first.

Under the pillar of socio-cultural community, the book chapters suggest that ASEAN needs to continue promoting a people-centered, people-oriented ASEAN, enhancing ASEAN-civil society engagement, promoting cultural exchanges, improving human rights standard and compliance especially with regards to the protection of the rights of women, children and migrant workers, addressing non-traditional security threats such as pandemic diseases and natural disasters, and empowering the youth.

On ASEAN’s external relations, the book gives an overview and outlook of ASEAN’s relations with Australia, New Zealand, the European Union, Japan, the United States, the Republic of Korea, China, Russia, India, and the United Nations. The global role and strategic leverage of ASEAN relies its network of bilateral relationship and partnership with dialogue partners.

Looking forward, ASEAN needs to strengthen its institutional capacity, particularly empower and strengthen the role of the Secretariat, foster close political cooperation and policy coordination among the Member States, further empower the people of ASEAN to be truly part of the regional community building project, and deliver more concrete results on the ground. People’s consciousness and participation in ASEAN defines the future of ASEAN.

The greatest challenge of ASEAN, Bilahari Kausikan opined, is the complex domestic politics in each ASEAN Member State and the intervention from major powers seeking to “capture and harness ASEAN to their ends.” He added, “ASEAN cannot remain as it presently is: an elite construct.” And there is a need to have a “broad and deep foundation of realistic and not idealized public understanding of what ASEAN can and cannot do” (pp.396-397).

Reviewed by Chheang Vannarith
Chairman of the Mekong Connect, www.mekong-connect.org