Something is brewing in the state of Nusantara. Primarily centred in Malaysia and Indonesia, the Malay world often swings between moderation and fundamentalism, with a fierce contest of the interpretation of legalistic Islam.

But it is not bearded men in white robes and songkok that did much to render legitimacy and power to the Islamists. It is the western-educated, suit-wearing and English-speaking politicians. Two major politicians exemplify this: Najib Razak, the Prime Minister of Malaysia and Anies Baswedan, the former Education and Culture Minister of Indonesia and a frontrunner for Jakarta’s gubernatorial election.

Within one month, the capital of the largest Muslim democracy has made international headlines for two very different —if not opposite— reasons. Basuki “Ahok” Tjahaja Purnama won the first round of the gubernatorial election, an unprecedented feat for a Chinese Christian in the history of Indonesia. Yet, violent mass protests took place to condemn Ahok for allegedly insulting Islam when he spoke against those who misused Quranic verse for political purposes (“Jakarta’s Ethnic Chinese Leader Questioned”, 2016).

The Indonesian Ulema Council publicly accused Ahok of blasphemy, claiming that Surah al-Maidah: 51 forbids Muslims from electing a Christian as their leader (Ompusunggu, 2017). But the action that caught many observers by surprise is the embrace of the Islamic Defenders Front (FPI) by Anies Baswedan, one of Indonesia’s most progressive young intellectual-politicians.

Anies, who had been known for his moderate views on Islam and a plural society, attended the FPI-organised protest and paid a campaign visit to their firebrand leader, Rizieq Shihab. His action shocked former supporters, those who had known him since his days as an education reformer.

By his action, Anies legitimised and mainstreamed the group. By associating himself with the same rally which had, among other things, called for Ahok to be jailed or executed, Anies not only appears to condone their actions but also offered them legitimacy. Anies may not be an Islamist, but he gives legitimacy to Islamists and by continuing to collude with them in office he will further embolden and empower them.

A similar example can be seen with Malaysia’s prime minister, Najib Razak. Najib himself is not an Islamist. He studied in the U.K. and never had formal Islamic education. Unlike jailed opposition leader Anwar Ibrahim, young Najib was not a fierce orator condemning the ways of the West and calling for a return to Islamic values and world view. But Najib might very well end up as the most Islamist prime minister of Malaysia. Why? Under his rule, Malaysia might see Hudud law for the first time. In a twist of fate (or rather because of the electoral incentive) Najib is now the Islamist and Anwar the pluralist.

Some definitions need to be offered here. When using the term “Islamist”, I refer to the ideology of using the state to reorder society and impose Islamic laws and government.

In Malaysia, it wasn’t the Islamist PAS in Kelantan that created the gigantic Islamic bureaucracy we now have. It was the United Malays National Organisation (UMNO) in Putrajaya that made all that possible.

Anies and Najib may not believe in moral policing or strict Sharia law, but since the political rules do not have any regulation on ethnic or religious mobilisation, they have every electoral incentive to ride the Islamist train.

Let’s look at their voter base. Anies does not have the appeal to attract sufficient number of moderate and plural voters. Therefore he need to appeal to the conservative Muslims, the “untapped market”. No matter what Anies himself believes in, the astute politician that he is will do what is logically and mathematically rational for his ambition to be realised.

Najib launched an inclusive 1 Malaysia campaign but abandoned it after the 2013 election. The Malaysian Prime Minister pinpointed the Malaysian Chinese, who voted overwhelmingly for opposition parties, as the cause for his coalition’s dismal performance (Anand, 2013). Najib switched strategy and essentially placed all his bets on the conservative, rural or/and Muslim votes. He courted PAS, and they have tacitly formed a formidable Malay-Muslim unit in support of the bill to elevate the scope and power of the Shariah court (Abbas and Arif, 2016). Increasing the maximum punishment meted out by Shariah court is a necessary pre-requisite to pave the way for Hudud enforcement (punishments under Islamic law) as currently, Shariah courts do not have the power to hold trial over criminal offences or to hand out jail terms greater than three years, RM5,000 fine or six lashes of the cane (“Thousands Rally in Malaysia”, 2016).

At present, politicians can win big by playing the Islamist card and this is unlikely to change as long as the existing rules remain. 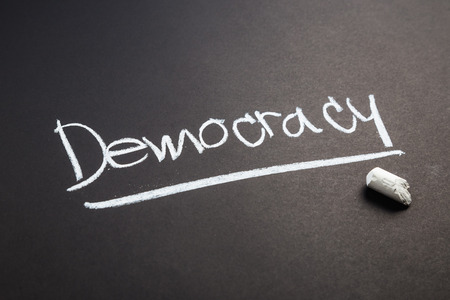 Singapore: Do their rules work?

In the past, successful tweaking of the rules in neighbouring Singapore subsequently altered the political and electoral behaviour of those running for office. The Group Representation Constituency (GRC) has institutionalised multiracialism and effectively ruled against ethnic chauvinism and religious fundamentalism in all its forms. It is not that Singapore lacks wily politicians who would rally based on those sentiments, but it is against the law and they can’t. Some critics argue that the GRC disadvantages opposition parties, but in this particular aspect, it successfully prevents what is taking place in Jakarta and Kuala Lumpur (Tan, 2005). Think how this plays out in the social setting: how can we alter rules to incentivise certain desirable behavioural outcomes? Why is there a plethora of “Malay only” or “Chinese only” job applications in Malaysia’s shopping malls and none in the United States? (Ho and Abu Bakar, 2017)

It is not that there are no ethnic preference in the U.S., but it is illegal for employers to solicit such personal information for fear of potential discrimination (“Prohibited Employment Policies/Practices”, retrieved 2017). The practice is absent not because of the goodwill of the American people but simply because it doesn’t pay to behave in that way.

Some lessons for democracy

Having a formal democratic process in place does not in itself guarantee a democratic outcome. We must be vigilant and proactive to safeguard against the pitfalls and the manipulation of democracy. There are those who can take advantage of rules which incentivise perverse outcome even within healthy and mature democracies.

We have to focus on reforming democratic institutions rather than individuals. Institutions shape rules, and with the proper statutes in place, moderate, pragmatic and ambitious politician would be far more reluctant Islamists.

Ooi Kok Hin
Ooi Kok Hin studied Political Science and Philosophy at The Ohio State University. He is currently a researcher with the Penang Institute, a state government think-tank in Malaysia.