“As a democratic country, we have the right to voice things out.”
Azmi Sharom, 2014.

During one of my lectures at Monash University Malaysia, my Malaysian and non-Malaysian students and I looked at challenges in educating the masses on issues of gender and sexual marginalisation. We contemplated the difficulties that researchers have encountered, and will continue to face in lifting up the voices of people who are relegated to the periphery of society. We noted media reports on the ferocity of antagonism towards gender-variant and sexually-diverse people in Malaysia, particularly those who self-identify as lesbian, gay, bisexual, transgender (‘LGBT’) (Zurairi 2012). We highlighted the resistance that LGBT people and their allies encounter in speaking up for their rights in society, particularly if they have already been marked as ‘songsang’ (inverted, deviant, abnormal), ‘flawed’ and ‘sinful’.

These ruminations led to another question, which evolved into a semi-debate: Should freedom of expression be unrestrainedly exercised in a country, including for LGBT people? Should they be allowed to be who they are? Some students offered a resounding ‘yes’. Some offered a more muted response by suggesting that certain forms of freedom of expression should be curtailed. The majority was undecided. As an educator and researcher who shares the opinion with countless others that human realities are perpetually unstable, fragile and contingent, I was delighted that we found ourselves with more questions than answers. As the lecture ended on a tentative note, my hope was that the discussion would continue among them post lecture.

These exchanges had me pondering a fair bit on recent Malaysian history. My thoughts strayed to the Bersih 4 Rally, or the Coalition for Clean and Fair Elections demonstration in 2015. This event saw thousands of Malaysians advocating for ‘clean elections; clean government; [the] right to dissent; strengthening parliamentary democracy and saving the economy’ (Mayuri, Aizyl and Kamles 2015). Soon after, the non-governmental organisation Himpunan Maruah Melayu (Red Shirts), which supports the ruling coalition in Malaysia, staged its own reactionary anti-Bersih demonstration (Malay Mail Online 2015). On my Facebook timeline, I named the Red Shirts’ reactions as imbecilic. A friend wrote in response that my posting was inconsistent with my own belief in freedom of expression. The Red Shirts, my friend wrote, had as much right as the Bersih 4 Rally protestors to express themselves. I loathed to admit it, but my friend was right. They had every right to believe, to be and to act according to their conscience. 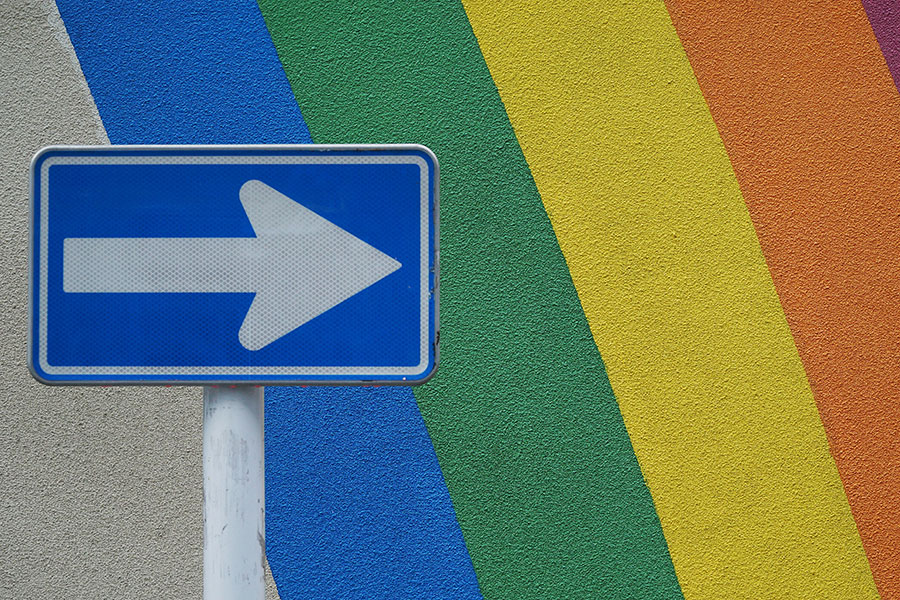 Yet, LGBT Malaysians are often perceived as exercising ‘incorrect’ or ‘distorted’ agency. This form of agency, as it is often believed, leads to ‘distorted’ forms of self-representation (the way in which one portrays oneself and relates to others) and self-determination (the way in which one takes charge of one’s own life). ‘Distorted’ agency thus leads to ‘songsang’ forms of expression. This led me to think: Rather than pondering on the rights of LGBT Malaysians (or lack thereof) to freedom of expression, would it not be more productive to ask if LGBT Malaysians are actually permitted to locate themselves within the perimeters of their own agency? In other words, do LGBT Malaysians actually have the necessary space as people who can formulate their own freedom of expression? It seems to me that freedom of expression is first a luxury before it is a right. Might it be that the capacity to speak up and live freely from one’s specific location in life is less a right than it is a privilege, accorded to some but not to others? Is freedom of expression possible when one has already been consigned to the periphery of society?

‘Well-meaning’ religio-political, socio-cultural and legal forces are often in gleeful harmonious collusion against the self-representations and self-determination of LGBT people. LGBT people are often muzzled. Although they do find strategies to unmuzzle themselves through personal and collective avenues, it seems that there are more instances in which they are disallowed from speaking than there are in which they can speak for themselves on their own terms. When they do have the opportunity to speak, what they say often holds little traction, as they are told that what they have to say is immaterial, flawed or perverted. Their speech is thus censored, and only self-admissions of ‘songsang’, ‘flaw’ and ‘sin’, accompanied by promises of ‘repentance’, are permitted to filter through and count as ‘correct’ discourse (Sinar Harian 2012).

Therefore, it is hardly surprising that ‘well-meaning’ religio-political, socio-cultural and legal forces feel it incumbent on themselves to engage in voice-overs, to regulate the speech of LGBT people. They speak over, at, on behalf of, and against them. A few examples will help elucidate my point. The State continues to view the presence of LGBT Malaysians as a problematic ‘culture’ that needs to be confronted (Lazaroo 2016) or an illness that can be remedied (E. H. Teh 2013), rather than the presence of human diversity. ‘Openly … LGBT’ Malaysians are not permitted into the police force on the sole reason of their gender and sexual identities, despite being qualified (Yiswaree 2016). Christian pastors continue to label LGBT people as ‘sexually broken’ (Lum 2013). One Muslim authority has even referred to LGBT people as followers of Satan’s footsteps and responsible for courting divine wrath (Hussaini and Saifullizam 2012). It seems to me that those who are involved in these ‘voice-overs’ lay absolute claim to the intellectual, moral and spiritual high ground as they pontificate on the lives of LGBT people. Their speech suggests an inflated sense of discursive authority that trumps the discourses of LGBT people themselves. 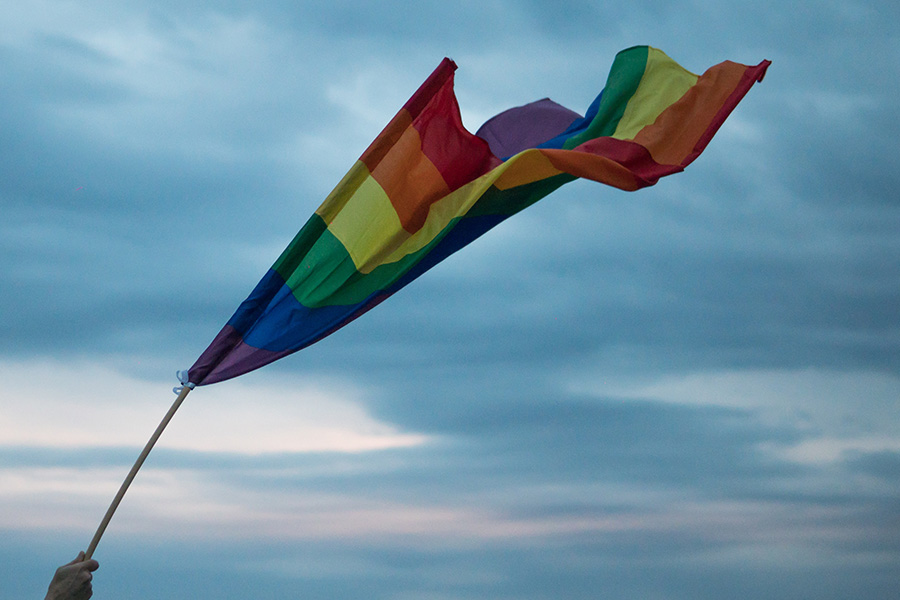 At this juncture, I am reminded of the feminist and queer theorist Judith Butler’s (1997) assertion that:

Butler speaks of how a subject actually ‘comes to be’ through that which can be and cannot be spoken about the subject, on personal and social planes. A person is known and recognised as a ‘valid’ person by what he or she is permitted and not permitted to say within society, and what has been sanctioned and discredited in public discourses. Drawing on Butler’s insight, I suggest that voice-overs have several effects. First, voice-overs drown out the voices and lives of LGBT people through persistent insistence on how their lives should be lived instead of acknowledging that their lives are actually being lived.

Second, they disallow the ‘social domain of speakable discourse’ (Butler 1997, 133) for LGBT Malaysians that is simultaneously a realm of subjective production for them. In other words, voice-overs construct heteronormative discursive territories in which LGBT Malaysians are not only unable to speak, but are excluded from the possibilities of free speech, which are instrumental for agency and self-determination. Hence, LGBT Malaysians, who already have no protection under the Federal Constitution (Mazwin 2012), discover that they can never truly ‘come to be’, that is, they can never be full and rightful citizens in their own country. Denying LGBT Malaysians their freedom of expression reduces them to what Malaysian sociologist Teh Yik Koon (2001) calls ‘non-entities’, or subject positions that are not meant to materialise — to exist — in the first place, because they do not ‘fit’ into religio-political, socio-cultural and legal discourses. 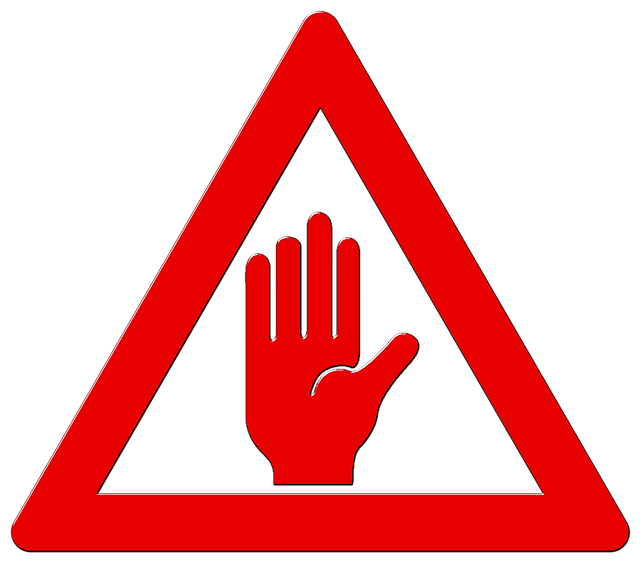 Consequently, LGBT Malaysians are relocated to what feminist postcolonial theorist Banu Özkazanç-Pan (2012) refers to as ‘subaltern subject positions’ (575), because they are prevented from participating in the religio-political, socio-cultural and legal mechanisms that shape their destinies. LGBT Malaysians are subalternised insofar as their freedom of expression is denied entry into the ‘social domain of speakable discourse’ (Butler 1997, 133) by State and society. The luxury of freedom of expression, as such, is well beyond their reach. I often think of the sad irony in which the right to self-representation and self-determination is considered, debated and constructed by (ostensibly) non-LGBT people, rather than by LGBT people themselves — the people whose voices, insights and decisions directly impact their own destinies.

I think it is important for Malaysians to think critically and ask what would happen if ‘well-meaning’ voice-overs are discarded in favour of allowing LGBT people to carve out spaces in which they may shape their own personal and ‘social domain of speakable discourse’ (Butler 1997, 133). In other words, what would happen if LGBT Malaysians are given access to enabling spaces in order to articulate the ways in which they understand themselves and live as gender variant and sexually diverse citizens, social actors, cultural makers and people of faith on their own terms? What would happen if, as I had mentioned elsewhere, ‘a deep-seated scepticism of heteronormatively-rationalised censures’ (Goh 2015, 17) is permitted to interrogate and shatter preconceived notions of LGBT Malaysians with the goal of allowing LGBT Malaysians to be themselves?

I believe that freedom of expression is the right of all Malaysians, but it can never truly be freedom of expression if it is bound by uncritical and misinformed constraints and restrictions. Although I agree that mechanisms need to be set in place in order to create a safe and just environment, these conditions and limitations that are ‘well-meaning’ need to be constantly interrogated for relevance and the potential for oppression. What is of paramount importance is that freedom of expression must always be accompanied by the elements of risk and uncertainty, in which the human spirit is given free rein to learn, stumble and gain clarity in realising its own unique version of ‘humanness’, without the aid of voice-overs. Too firm a grip on a specific understanding of freedom of expression may eventually choke the life out of it.

It is irrational and totally unjustifiable to think that the creation of such spaces would automatically spell the unleashing of chaos, disorder and moral turpitude. Instead, I believe that it would be far more rational and intellectually viable to predict a broadening and expanding acceptance and inclusion of unconventional gender and sexual identities in the Malaysian worldview. Is it too far-fetched to imagine that an enabling environment would give rise to a greater respect and understanding of unfamiliar subject positions among Malaysians? Will this not, in turn, make for a more radical vision of 1Malaysia, ‘which emphasises the importance of national unity regardless of race, background or religious belief’ (1Malaysia 2014), and to which I add, ‘diverse identities of gender and sexuality’? Will it not serve the interests of the country better if it is guided by an eagerness to be acquainted with, and learn from ‘the Other’, rather than by an inordinate fear of those whom it erroneously perceives as the culprits of civil unrest and moral decay?

As a Malaysian living in Malaysia, a country founded on the celebration of diversity and differences, I believe that the act of prohibiting LGBT Malaysians from carving out the necessary spaces to exercise agency and form their own ‘domain of speakable discourse’ (Butler 1997, 133) is an exercise in national impoverishment. As freedom of expression is integral to human existence, it forms the liveability of all Malaysians, including LGBT Malaysians. The luxury of agency, self-representation and self-determination must be accessible to all citizens, because this luxury allows them to exist without the fear of being criminalised simply for who they are. There should be no room made available for political rat races, oppressive cultural myths, or misplaced faith systems at the expense of LGBT Malaysians — there should only be a humble and sincere appreciation of differences, and spaces to celebrate these differences together.

Joseph N. Goh
Joseph N. Goh is a Lecturer in Gender Studies at the School of Arts and Social Sciences, Monash University Malaysia. He holds a PhD in gender, sexuality and theology, and his research interests include queer and LGBTI studies, human rights and sexual health issues, diverse theological and religious studies, and qualitative research. Goh’s personal weblog is at http://josephgoh.org.