This book proposes to trace the “genealogical exclusivism” in the citizenship practice in Indonesia by emphasizing the construction of a shared narrative about Indonesian citizen from a historiographical perspective. It aims to understand the process of producing discourses and the issues of citizenship that lives both historically and within the framework of sociological and political phenomena. Unlike the official Indonesian historiography tradition that emphasizes the nation cohesiveness (the idea of the “unity of Indonesia”), this book looks at the seeds of exclusivism that shake the basic principles of togetherness in Indonesia nationalism as the nation’s narrative. It investigates how certain groups continuously abuse the different statuses of the concept of “indigenous Indonesian”, especially when dealing with the power authority in the practice of citizenship.

Chapter 2, deals with the uncertainty of the meaning of the concept of citizenship in the memory of Indonesian nationality. Purwanto assumes that that there are no writing attends to the issue of the citizenship of the Indonesian President and Vice President. He narrates the process of exclusivism by tracing the formation of the concept of “Bumiputera” (sons of the soil/ indigenous) in the early 20th century that correlates to the formation of Indonesian nationalism. He shows how it influenced the ambiguity of the idea of citizenship in the Constitutional discussion at that time. 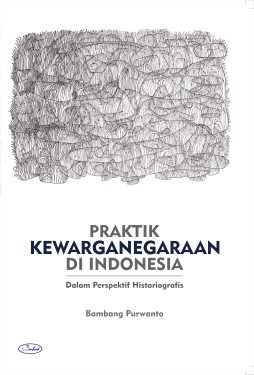 Chapter 3 begins with an explanation on the Dutch political and military expansions during the mid-19th century. Purwanto shows how these colonial expansions, ironically, gradually strengthened the symbolic bonds of various local identities as “colonized peoples” (hamba jajahan) and the fading of self-identity as local nation that had existed before. Toward the 20th century, along with the dawn of Indonesian nationalism in the Dutch East Indies, various political movements began to show an awareness of Indonesian nationality. It brought up the debate on “pure-blooded indigenous” (Bumiputera Asli) versus “colonial indigenous” (Bumiputera Kolonial) that showed the process of Indonesian nationalism. The question on who is the real Bumiputera was not really addressed, and citizenship exclusivism was maintained.

In chapter 4, Purwanto points out one factor that maintained exclusivism in the discourse of citizenship during Indonesia’s independence (1945). The formal provision (based on the 1945 Constitution) were not based on the awareness that the term “asli” (indigenous) should no longer be used, and in what context it was still relevant to be used. It departs from the order of the colonial society that segregated 3 groups of population: Europeans, foreign Orientals (which included Chinese, Indians, and Arabs) and indigenous peoples. This colonial construction was maintained in the formation of formal documents that were in force in Indonesia, even long after independence. This colonial ambiguity on the concept of Indonesian citizens was well illustrated regarding the case of the Chinese community and the Arab community. In the colonial construction both are classified as foreign Orientals, but because the Arab community has the same Islamic historical roots as the majority of the indigenous population of Indonesia, they are immediately integrated as part of Indonesian citizens. This ambiguity is finally settled with the Constitutional amendment in 2001.

The principal strength of this book lies on its explanation of the colonial element in the citizenship practices in modern Indonesia. It offers how Indonesian historiography requires not only decolonization but also decolonialization process. It suggests that Indonesian historiography should continue to undergo decolonialization, especially on the issue of citizenship practices to achieve equality for all Indonesians. Although it is an engaging book, a few problems could get more attention. For example, a bit more in-depth discussion on the case of Basuki Tjahaja Purnama and the 2017 Jakarta gubernatorial election would have accommodated Purwanto’s study on citizenship practice in contemporary Indonesia. Notwithstanding this issue, it is a well written book and accessible for wide-ranging audience. This book is an important contribution to Indonesian historical studies as it broadens our perspective on the issues of Indonesian citizenship.

Eka Ningtyas is a lecturer at the Program of study in History at the Faculty of Social Sciences, Universitas Negeri Yogyakarta, Indonesia. Currently, she is a doctoral candidate from the Department of History, Society and Civilization, Insitut National des Langues et Civilisation Orientales (INALCO) Paris, under the supervision of Prof. Etienne Naveau from CERLOM-INALCO and Dr. Remy Madinier from Institut d’Asie Oriental, ENS-Lyon. Her doctoral research focuses on Javanism in the political, religious and literary discourse in modern Indonesia. She may be contacted at eka.ningtyasss@gmail.com