Earlier in March, Seah Kian Peng, a Member of Parliament in Singapore, “expressed shock” at the overwhelming number of foreign faculty members in Singapore’s universities. Seah pointed out the need for more Singaporean academics in “context-sensitive subjects like political science.” In fact, he was flabbergasted that Singaporean faculty members made up the minority (28% of the 25 faculty members) in the National University of Singapore’s (NUS) political science department. However, Seah’s comments came as no surprise to many Singaporean academics and graduate students. 1 Almost exactly a year ago, Nominated Member of Parliament (NMP) Eugene Tan, an associate professor of Law at Singapore Management University, raised the same issue in parliament. Indranee Rajah, Senior Minister of State for Education, pointed out that Singaporeans made up one in four (25%) faculty members on the tenure-track in both NUS and Nanyang Technological University (NTU); Singapore Management University’s (SMU) figure is one in six (16.6%); and Singapore University of Technology and Design’s (SUTD) figure is one in three (33.3%). 2 In other words, Singaporean faculty members are a minority in Singapore’s universities. 3

Singaporean faculty members are a minority in Singapore’s universities.

A few months ago, Carissa Kang gave a presentation entitled “Singapore’s Academic Outlook: Opinions from Singaporean PhD Students” for her “Professional Development” seminar at Cornell University. With the help of several PhD friends, she conducted and analyzed an exploratory online survey (using the snowball method) to find out the opinions of Singaporean PhD students (those pursuing their PhDs in Singapore and overseas) towards the local academic job market (see survey questions below). She was interested in finding out if the low proportion of Singaporean faculty could be due a supply side issue (i.e., Singaporean PhD students not wanting to work in Singapore), rather than a demand issue (i.e., discriminatory hiring policies). Forty-three responses from PhD students who are currently pursuing their doctoral degree in different parts of the world were received. 6

From the survey, only about half (51%) the respondents reported that they were planning to stay on in academia. 28% would definitely not pursue an academic career, while 18% remain unsure. Interestingly, one respondent (a Singaporean PhD student pursuing his degree in Singapore) wrote, “Yes, but I can’t,” because he feels that “Singaporean PhD graduates aren’t valued. I’d apply, but chances of being shortlisted are bleak.” 7

As for the question on whether one would apply for jobs in Singapore or elsewhere in the world, less than half of our 43 respondents (40%) gave a definite “Yes.” While 19% responded “Maybe,” another 14% would rather work overseas. 8

Some of the qualified PhD candidates mentioned that the thought of applying for a faculty position in Singapore never crossed their minds.

For Singaporean PhD students who expressed interest in the possibility of working in Singapore, the reasons they provided for wanting to do so include: family, familiarity with culture and environment, government bond, increased opportunity of being hired, and suitable job openings. On the other hand, those who expressed reservations about working in Singapore, (i.e., unwilling to become a faculty member in the local universities) cited reasons such as limited opportunities, the possibility of having all positions in their field being filled, the lack of academic freedom, 9 a more vibrant intellectual community in the United States, and an inflexible system with narrow-minded grading where “Singaporean universities are stuck on an archaic system where the registrar assigns grades, not the professor.” 10 What struck us most however was that some of the most qualified PhD candidates mentioned that the thought of applying for a faculty position in Singapore never crossed their minds.

The fact that some of the most qualified PhD students did not even consider applying to Singapore is in itself a lamentable issue.

Although our survey is by no means a comprehensive and exhaustive study, several conclusions can be drawn that might help explain the low number of Singaporean faculty members in Singapore universities. First, it seems like the problem might be a supply side issue – the number of Singaporean PhD students who want to apply for an academic job in Singapore is rather small to begin with. While only half of the respondents were certain that they want to pursue an academic career after their doctoral studies, less than half (40%) intended to apply for a job in Singapore. Second, this sample seemed to be deterred from working in Singapore for both tangible (lack of job opportunities or prospects) and intangible reasons (lack of academic freedom and vibrancy). After all, the majority of those who spent many years pursuing a doctoral degree abroad would probably have gotten used to a new lifestyle, a cooler climate, and a freer academic environment. Third, the survey revealed that many Singaporean PhD students have preconceived notions that local universities have a preference for hiring foreign faculty members, ambivalence towards hiring locals, or even feel worried that local universities might bully Singaporean faculty members into staying since their families are in Singapore. As one of the respondents disclosed, “in some departments where the Head of Department is a foreigner, he or she would probably value and hire a foreigner than a local.” Despite there being no actual evidence of such discriminatory practices, one question we should be asking is why such a sentiment persists. Finally, our survey reveals that many Singaporean PhD students are pursuing their degrees in prestigious universities around the world. In today’s competitive academic job market, many Singaporean PhDs have done exceedingly well on the job market, and have received tenure-track job offers from leading research universities and liberal arts colleges. Therefore, it appears that Singaporean PhD graduates do have the choice of deciding where they want to work, live, and raise a family.

A question lies ahead: how can Singaporean universities attract outstanding local talents to come back to work in Singapore? First, universities can demystify hiring policies and make selection criteria more transparent. Oftentimes, a foreign faculty member is hired not because the university prefers foreigners, but simply because no Singaporean has the matching research interests to apply for the position in the first place. Through demystifying hiring policies and selection criteria, this would help to assure Singaporeans that they are not discriminated against and are more than welcome to apply for jobs back home. Second, Singaporean universities should play a more proactive role in recruiting and retaining local talents. The fact that some of the most qualified PhD students did not even consider applying to Singapore is in itself a lamentable issue. It is noted that NUS offers the Overseas Graduate Scholarship and the Overseas Postdoctoral Fellowship schemes to “nurture high caliber Singaporeans for an academic career in NUS.” 11 Although the two scholarships are publicly advertised on the NUS website, several respondents highlighted that such scholarship application is only by invitation. NUS Law School has recently introduced the Sheridan Fellowship to “serve as a bridge between either undergraduate study or work in the legal profession and a tenure-track academic position with a strong foundation in Singapore law.” 12 SMU too, has launched a faculty development scheme that funds overseas PhDs for Singaporean graduates interested in pursuing an academic career. 13 As far as we know though, other Singaporean universities, however, do not offer such scholarship schemes. Finally, Singaporean universities could also consider making advance job offers to Singaporean ABDs with stellar publication and teaching records, and are committed to return and contribute to Singapore’s research and education. 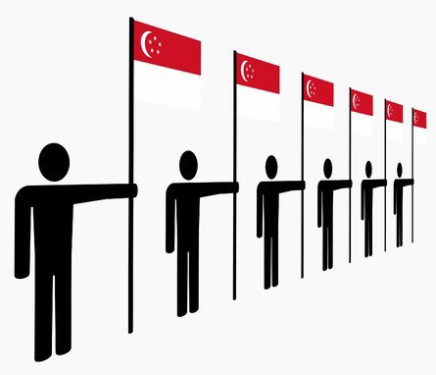 A need to nurture its own

At the end of it all, an ever-bigger question remains: Why hire locals? After all, with the current global obsession with world university rankings, promoting academic diversity and hiring renowned foreign scholars rather than recruiting young local talents is a more attractive and viable option to further advance the global image and international standing of Singapore’s universities. However, as Southeast Asianists born and raised in Singapore, we hope to end on a more romantic note. The late eminent Southeast Asian historian, Harry J. Benda, once observed that Southeast Asian intelligentsias actively engaged in promoting political development and social justice in their home country and in the region. 14 Singaporeans simply cannot expect foreign intellectuals to engage politicians, lobby for social reforms, and advocate for the preservation of cultural heritage on their behalf. Rather, Singapore needs to nurture its own Singaporean intelligentsia and play a more proactive role in attracting talent back home.

Opinions towards the lack of Singaporean academics in Singapore’s universities