In this short review, I tentatively consider recent developments surrounding EMB reform in three Southeast Asian authoritarian regimes – Malaysia, Cambodia, and Singapore. Although all three incumbent regimes control their respective EMBs, they exhibit substantial variation in the occurrence, intensity, and type of contestation. Consequently, their respective outcomes for EMB reform have differed as well.

In Malaysia, the Election Commission (EC) clearly distorted electoral boundaries in the 2013 general elections to result in one of the highest levels of malapportionment in the world. 2 This significantly and substantively aided the Barisan Nasional (BN) coalition, giving it a 20% parliamentary seat advantage against the opposition Pakatan Rakyat (PR) coalition, despite obtaining 4% less popular votes. The EC also generally turned a blind eye to allegations of electoral malpractice during the conduct of the polls, as well as the BN’s use government resources for electoral campaigning. 3

Thus, it should come as no surprise that Malaysia’s EC has come under sustained and intense pressure to reform both before and after the 2013 general elections. Thousands of people poured onto the streets of Kuala Lumpur and other cities to demand for electoral reforms in the numerous Bersih and Black 505 rallies. Furthermore, Bersih’s popular campaign efforts, while tacitly backed by the opposition PR coalition, was fronted by a broad array of civil society organizations and activists. In response, the EC has outlined some probably reforms in the future, most of which are still being treated with suspicion. 4

In Cambodia, charges of bias against the Cambodia People’s Party (CPP)-controlled National Election Commission (NEC) also coalesced around distorted electoral boundaries and the electoral process in the 2013 general elections, with the latter capturing more attention. 5 For example, fake voter registration certificates were issued, and some government officials voted multiple times in different places. 6 Surprisingly, despite such challenges, Sam Rainsy’s Cambodian National Rescue Party (CNRP) captured 55 seats and 44% of the votes, versus CPP’s 68 seats and 49% of the popular votes.

Although a variety of Cambodian civil society organizations like the Committee for Free and Fair Elections (COMFREL) and the Electoral Reform Alliance (ERA) have long advocated for reforms to the electoral process, their advocacy have never gained much traction in the general population. While their efforts were sustained, they were also moderate – never intense enough to put pressure on the incumbent CPP. Instead, Sam Rainsy has taken on NEC reform as an opportunistic piece of his overall bargain with Prime Minister Hun Sen. In exchange for the CNRP ending their boycott of parliament, the NEC will be reformed to consist of four members from either party and one neutral member. 7 How this and other reforms will play out exactly remains to be seen.

Finally, in Singapore, with the Elections Department (ED) reporting directly to the Prime Minister’s Office, the incumbent People’s Action Party (PAP) has long utilized the tool of distorting electoral rules and electoral boundaries to its advantage. In 1988, the PAP introduced the Group Representative Constituency (GRC) system, which meant multi-member districts contested under the First-Past-The-Post principle. For instance, with a simple majority of the votes in a constituency, the PAP would be able to sweep all of the four, five, or six seats in that constituency. Moreover, through repeated gerrymandering, constituencies have also been erased, absorbed, or split under the GRC system. 8 Thankfully, the electoral process itself has remained open and transparent.

In contrast to Malaysia and Cambodia, the vast majority of Singaporeans have expressed almost no resistance to the manipulations of the electoral system and electoral boundaries. To my knowledge, no civil society organizations have so much as broached the topic. While the main opposition Workers’ Party (WP) manifesto calls for abolishing the GRC system and reforming the ED, 9 they and other opposition political parties have not forced the issue in public. More recently, the National Solidarity Party (NSP) advocated for replacing the GRC system with a Constituency Reserved for Minority Scheme. 10 But with no parliamentary representatives, a lack of a mass base, and confronting the obstacle of a government-controlled mass media, their proposal barely drew a whimper. In sum, contestation in Singapore has been periodic, weak, and disparate.

Two obvious variables stand out to explain the occurrence and intensity of contestation in these three Southeast Asian electoral authoritarian regimes. First, the perceived vulnerability of the incumbent regime arguably motivates more people to want to participate and contest for EMB reform. While Bersih was formed in 2006, it ostensibly gained much more momentum and support after BN lost its two-thirds majority in parliament for the first time during the Malaysian 2008 General Elections. Similarly, when the CNRP surprised observers by gaining many seats and votes in the Cambodian 2013 General Elections, Sam Rainsy could effectively use his newfound popularity as a leverage to bargain for EMB reform. In Singapore, even though the WP made history by winning a multi-member GRC for the first time in 2011, the PAP’s dominance in parliament and hegemony in governance has not been challenged.

Second, the salience of electoral malpractice also arguably motivates contestation. Anger over injustice is more likely to be intense when electoral fraud on polling day is blatantly visible as in Malaysia and Cambodia, and likely to be absent when the electoral process is open and transparent as in Singapore. Such visible electoral fraud affects voters in a direct manner by threatening to nullify the democratic principle of one-man-one-vote. In contrast, the distortion of electoral boundaries affects voters in an indirect manner (through the difficult-to-understand conversion of their votes into seats), and is thus less salient for voters to coordinate their protests against.

Unfortunately, that still leaves open the question of the variation in the type of contestation for EMB reform. Perhaps the difference between popular, opportunistic, and disparate contestation may be explained by the variation in the incumbent regime’s capacity to control political discourse. In Singapore, the government-controlled mass media continues to set the agenda for political debate, whereas the relatively more liberal media across the causeway in Malaysia allows for the better coordination of shared grievances. The variation in the strengths of civil society activism between the three countries is also another plausible factor, with Malaysia civil society being the most capable, followed by Cambodia, and then Singapore. 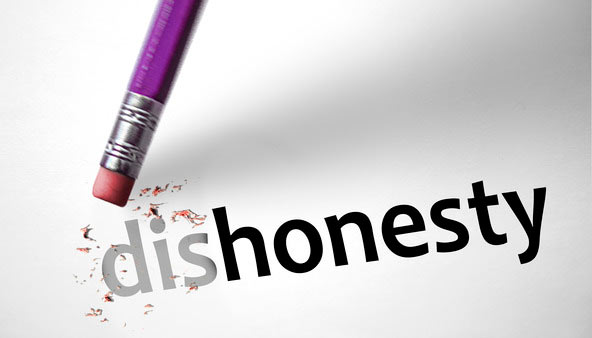 Electoral authoritarian regimes often control the terms of the electoral process to gain electoral advantages and handicap their opponents. Yet, the contestations for EMB reform often vary across electoral authoritarian regimes. The foregoing analysis suggests that sustained popular pressure itself is not sufficient to motivate reform (i.e. Malaysia). Reform is likely to be successful if sustained pressure is combined with opportunistic elite bargaining (i.e. Cambodia). Of course, absent popular pressure, reform is completely off the agenda (i.e. Singapore).

Elvin Ong
Elvin Ong is a PhD graduate student in the Department of Political Science at Emory University. He can be reached at elvin.ong@emory.edu. The author thanks Jacob Ricks for his helpful comments and suggestions on an earlier draft of this commentary.