In February 2017, a documentary film titled Absent Without Leave that featured former members of the Malayan Communist Party (MCP) as its main subject, was banned from any exhibition in Malaysia and including DVD sales and distribution. Directed by Lau Kek Huat, a Malaysia-born filmmaker who is based in Taiwan, the documentary nearly made it to the opening screening at the Malaysia International Film Festival, before the censorship board deemed it unsuitable for the event and further barred it from any engagement with the Malaysian public. In protest, the film production company eventually held a special online screening for a week on YouTube as a counter-censorship move.

Absent Without Leave suffered the same fate as of its predecessors, The Last Communist (2006, directed by Amir Muhammad) and New Village (2013, directed by Wong Kew-Lit) in which both films also touched upon the Communist subject in the Malaysian history. The ban also shows that the censorship board, as one of the Malaysian law enforcement agencies, continues to hold a tight grip on the portrayal of the Malayan Communists, as an effort to maintain the power status-quo of the ruling regime.

The documentary started as a personal quest of Lau Kek Huat in unraveling the story of his grandfather, whom his family rarely and unwillingly talked about. As a member of the MCP, Lau’s grandfather got himself killed in the British anti-Communist campaign. The setting of Ching Ming Festival, the traditional ancestor worship in Chinese culture, strongly implied the film’s intention to retrieve the “ghost” of the Communist past that still haunting the political development of the nation. From the personal story of his grandfather, Lau extended the search of the former MCP members to southern Thailand, Hong Kong and Guangzhou in order to uncover their individual histories.

Through the film narrative, Absent Without Leave has clearly shown the changing identities of these Chinese in early Malaya. Although the early anti-Japanese sentiment was largely built on the invasion of Japan to their native homeland of China, their focus gradually turned to the Malaya when the Chinese communities were involved in the Malayan People’s Anti-Japanese Army (MPAJA) and the fights against the British colonizer. Nevertheless, due to their MCP membership, they either were forced into exile or were deported back to China by the British.

The usage of songs in the film signifying the above question of identities. There was a scene where a female interviewee living in Guangzhou demonstrated she was able to sing a Malay song and a Mandarin song. However, the Mandarin song she chose to sing was a Chinese nationalistic song with the lyric of “my home is at Songhua River” (a primary river in North-eastern China). Yet they expressed strong nostalgic sentiment towards their lives in Malaya especially the food, such as curry and durian. They dreamt of going back and spending time with their relatives and family members in Malaysia. 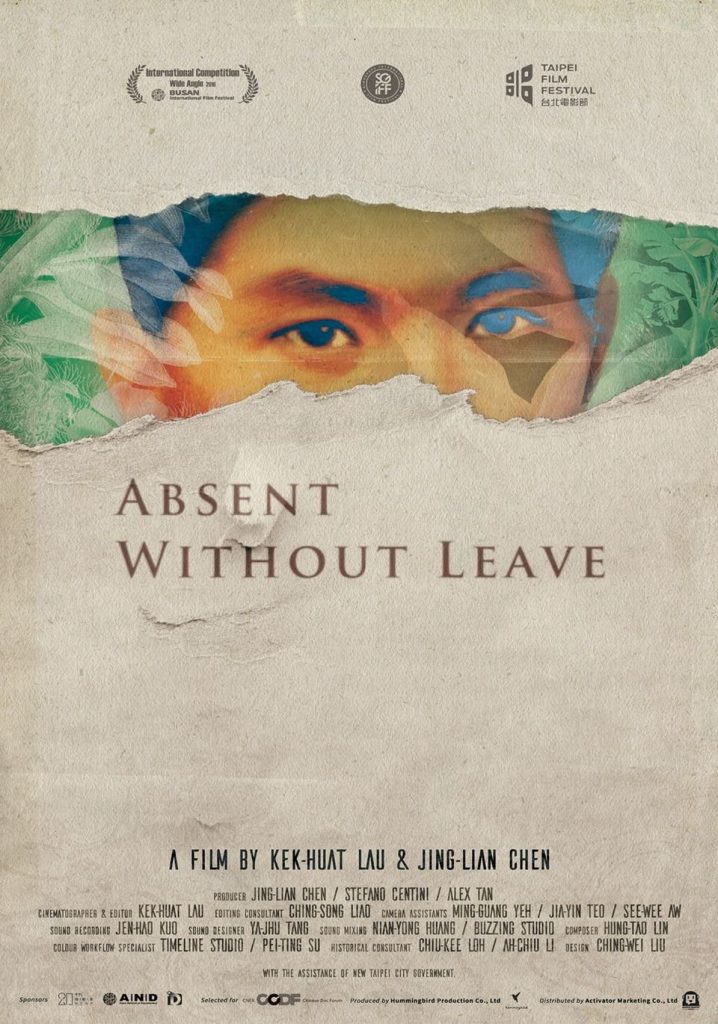 Interestingly enough, the film also featured the tune of Negaraku, the national anthem of Malaysia, which originated from a Malay-language love song titled Terang Bulan (Bright Moon). The placement of the tune in the film deconstructed the nationalist sentiment of the national anthem, with the implication that the former MCP members’ love of Malaya was about the locality and the life they lived, which is not necessary blending with strong nationalistic sentiment towards a single nation. It is their “love song” dedicated to Malaya while they may have other love song that dedicated to China. The use of songs in the film has presented the multiple identities of these people, which could not be defined primarily by a single location.

While the Kongming lantern (sky lantern) featured in the early part of the film symbolically represented the spirit or ghost of the ancestors, which aligned with the theme of Ching Ming Festival in the film, it also implied the “floating-ness” of the identities of these peoples. After the embarkation back to China, they could hardly set foot on any other ground again. As Lau’s father said at the end of the film, “I am not sure where I am anymore”, these ungrounded identities are the historical by-products in which the Communist subject has been treated as a political taboo.

Since the British colonization, the Communist history and its struggle in Malaya is very much racialized and get stuck in the mud of ethnic politics that haunted this land. Although the ideology of Communism is conceived along the lines of class struggle, the aspiration for class unity failed due to MCP incapable of attracting non-Chinese sympathy for its ambition. During the Japanese occupation, the majority of MCP members were Chinese and they had fought for the freedom of Malaya. Nonetheless, after the independence of Malaya, the Malay-Chinese ethnic relationship did not improve. During the period of Malayan Emergency, Communist Insurrection has the “Chinese Insurrection” outlook although MCP consisted of a small number of Malay and Indian party members.

From then on, Barisan Nasional (National Front), the Malay-dominated ruling coalition that has ruled Malaysia since the independence, conveniently conjures the ghost of Communism past to cloak over social inequality and ethnic segregation, whenever needed. Since the Malays are deemed to be the indigenous people of the Malayan lands, the history of Communist insurrection has been manipulated into a political discourse that treats the Chinese as the “invasive outsider”, with the potential threats of taking over the political power and economic resources owned by the Malays. The then Prime Minister Mahathir Mohamad once even labelled the political appeal of the local Chinese organizations resembled the act of the “communists in the past”.

In other words, the Communist has always been framed as an “external force” despite the MCP members insisted that they fought for the freedom and independence of Malaya. The ruling coalition of Barisan Nasional has fixed the discourse of Communist struggle within this static frame, which means a documentary like Absent Without Leave that frames the Communist struggle with a humane portrayal is to be rejected and prohibited.

Nevertheless, in the author personal conversation with the director Lau Kek Huat, he expressed his displeasure of his film being viewed solely as “the voice of Chinese” that lamented on the unfair ethnic preferential treatment in Malaysia. He even insisted that the Chinese ought to step out from their “victim mentality” and to empathize why the Malay communities felt threatened by the presence of Chinese. He said that his original intention was to promote the inter-ethnic understanding and dialogue in the nation, particularly between the Malay and the Chinese, which is why he had hoped for the screenings in the Malaysian mainstream cinemas.

Lau emphasised that his film was not only for Chinese audiences, and anticipated the response from the Malay audiences. He believed that the Malay should be allowed to voice out their unpleasantness and disagreement in viewing the Communist activities and ambition. “If a Malay hates the Communist because his or her family member who worked as a police was killed by the Communist, please allow me to film it and tell the story”, he said. To him, the ban imposed by the censorship board is unwise and only prolongs the misunderstanding and stereotypical perception between the Malays and the Chinese. Due to the ban, Absent Without Leave has never been heavily watched and debated in the Malay communities. It is very unfortunate that relevant discussions about the film still seem like a “Chinese affair” in Malaysia.

In a nutshell, young Malaysian independent filmmaker like Lau Kek Huat has tried to contribute to the dialogue of ethnic reconciliation between the Malay majority and the Chinese minority by making a documentary film on the political taboo of the Communist Insurrection. Yet, the ruling coalition has refused to open up the bridge of conversation due to the ethnic segregation that has kept them in power since the independence. In other words, ethnic reconciliation is bad for the ruling coalition to maintain their political hegemony. As a result, the Communist struggle continues to serve as a kind of “symbolic threat” brought in by the Chinese minority, that been used as the political excuse to curb the non-Malays’ political involvement and power.

Kuan Chee Wah was born in Penang, Malaysia. He received his M.A. from National Chengchi University, Taiwan. He previously taught in the Department of Journalism, Faculty Arts and Social Science, Universiti Tunku Abdul Rahman, Malaysia. His research interests including Chinese identities and Sinophone cinema, and has published several essays on the Chinese Malaysian identities and Sinophone cinema studies. He is currently a PhD student in the Academic of Film, Department of Communication, Hong Kong Baptist University and working on his research thesis regarding Chinese identities in Malaysian Sinophone films.

Find more more about Absent Without Leave on the film website: https://laukekhuat.com/about-the-film/