This is an abridged version of “The Indonesian Crisis from ‘Krismon’ to ‘Kristal’: Perceptions of Social and Cultural Impacts in Jakarta and Semarang,” published in The Indonesian Quarterly, October 2002. The survey from which this report draws was sponsored by the Korean National Commission for UNESCO and the Korea Research Foundation and organized by the Korean Association of Southeast Asian Studies and the Institute for East Asian Studies, Sogang University.

The survey reflects public opinion at the “halfway mark” between the onset of the crisis and the present – after the fall of Suharto and before the international situation changed in September 2001. The results may be usefully compared with recent surveys.

Throughout the 1980s and much of the 1990s, Indonesia enjoyed high rates of economic growth, a reduction in poverty, and improvements in the health and education of the population. Expectations that this rapid growth would continue vanished in mid-1997 when the currency crisis began to sweep Southeast Asia. The immensity and unanticipated nature of the crisis were particularly remarkable when contrasted with the country’s recent economic success. In July 1997, the Indonesian rupiah fell dramatically, enormous private sector debts emerged, and the banking sector was paralyzed. With each plunge of the rupiah, the price of chicken rose due to the higher cost of imported feed. Instant noodles made with imported flour and tempe – favorite foods of many Indonesians – cost more for the same reason. In addition to the currency crisis, the nation experienced its worst drought in fifty years, causing famine. Public insecurity mounted, sparking the political fires later to engulf Suharto.

The Indonesian monetary crisis or “krismon,” which became a political and social crisis or “kristal” as well, saw the economic growth rate drop from an annual average of 8 percent (1970 to 1996) to –14 percent in 1998. By the middle of that year, Jakarta ran a budget deficit of 8.5 percent, largely to fund social sector safety nets in the form of subsidies. The budget’s priorities made clear that the government’s concern for ensuring social stability often overrode desires to conform to an IMF blueprint. To restrain potential social unrest, the nation’s petroleum subsidy was increased. Total subsidies to Indonesia’s regions increased 7 percent to 12 trillion rupiah, while total development expenditures increased 6 percent to 41 trillion rupiah.

Several studies have examined the social impact of the crisis. World Bank officials concluded that the middle classes in urban areas took the most severe blow and that young, relatively well-educated workers suffered far greater income declines than the least educated and poorest workers in rural areas. The report acknowledged that many people who had lost relatively well-paid jobs in the formal sector had been pushed into less stable and less profitable work in the informal sector. A Rand study found that the percentage of people in poverty rose from around 11 percent in 1997 to between 14 and 20 percent in 1998. The Nationwide Kecamatan Survey – the most comprehensive in terms of geography – contributed three main findings. First, urban areas were harder hit than rural areas. Second, the impact of the crisis was heterogeneous, with some regions experiencing great difficulties and others doing relatively well. Third, there was little connection between initial poverty levels and the extent to which an area was affected.

The present survey was designed to capture people’s perceptions of the crisis’ impact on societies and cultures in Southeast Asia. Respondents were asked about the economic condition of their personal life and their nation in general; their government’s policy in handling the economic crisis; the recovery process; and the effect of the crisis on their own employment, households, education, and relationships among family, friends, and neighbors. In addition, the survey tried to capture social and cultural attitudes and measure confidence levels in various institutions.

The Indonesian part of the survey was not designed to be nationally representative, but focused on Jakarta and Semarang. In Jakarta, fifty respondents were chosen in each of two middle-class areas (Tebet in South Jakarta and Palmerah in West Jakarta), two working-class areas (Koja in North Jakarta and Cakung in East Jakarta), and one poor district (Kampung Melayu/Bukit Duri on the border of Central and East Jakarta). In Semarang, we randomly chose fifty middle-class respondents (in Gajah Mungkur and Wonotingal), fifty working-class respondents (in Mangunharjo and Tinjomoyo), fifty respondents in poor areas (Bandarharjo and Sadeng), and 100 respondents from two rural areas (Mranggen and Pringapus).

Respondents’ most important concern for the country was crime, followed by political leadership, and religion and morality. Male and lower-class respondents tended to be more concerned about lack of political leadership, mirroring the reality of Indonesian daily life in the three years since the crisis began. With many of the poorest in society seeing no way to survive but through petty crime (and worse) and the breakdown of judicial processes resulting in increasing instances of mob justice, the rule of law was absent in many areas. After the fall of Suharto, neither the Habibie nor Wahid administration was able to lead the country out of crisis or solve religious and ethnic clashes in Maluku, Kalimantan, and Sulawesi. To the public eye, the most visible activity undertaken by these governments and various political figures was increased grappling for personal advantage and political power. 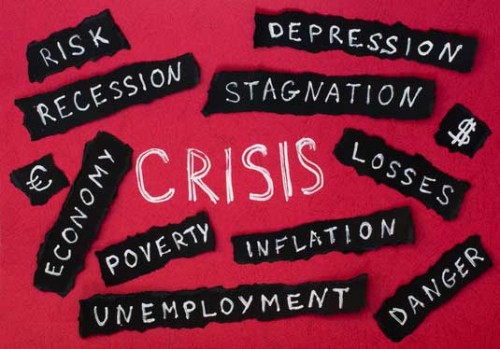 More than half the respondents, rich and poor alike, believed the country’s current economic condition to be bad. Less than half believed their personal economic situation would improve in the near future; these tended to be the well-off. Despite the fact that government made an effort to ease the economic crisis through social safety nets – food, employment, education, health, and small business programs – the majority of respondents felt no economic recovery. In fact, they said that government policy in handling the economic crisis was inappropriate. Middle and lower-class respondents were equally agreed, as were men and women. Ultimately, the failure of the social safety net program occurred not only through bad planning, but also by being turned into a “project” (the ironic quotation marks incorporated when reported by the press). This is a culturally understood reference to something – especially a government program – from which people gain personal benefit through corruption or collusion. It comes as little surprise that the majority of respondents asserted that they had received no economic help since 1997. Of those who did claim to have received help, nearly half said it came from relatives or friends – not from the government. This suggests that the historic gotong royong principle (mutual help among extended families and communities) still applies in Indonesia.

In a time of increasing nationalist sentiment, however, it was surprising that almost half the respondents felt international financial organizations such as the International Monetary Fund and the World Bank to be helpful to Indonesia. The IMF’s macroeconomic prescription for Asia – higher interest rates, less government spending, higher taxes – was even then coming under attack. It has since become a consensus that the IMF mishandled the Indonesian situation and took the country from a bad economic crisis to a worse political crisis.

It is also interesting that more than half the respondents disagreed with the remark that western developed countries in general are not helpful to developing countries such as Indonesia. Thus, the emergence of nationalist sentiment at the time may not have widely reflected the views of a majority of Indonesians, but smaller groups within the government.

Yet the perception of social solidarity remained strong, reflecting the emotional sustenance people drew upon to cope with the crisis. The majority of respondents felt their relationships among family, friends, and neighbors stayed the same. Middle and lower-class respondents were equally agreed on this. About a quarter of respondents said their relationships had improved, with middle-class male respondents most likely to have felt this enhancement. Most also believed that the different religions, races, and ethnicities within the country would not disunite people. Apparently, the widespread difficulties brought on by economic crisis did not damage society in terms of social relationships. The survey found that participation in social gatherings and cultural ceremonies occurred about as often as before. People believed that they shared the same feelings about the crisis and encountered the same difficulties.

Most respondents also agreed with the following statements: religion is the most important thing in life; a person should be free to choose his or her religion; business is basically run for profit; and politicians in general do not care about ordinary people. Poor respondents felt most strongly that religion was most important, lower-class female respondents that politicians do not care about ordinary people. Clearly, social bonds were stronger than confidence in government. The hope shared by a majority that the fall of the New Order government would change the political climate in Indonesia had faded in the face of protracted fighting among the political elite to preserve their own interests, while ignoring the problems affecting ordinary citizens.

Finally, respondents were asked to rate their level of trust or confidence in various institutions. Most had high confidence in schools, hospitals, religious organizations, banks, labor unions, the civil service, and the military. The well-off put more trust in banks, while male respondents generally believed in the strength of labor unions. The working class, together with the poor, had high confidence in the civil service. In the face of the banking system’s collapse, inefficient and corrupt bureaucracies, and a military notorious for treading on civil liberties – and after attributing much of the blame for the crisis to the government – people still had hope for these institutions. This may have reflected a longing for tranquility in turbulent times, for the relative stability and prosperity of the New Order.

In contrast, most people had low trust or confidence in mass media, big companies, political parties, the judiciary, and political leaders. Lower-class respondents had less trust in the mass media, while the middle class tended to have low confidence in big companies. Many big conglomerates – most associated with the Suharto family – had collapsed soon after the crisis hit, causing huge unemployment and massive debt.

The monetary crisis seriously impacted the economic, social, cultural, and political life of Indonesia, rupturing thirty-two years of economic development. Previously ranked by the World Bank with Thailand, Malaysia, and other NIEs (newly industrializing economies), Indonesia again became a poor country. The impact of the crisis on social-cultural aspects of national development still persist and will require years to address.

But this survey found that respondents’ perceptions were not uniformly negative. There was a satisfaction discrepancy between the way things were going in their personal lives and in the country. People shared concerns about many issues, such as inflation, job security, income, crime, ethnic conflict, and political leadership. Most respondents held the government most responsible for the total crisis, and the long-delayed recovery process affected confidence levels in social, economic, and political institutions. Yet despite it all, people managed to hold out hope for a better future. Strikingly, the survey also showed that Indonesians had confidence in international institutions and the developed world.

Yasmin Sungkar
Yasmin Sungkar is a researcher at the Center for Political Studies, Indonesian Institute of Sciences.