Title: Propaganda and the Genocide in Indonesia: Imagined Evil, by Saskia Wieringa and Nursyahbani Katjasungkana.
Routledge, 2019.

In 1965-66 Indonesia, approximately one million people were murdered and over a million others were imprisoned and tortured. The army was not alone in committing this act; paramilitary, mass-organizations and even civilians were involved in the spree of brutality across the nation. But this was not enough: after these communists and/or alleged communists were released, they continued being stigmatized and their members of the family were also implicated.

What made people take part in such cruel actions, either directly or indirectly? Were they actually evils? This book demonstrates how people were involved in the harsh and even sadistic acts not because they are evil, but because they can or are made to imagine evils. In other words, they can act brutally because they believe that their victims are immoral so that they deserve to be treated as such.

The belief that the Communist and their allies are evils have been one of the main motivations that had been driving the mass murder, persecution and continued stigma against these leftwing people. How was this “belief” instigated, spread and sustained? It started with the event on 1 October 1965, which is known as Gestapu (Gerakan 30 September or the 30th September movement), namely such by the New Order arguably to remind people of the German Gestapo. Wieringa and Katjasungkana show that the massive and planned propaganda had created an image of the communists and left-wing people as those who will not only destroy the country but also morality, if they are not destroyed. One of these is by portraying the members of Gerwani (the left-wing women’s organization affiliated to the PKI) as hypersexual, promiscuous and immoral. 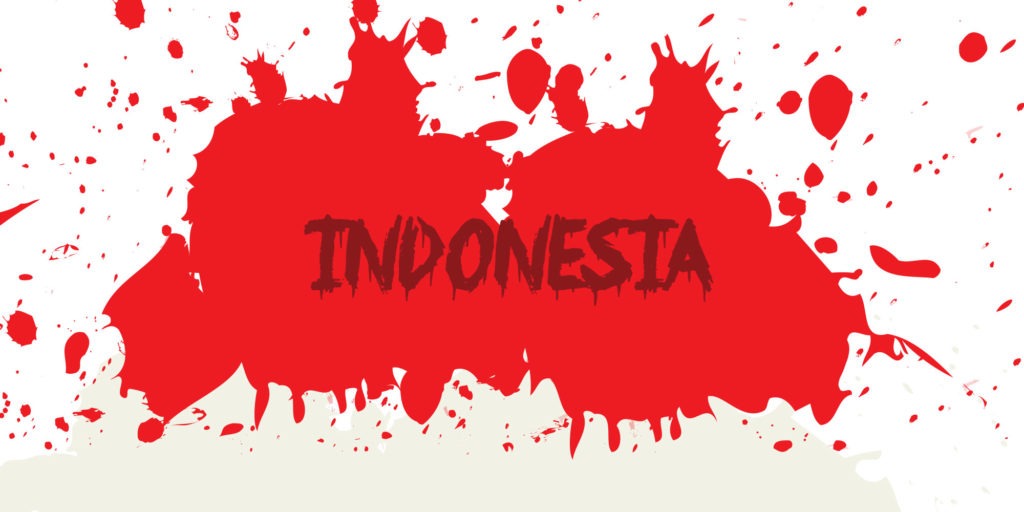 To be efficient, such narratives need to be spread, accepted and sustain. Wieringa and Katjasungkana argue that this propaganda campaign cannot be separated from the complicity of millions of people whose interests would be threatened if they challenged the manipulation of the New Order government.  Although the direct perpetrators of this genocide were the military and paramilitary but the involvement of religious leaders, academics and the middle class. The Jesuit Priest, Father Beek, was one of the most important figures in mobilizing students and training young people to join in this violence. Many students who were angry at witnessing the mass poverty around them (although this poverty was partly because of the corruption of the army), worked together with the army and “masked the involvement of the Resimen Para Komando Angkatan Darat (RPKAD – Army Para Military Regiment) which could not be seen to act too openly against Sukarno” (123). 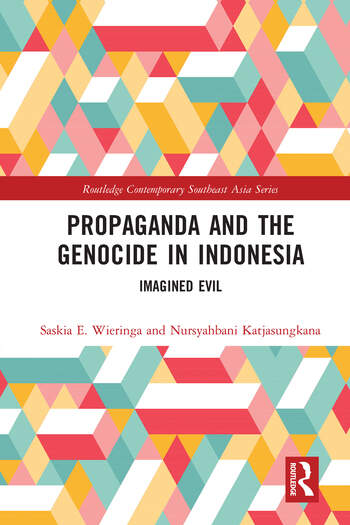 To make it look like it was objective and scientific, the narrative of the evilness of the Communist was sustained via academia and intellectual world. It is no surprise that the intellectual genocide accompanied the mass murder. Of the ten universities investigated, the Universitas Gadjah Mada in Yogyakarta had the highest number of lecturers and students purged or disappeared. Afterwards, psychological testings to measure the degrees of communistness of the political prisoners were conducted by experts and academics from well-known universities in Indonesia. The Indonesian psychologists were led by Fuad Hassan, the first Dean of the newly established Faculty of Psychology at the UI, and later was made the minister of Education by President Soeharto from 1985 to 1993. Not only the Indonesian, the Dutch psychologists at the University of Nijmegen and the Free University of Amsterdam also took part in the development of these psychotests.

This book reveals how important it is to work on people’s mind, in order to support one of the biggest genocides in the world. As such, the murderous deeds could be conducted with the pretext of morality and even conscience. So ingrained was this propaganda that years after Soeharto stepped down and died, the stigma against the communists, left wing people and their family members persist.

The book does not only present the gloomy history of the propaganda against the communists and left-wing people, but also the efforts of activists and academics in truth finding. The International People’s Tribunal about the 1965 genocide in which the authors of the book were the main coordinators, was held in the Hague in November 2015. The judges examined evidence and supporting materials by academics, survivors and researchers as well as human rights activists in relation to the 1965 genocide in Indonesia.

At the local level many efforts in fighting the New Order propaganda have been undertaken. One of the most extensive researches was done in Kupang, by Pastor Mery Kolimon. Kolimon’s father was a police officer who took part in the executions of communists. After she discovered her father’s secret, Mery Kolimon decided to tell the story and fight the slander against the communists and alleged communists.

This is an important book that demands to be read, as it reveals not only the minds of the perpetrators and mass murderers in the 1965 genocide but also the reparation efforts of many civilians that may easily escape public attention.

Soe Tjen Marching is a lecturer in the department of Languages, Culture and Linguistics at SOAS University of London.