The rising trend of religious conservatism and intolerance across Southeast Asia has attracted extensive media and scholarly attention since the late 2000s. In the capital of Indonesia, Jakarta, massive street demonstrations involving as many as 200,000 people demanding prosecution of the prominent Chinese-Christian politician, Basuki Tjahaja Purnama (popularly known “Ahok”), in the run-up to the gubernatorial election, took a vicious turn, resulting not only in his electoral defeat, but also two-year imprisonment for blasphemy. The successful Muslim mobilization against the popular politician – locally called “Aksi Bela Islam (Action to Defend Islam)” – and its fallout based on his religious and ethnic identity were widely seen as part of a broad trend that scholars and commentators characterize as “conservative turn” and “religious intolerance” that has arisen across the archipelago in the past decade.

I argue that religious intolerance against minority communities is the result of informal coalition forged between conservative religious elites and religious radicals in the context of political democratization and politicized religious identity.  In contrast to conventional propositions that tend to regard religion as a political instrument for secular elites to pursue state power, my comparative observation demonstrates that what social movement theorists call “certification” of religious authorities and elites, is essential for small fringe radical groups to successfully mobilize Muslim populations, whereas inducing secular politicians and state apparatus, to allow collective intolerance (Tilly and Tarrow 2007). Seen from the perspective of traditional religious elites, the “godly” Muslim coalition forged in the name of Islam against what those elites consider “enemies of Islam and umma (Muslim community)” should be understood as their attempt to cultivate and consolidate religious authority and political power, in the face of rising prominence – and threat – of liberal and secular forces.

The trend of religious intolerance, especially Muslim majority assaults against religious minorities, has increased dramatically since the mid-2000s. In Indonesia, radical assaults against religious minorities, including smaller Muslim sects, increased as democratic rule was being consolidated. According to Freedom House, Indonesia’s freedom rating has plunged to 3 (out of 7 being least free) by 2016 as a result of declining civil liberty and freedom, despite their “largely free” status and better score in the earlier years following the regime transition. 1 Moreover, many acts of intolerance and violence were perpetrated by groups assumed to be “moderate”.  For instance, acts of violence against Ahmadiyah and Shia communities were noticeably high in communities aligned to Nahdlahtul Ulama (NU), the traditionalist Muslim organization long assumed to epitomize tolerance and acceptance. 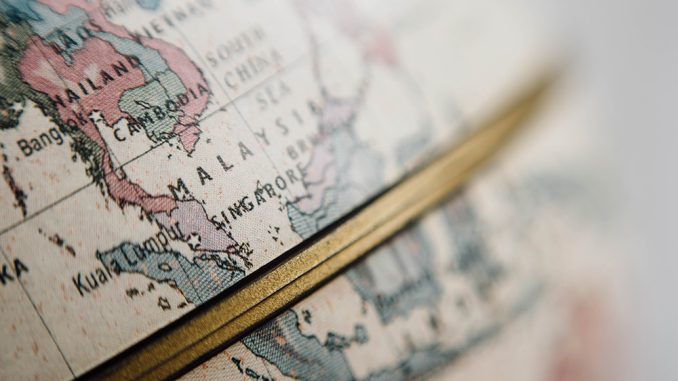 In Malaysia, religious intolerance, likewise, has grown conspicuously since 2008 when the country’s party-dominant authoritarian regime has faced unprecedentedly robust opposition. In contrast to Indonesia where religious intolerance tends to manifest in acts of violence, as seen in a number of attacks on Ahmadiyah and Shia communities, Malaysia’s intolerance tends to find expression in the courts, streets and media, although small-scale violence has periodically taken place.

Paradoxically, incidents of religious intolerance have increased in Indonesia and Malaysia when ruling secular elites pledged commitment to “moderate Islam” in order to fight religious radicalism, and protect their national image and peaceful inter-religious relations (Hoesterey 2017). However, pledges made by secular ruling elites and mainstream Muslim organizations go unheeded in practice, leading to more assertive and disproportionately prominent radical and conservative Islamism in civil society and policy-making.

Both in Indonesia and Malaysia, traditional religious elites have gain greater access to state power and authority within the largely secular state structures throughout 2000s.  The conservative elites took advantage of those opportunities and patronage granted by secular elites to advance and implement their visions of Islamic rule and society (Bush 2015, Ichwan 2005, 2013, Hamayotsu 2006, Salim 2007). Some conservative elites penetrated and dominated the state and semi-state religious bureaucracies and institutions, while working with radical groups with whom they shared similar conservative agendas and goals. Their rise in the state structures and policy-making undermined the institutions and efforts made by national leaders and mainstream Islamic organizations to promote moderate and progressive Islam.

In Indonesia, religious intolerance against religious minorities has increased dramatically since the mid-2000s. Among those minority groups targeted for violence, Ahmadiyah communities were the most prominent victim, with roughly 65% of incidents targeted at their members, properties and symbols, predominantly in West Java. Violence against the Shi’a community, another popular target, was restricted in a small community, Sampang, in Madura, East Java, though it resulted in the most devastating physical damages and the displacement of 165 members of the community.

At the national level, the role of conservative religious elites, especially those ulama who dominate the Indonesian Ulama Council (MUI) and the Ministry of Religious Affairs, was crucial in increasing hostility between mainstream Muslim and minority communities. MUI officials took advantage of the powers and authorities newly granted by President Susilo Banbang Yudhoyono (2004-2014) to make official claims and rulings (fatwa). Their positions signaled to the majority Muslim community across the archipelago that their religious supremacy and solidarity are under threat because of the expansion and penetration of un-Islamic and anti-Islamic elements in Indonesian society. Framing these insecurities is the perception that the presidencies of the ultra-liberal cleric Abdurrahman Wahid (1999-2001) and Megawati Sukarnoputri (2001-2004), chairwoman of PDI-P, a ruling party widely seen as non-Muslim friendly, had eroded the Muslim agenda in Indonesia. Current president Joko Widodo is also perceived to be more closely aligned to Christian and Chinese elites than mainstream Muslim elites.

Certainly radical groups, most famously FPI, were among the most vocal and antagonistic against religious minorities, and were ready to instigate violence against them in the name of Islam. However, the influence of radicals at the local level largely depends on their relations with the traditional religious elites, who tend to dominate the powerful MUI to shape religious policies and other religious institutions created by the Ministry of Religious Affairs to facilitate “inter-religious harmony” since 2005, most importantly the Religious Harmony Forum (Forum Kerukunan Umat Beragama, FKUB). In the districts where religious intolerance was more severe and persistent, such as Bogor, Kuningan, and Tasikmalaya, MUI and FKUB have built close working relations with FPI and other local radicals by either giving an office space or lower-ranking positions to the latter within the formal structures of religious bureaucracies. The coalition supported not only anti-Ahmadiyah violence in their districts, but also the anti-Ahok movement that expanded beyond Jakarta. In contrast, in other districts such as Cirebon, the traditional religious elites dominated the highest-ranking offices in MUI and FKUB to assert their commitment to “moderate Islam” and Pancasila, Indonesia’s multi-religious national ideology, while actively protecting religious minorities in their districts. Those religious elites officially denounced the anti-Ahok movement in religious terms in order to stop radicals and Muslims in their district from participating in the Jakarta rallies.

In Malaysia, radical nationalist and Islamist groups such as Perkasa and ISMA grew assertive and aggressive since 2008 in mobilization of the Muslim-Malay community against religious minorities. They claim that “primacy of Islam and the Muslim community are under threat” and that they are ready to “shed blood” to defend dignity of the Muslim-Malay community.  Non-Muslim places of worship, properties and symbols are usually the prime targets of court cases, and occasional mob and media attacks when violence escalates. More recently, three Christian priests went missing. It is speculated that they were kidnapped because of their alleged proselytization activities among the Muslim-Malay community. 2 One of the most illustrative cases of religious intolerance is the court cases and rulings regarding the usage of the Arabic word “Allah” by non-Muslim communities, resulting in openly hostile and inflammatory reactions and protests among the Muslim community and elites in particular.

Radical Malay and Islamist organizations, such as Perkasa, are usually accused for being chiefly responsible for violence and provocation against religious and ethnic minorities. It is also often speculated that those radical groups are a proxy for UMNO elites, serving the latter’s political interests to cultivate and retain electoral support in their traditional Muslim-Malay constituencies. From the perspective of UMNO elites, the political utility of radical ethno-nationalists and Islamists continued to grow because of eroding support for the ruling National Front coalition (Barisan Nasional, BN) primarily due to their declining popularity in urban non-Muslim constituencies. As elected national leaders UMNO politicians, especially the prime minister, cannot be overtly offensive to non-Muslim communities in order to maintain their legitimacy and domination in the multi-ethnic coalition and government. On the other hand, radical groups have no such electoral constraint.

It is against this backdrop that the unprecedentedly assertive and provocative actions taken by traditional religious and Malay elites – and their tacit endorsement of radical Malay and Islamist claims and mobilization – have played a vital role in imbuing antagonistic attitudes within the Muslim-Malay communities against non-Muslims, especially Christian, as well as liberals. For the traditional Malay and Islamic elite, such as sultans, Mufti (religious jurist), and other state and federal religious officials, the unprecedentedly strong pro-democracy movement locally known as Bersih since 2007, alongside the strong electoral performances of the opposition in 2008 and 2013, threatened the institutional and ideological foundation of their power and authority embedded in the Malay-Muslim-dominant regime and state. As the anti-regime coalition between civil and political societies grew stronger and more aggressive about their demands for “pluralism” and “equal rights” for all Malaysian citizens regardless of religious or ethnic identities, the traditional Malay and religious elites became increasingly defensive of their special rights and privileges – and constitutional primacy of the majoritarian faith and identity. Moreover, the widespread perception among Malay and Islamic elites that the main Malay-Muslim-based parties, UMNO and PAS (Pan-Malaysian Islamic Party), were becoming too accommodative of the non-Malay interests for their electoral survival, further contributed to popular appeals of radical nationalist and Islamist groups and their claims that  “Islam and Malay rights are under threat”. It is worth emphasizing that prominent Malay-Muslim elites, such as former prime minister Mahathir and former chief justices, joined fringe radical groups such as Perkasa as patrons in order to give those groups credentials and legitimacy that they would not otherwise enjoy in the Muslim community. Importantly, antagonistic statements, speeches, sermons and rulings by traditional religious elites helped to legitimize the hostile claims and actions taken by radicals in the street, media and court, thereby contributing to alarmingly tense inter-religious relations and declining religious tolerance.

Both in Indonesia and Malaysia, the coalition between conservative mainstream Muslim elites and radicals is crucial for successful Muslim mobilization against groups and individuals clerical elites commonly consider “adversaries of Islam,” be they “heretic” or “Christian”. MUI issued a “Religious Opinion and Stance” to sanction Ahok’s statement blasphemous, resulting in his legal defeat and imprisonment.  It was MUI that coordinated with FPI, the police and many other Muslim organizations to organize the anti-Ahok Jakarta rallies. Without the official authorization by MUI officials in the name of Islam, mobilization of such a massive number of Muslim men, women and children eager to express their shared cause – and Ahok’s rapid fall – was not likely possible. Likewise, Malaysia’s traditional religious elites and authorities adopted unusually antagonistic positions against religious minorities, especially Christian, to certify the aggressive actions taken by fringe radical groups, once and again, in the name of defending Islam. In both cases the moderate-radical coalition was primarily driven by a deep-seated sense of insecurity among the religious elites that the foundation of their authority and power are at risk in the face of rising prominence – and threat – of secular and liberal powers.

Salim, Arskal. 2007. “Muslim Politics in Indonesia’s Democratisation: The Religious Majority and the Rights of Minorities in the Post-New Order Era.” In Indonesia Democracy and the Promise of Good Governance, edited by Ross H. McLeod and Andrew MacIntyre, 115-37. Singapore Institute for Southeast Asian Studies