Since the late 1980s, Korean firms have begun to aggressively invest abroad following the process of democratization and the rise of labour activities in Korea. In the past, Korean investments abroad tended to be limited only to the industrial sector, natural resource development, construction and trade. But recently Korean investment has favoured labour-intensive industries, which, when viewed in terms of size, constitute no more than small sized companies with their headquarters located in countries that implement low wage policies and are suppressive in labour affairs. Around 1990, small and medium Korean shoe and garment companies began to move to Southeast Asia and Latin America. However, since the standard of wages began to rise in those places, the companies began to switch to countries that allow lower wages, like China and Vietnam, which have opened their doors to foreign investments.

Korean overseas investment poses several problems caused by the industrial sectors and measures they developed. There are also problems caused by local conditions in those countries where investments are made. The investment in labourintensive and small to medium size industries leads to the condition where local labourers are forced to work in a poor working environment for minimal wages. Furthermore, the investments where headquarters are located in an authoritarian and socialist country has disrupted the formation of peaceful and flexible labour relations.

This paper intends to show the conditions of labour relations in the Korean companies which invest overseas, including the current changes. This paper has been prepared based on field research in Indonesia. Indonesia was chosen as this country has been placed as a priority destination for Korean investment in labour-intensive industries. Indonesia was also the most popular investment destination country of small and medium sized Korean firms before China took over this position in 1994.

Although labour conflicts experienced by Korean companies in Indonesia form an important issue to be studied, academic research and in depth media coverage has so far not been carried out.

This research is based on research interviews conducted by investigators Kim Eun Young and Jeon Je Sung of the Civil Society Association for Democratic Participation, together with Cha Mi Kyong from AMRC (Asia Monitor Resource Center). The study was conducted from July 9, 1995 until July 30, 1995 in Jakarta and Surabaya, where many Korean companies are based. Among the respondents were Indonesian workers, the Korean owners and managers of the companies, labour movement activists, and Koreans who settled in Indonesia.3 In order to obtain objective facts, the authors tried hard to identify dishonesty and avoid unilateral statements of the results of the interviews. For the interview preparation, a number of companies were first selected as the research subject by referring to print media reports and information from workers. After that, interviews were conducted among workers who are working and had worked at these selected companies. Interviews with workers were verified through comparing them with the interviews with Korean owners and managers to ensure the facts.

In the research process, it is known that the assessment of the facts occurring are very different among the labour workers and the Korean managements. The existence of these differences have provided an opportunity for the writer to think about various things. This paper basically is a result of the process of reflection and the writer`s analysis of the differences between the narratives of Indonesian labour workers and the narratives of the Korean managements. In the process of conducting field research, the authors found some very surprising facts, such as Korean-style Management being widely applied to local companies and the discourse of the criticism on how Korea manages the companies being widespread among workers and general public. Actually most Korean managers working in Indonesia – both at the investment firms and corporations in Indonesia, Taiwan, Hongkong and so on – are former engineers or labourers in Korea. In the their task as manager, they use a subversive and authoritarian management way that has been frequently found in Korean labour intensive companies. This way is considered as the Korean way by the Indonesian workers. The author of this paper intends to describe the problems that have arisen both from the Korean capital investments and from the Korean workers in Indonesia as the managers and the supervisers of these companies. In addition, this paper will illustrate the image of Korean-style management in the eyes of people of Indonesia, which forces the workers to work hard in slavery-like conditions and under subversive labour management. Finally, this paper will show the attitude of the Indonesian workers who developed the discourse of criticism as a weapon of the weak to challenge the Koreans and the Korean-style management. 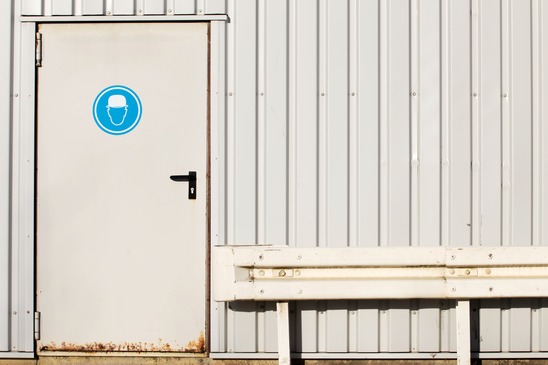 2. Chronological Review on the Introduction of Korean Companies in Indonesia

The history of Korean foreign investment started in Indonesia. The record of the first Korean overseas investment is listed as the NamGang company at the time. This company is engaged in the timber industry. The investment was conducted in 1968 in

Indonesia. NamGang recieved a large fund from the former president, Park Chung Hee, to develop a crude oil field in Madura. After the summer of 1987, Korean companies that were losing their competitiveness in wage-efficient labour-intensive industries caused by the Korean workers` struggle, flocked to Indonesia. Below, the forms of Korean investments will be discussed chronologically as well as the influence of these forms on labour relations.

Korean investments in Indonesia changed as time passed. Beween the 1960s and the late 1970s, investments in Indonesia were based on the expansion of the natural resource industry sector. At this time, Korea desperately needed wood, crude oil, and coal for its domestic economic development. Koreans coming to Indonesia counted only a number of technicians and workers. They worked in Jakarta and in the islands outside Java. Companies like Kodeco and Korindo, which ought to be proud for being successful in the wood industry, initiated their investment during those times. Companies established at that time did not cause many problems with the workers and the local public since the number of the firms was very low. In fact, they were welcomed by local residents as they built roads, schools, mosques and churches in the remote places of their business locations. Meanwhile, Miwon, another Korean company, was also establishing a factory in Indonesia at that time and begun struggling to compete with Ajinomoto and Sasa, who had been operating in Indonesia for a long time. Today, Miwon as a rival business to Ajinomoto has achieved a solid position in the seasoning and processed food industries. Miwon together with Kodeco and Korindo are listed as the three major successful Korean companies in Indonesia.

The second investment phase, between the end of 1970 until the late 1980s, saw the construction industries and trade sector bringing the biggest investements done by Korean companies. Many top companies in construction works and trade which entered the Indonesian market achieved success. Meanwhile, companies which explored natural resources in the past were having a bad fate. Timber companies which achieved success in the old days began to face severe challenges from the late 1970s, when Indonesia began to apply a ban on the log export policy. In 1984, the Indonesian timber export ban policy caused many timber companies to close down or move to the industrial sector, except a small portion of timber companies that had successfully built sales networks in the domestic market or had diversified their business into the plywood sector. Kodeco, the company that received grants from the Korean government for oil exploration, has failed to establish commercial oil fields. The company received criticism from Korean society and was put as a company under government control.

In this second period, there were almost no conflicts between Korean firms and workers in Indonesia. This could be because the investment at that time were centered around industrial, trade and energy development, which usually does not include labour-intensive sectors, and these companies were supported by parent companies which are tycoons in Korea. At this time, it looked like the image of Koreans and the Korean state were quite positive in the eyes of the Indonesians. Hyundai built the first toll road in Indonesia, the Jagorawi toll road which connecting Jakarta and Bogor. The toll road development by Korean companies was memorable for the Indonesians. Another Korean construction company also got working tenders in various regions in Indonesia.

Miwon has been quite successful in competition with Ajinomoto, and thus the products of Korea began to be known by Indonesian consumers. Furthermore, the Korean electronic products also started to enter the Indonesian market in the 1980s and managed to reinforce the image of Korean products in Indonesia. However, during this period, the positive image of Korea that grew in Indonesian society was largely a result of mass media. Mass media reported on the progress of Korea’s thriving economy, and the Asian Games and Olympic Games which were held in Korea. The positive image of Korea at that time did not come from direct contact and experience with Korean elements.

The third investment phase occurred from the late 1980s until the year 1993, when they concentrated on direct investments in labour-intensive industrial sectors. In this phase, the investments were made by small to medium scale investors, who saw the favourable characteristics of the of Indonesian workers, which are meek and with low wage levels.

Particularly at the beginning of this phase, around the year 1990, many Korean companies that invest in foreign countries moved to Indonesia. At that time approximately 350 Korean investment companies invested in Indonesia. Among these companies, most of them were labour-intensive manufacturing companies, such as shoes and garments, totaling more than 200 companies. In the terms of the scale of capital investment per project, Korea recorded the smallest average scale compared to other foreign companies (see Table 1). This shows that Korean investments in Indonesia were dominated by Small and Medium Enterprises (SMEs). As already mentioned above, this period is recorded as a time of conflict between Korean investors and Indonesian workers. This paper will also pay more attention to this period, which began in the late 1980s. However, as shown in Table 2, as the 1990s became characterized by the rising of Indonesian labour costs, Korean small-medium businesses were reluctant to enter Indonesia, while larger-scale investment began to arrive.4 Investments for small-medium enterprises during this period almost never took place in Indonesia, prefering China, Vietnam, and Southwest Asia because labour was cheaper there. However, the bad image of the Korean companies did not immediately disappear, but spread more widely into Indonesian society. What caused it? Korean capital investment has enlarged their scale and technology-laden form of capital, but why the bad image remains attached to Korean companies and Korean people?

Other authors have considered that Korea’s overseas investment is basically going to have problems in the industrial sector and problems in the scale of investment capital. That is because the high percentage of wages in production costs and the difficulty in making long-term plans to return the invested capital, and smallmedium companies are easily exposed during labour conflicts. Many observers say that for the Korean companies, labour disputes are common incidents if we consider the stages of Korean economic development and overseas investment. Therefore, they predict that the problem will end eventually. However, these authors also consider that the problems arising along with Korean overseas investment are not merely caused by the nature and scale of the invested capital, but also from the implementation of Korean style culture and management in these companies, which come along with the invested capital. During field research this time, the authors directly saw that the major cause of labour conflict at Korean companies is the management style applied at Korean companies in Indonesia.