The Khmer Lands of Vietnam, by Philip Taylor, offer an alternative way of understanding the indigenous Khmer people, also known as Kampuchea Krom, who have historically survived environments which many would otherwise consider hostile to habitation due to shortage of habitable land and portable water. His main argument in the book is that despite being “rightful subjects of two different nations, neither…fully accepts them as its own” (p.232), and through “recasting Buddhist and folk cosmologies and [by] improvising stories they have imbued their diverse local ecologies, circumstances and histories with universal signiﬁcance” (p.253). In this book review, I identify Taylor’s unique contributions to the study of the Khmer people and critique some of the works shortcomings, and also critical approach to answer the question suggested in his book

The uniqueness of this book on the Khmer can be found in his sophisticated deployment of the “ecological repertoire” and the noted adaptive abilities of the Khmer, described as the “secret of their successes” (p.255). That Taylor devised these as seven zones after observing patterns of settlement and ecological practice with different features of social life is noteworthy. Each chapters explores a different agro-ecological zone associated with different features of indigenous Khmer lives. For example, in Chapter 1, Taylor focuses on how the Khmer settlement in the ‘coastal dune belt’ clusters along the ridges that rise from landscape in formations called Phno. These Phno, where water management harmonizes with the spiritual life of temples have ‘corresponded to the social world, to the sphere of culture’ (p.33). Taking this as an example, each of the book’s chapters meticulously covers all intersections from the starting point of ecological adaptation. 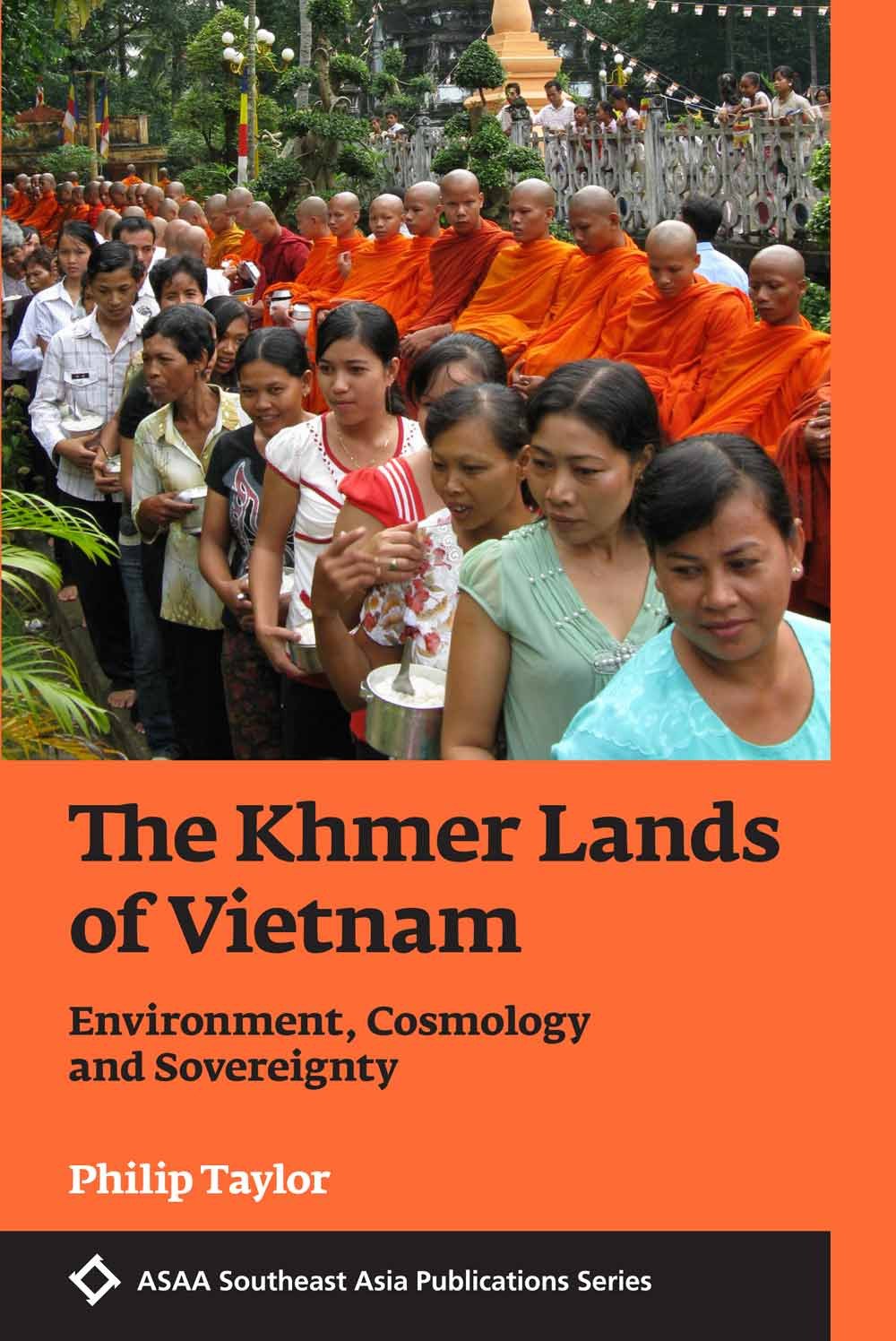 However, a critique of The Khmer Lands of Vietnam can be identified when critically comparing this work to others that Taylor recently wrote. In his article on a focused description on freshwater tidal water in Mekong delta, a particular ecologic setting that makes up one chapter of The Khmer Lands book, he was able to focus on relations between environment and ethnic identity (2013). In his other recent writings on Khmer identity in particular area of Ca Mau peninsula, he was able to bring in and provide a more thorough discussion of relevant theories (2014). The Khmer Lands of Vietnam could have included some theories, like his other works, to situate the phenomena under analysis. The author could have incorporated James Scott’s The Art of Not Being Governed, in reference to the statelessness and resistance in Southeast Asia (2014) or David Mosse’s Ecological zones and the culture of collective action in terms of holistic approaches to ecological zones and culture life (1997). When it comes to the connection between the environment and ethnic identity, he does not deal with the most critical question. Does the environment or humans’ interaction with the environment really affect one’s identity formation? Instead, he asks, “How in such a context have they managed to develop a common identity as Khmers and avoid cultural fragmentation, dispersal and assimilation?”(p.70).

Identity would not be a result of group engagement with their ecological setting according to anthropological scholarship. In other words, constant interaction inside the ethnic groups make ethnic identity. However, the questions above evoke an environmental determinism in terms of how Khmer identity is formed, despite such ecological diversity, because of cosmology, narrative, shared conceptions of religion and so on. Therefore, the readers should carefully think of the book’s resolution showing that identity and ethnic affiliation are not determined solely by the ecological setting, even though it does matter. Interestingly, the book ultimately shows the way humans interact with the environment without realizing that their lives are determined by those interactions. A question that follows is then, can the avoidance of the cultural fragmentation also be due to a political or cultural resistance against a larger social and political domination? This question also comes from Tylor’s emphasis on the socio-political dynamics in Vietnam. The Khmer, being a minority who are viewed with suspicion by the Vietnamese and Cambodian states, struggles for their survival as a nation between two nations. He also brings out instances of war and displacement in past viz-a-viz the responses of the Khmer people as not only victim but also as an active participants. Tylor’s endeavors to reveal this complex incorporation of a minority into culture can also be seen through his description at a more vernacular level. Taylor tried the omniscient narrator style of classic ethnographies, criticized and discouraged by some ethnographic authorities. However, the text never abandons the perspective of Khmer interlocutors. Even more, I found the author situating himself in the wider context by his movement between the insider and that of the critical outsider. His usage of terminology can be a good example. Khmer place names were translated in Vietnamese toponyms, so that the reader could imagine on this as well-known part of Vietnam. In this context, the connection between the Khmer Krom’s environment and identity is shaped, not only in relation to the proximate environment in which the Khmer have made a living for many centuries, but also by the social, political challenges of being a minority viewed with suspicion by the Vietnamese and Cambodian states as well.

As only few scholarly efforts have been made to examine the how Khmer Krom people live with their environments while history and nationalistic narratives about the region are widespread, The Khmer Lands of Vietnam by Philip Taylor, is an outstanding piece that makes ecological resilience focal to Khmer socio-cultural organizations. Taylor’s remarkable research on Khmers’ adaptation ability to environment did enough to break misconceptions and even prejudice about the Khmer as underdeveloped or backwards. Even though there is a lack of an emphasis on a theoretical approach compared to relevant studies and the absence of critical questions leaves something to be desired, his study is absolutely necessary, not only because of meticulously researched ethnography of the Khmer but because it openly ask the question regarding the formation of an ethnic identity to the readers.

Mosse, D., 1997. Ecological zones and the culture of collective action: the history and social organisation of a tank irrigation system in Tamil Nadu. South Indian Stud. 3, 1–88.

Scott, J.C., 2014. The art of not being governed: An anarchist history of upland Southeast Asia. Yale University Press.