Two major changes have been taking place in Indonesia since 1998 – demographic and political. With different emphases, the two books under review grapple with these changes. Leo Suryadinata, Evi Arifin, and Aris Ananta’s Indonesia’s Population conveys important results from the population census of 2000. The most significant data revealed here is the percentage of the Chinese population in Indonesia and data on ethnicity in selected provinces. Under the Soeharto regime, such data was banned from publication, enabling only the privileged few to access it. It is now found that the Chinese population is in decline, accounting for only 1.5 percent of the total, much lower than previously thought. The major ethnic populations (listed on pp. 7-8) are: Javanese (41.71 percent), Sundanese (15.41 percent); Malay (3.45 percent); Madurese (3.37 percent); Batak (3.02 percent); Minangkabau (2.72 percent); and Betawi (2.51 percent). Other ethnicities account for only 0.01-1.8 percent each. Although the Javanese still occupy the top position, their proportion has also declined from 47.02 percent in 1930. The census also confirms that the Javanese have spread from their original homes in Central Java, Yogyakarta, and East Java, to regions throughout Indonesia, such as Lampung, North Sumatra, East Kalimantan, and, of course, Jakarta.

With the fall of Soeharto, Indonesia entered a reform era marked by policies of decentralization and democratization. In the national political sphere, through the synergy of these two practices, power has been diffused to three players: the president, parliament, and the military. Yet the political sphere still maintains artefacts invented in the early life of the Republic. At that time, mainstream politics (politik aliran) defined political groups by either religion or ideology, which served as the main foundation for establishing political parties. For example, those who believed in communist ideology grouped in the PKI (Indonesian Communist Party), modernist Muslims in Masyumi (modernist Muslim political wing), and nationalists in the PNI (Indonesian Nationalist Party). These basic divisions still exist as the foundation for new parties or loose alliances among them. An example is Megawati’s PDI-P (Indonesian Democratic Party-Struggle), now a home base for nationalists, which has succeeded older nationalist parties such as the PNI established by her father Soekarno. Change has also been occurring in the regions, where local parliaments have become important players vis-à-vis the governors. This change constitutes a radical break with the Soeharto regime, in which power was concentrated in his hands with the military serving as his backbone. 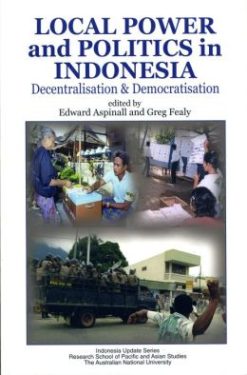 Local Power and Politics in Indonesia, edited by Edward Aspinall and Greg Fealy, explores and analyzes changes in the local political sphere. Writers like Ryaas Rasyid, Vedi Hadiz, Minako Sakai, and Amrih Widodo deliver a mixed verdict on the decentralization process. Rasyid, perhaps due to his position as one of the drafters of the decentralization bill, still portrays it as a positive step taken by the Habibie government to maintain a unitary state in the face of pressure for a federal system. Hadiz, Sakai, and Widodo, however, paint a less positive image of decentralization policy. Hadiz uses the North Sumatran case to illustrate the process of old power reconstituting itself to capture local politics by making alliances with the new regime and capturing the institution of democracy. Hadiz calls decentralization “a matter of contesting power” (p. 123) between players both in the political center, Jakarta, and in the region.

Sakai offers a view of decentralization that shows foreign investors trapped in a dispute among the central and regional governments and the local community in the case of Semen Padang. She argues that deeply rooted internal divisions among various groups in West Sumatra served as the driving force of that dispute, which can be seen in the way the conflict has spread and expanded. Here she refutes the idea that the conflict originated in Jakarta’s decision to merge Semen Padang with Semen Gresik and privatize it.

Amrih Widodo vividly illustrates regional politics in Blora, where the bupati (regent) and the chairperson of the local legislative body have been in the constant tension to maximize their political standing and economic resources. Both exploit the term “rakyat” (the people), invoking rakyat as a source of legitimacy and claiming to act on their behalf.

My own research in the three provinces of West Sumatra, Riau, and East Kalimantan indicates that it is very difficult to make clear-cut distinctions between “old” and “new” power. Careful analysis shows that politicians in newly-established, post-Soeharto political parties are those who were already engaged in politics, directly or indirectly, during the long Soeharto era. The novel thing is the vehicle of new political parties – parties other than Golkar (Golongan Karya), PDI (Indonesian Democratic Party), and PPP (United Development Party, an Islamic party). At the regional level, politicians tend to make alliances to advance local against national interests. In this development, the category of old and new power is of questionable relevance in analyzing current political economy.

In West Sumatra, for example, a strong Golkar party is still ruling and supports Zainal Bakar as governor because he came from within the bureaucracy. Yet the governor is also subject to local parliamentary control in the issue of Semen Padang, in which he followed the position of parliament to take control of the plant. In this case, although the governor is supported by Golkar, it would be difficult to categorize him as a reflection of old power, as his parliamentary allies constitute a mixture of political interests that often oppose Golkar. 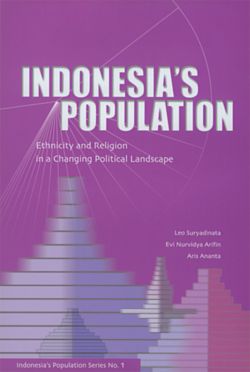 Rather than a power contest between old and new, decentralization and democratization in the regions seem to create marriages between groups or political parties that have similar local interests, and they tend to ignore their differences to face challenges from the central government. In West Sumatra, a regional PDI-P chief supported the provincial elites’ stand to take over the Semen Padang plant unilaterally, while national PDI-P leader Laksamana Sukardi opposed the move. In this case, the PDI-P regional leader’s stand was much closer to the position of Amien Rais’s PAN (National Mandate Party) than to his own party leadership. Further, almost all elements on the regional level supported the provincial parliament and governor, forming an effective local alliance to take over Semen Padang from its legal owners – the Republic of Indonesia, Cemex of Mexico, and public investors in the Jakarta Stock Exchange.

Some contributors take the optimistic view that the processes of democratization and decentralization will serve the country well. Hans Antov and Arrelano A. Colongnon arrive at this view by looking at the role of civil society in strengthening regional democracy. But others remain pessimistic due to factors such as ethnicity (George Quinn); the declining role of women in local parliaments (Hana Satriyo); increasing environmental degradation (Idayu Pradnya Resosudarmo); and the emergence of regional bureaucracies (Michael Malley).

I share the pessimism of these writers, seeing various negative impacts of decentralization. In many regions, ethnic tensions emerge in filling the positions of governor and regent, as “native sons” of the area (putra daerah) claim the “right” to these important positions. Political alignments also undoubtedly follow religious lines. And decentralization seems often to be interpreted by local elites as an entry point to control, own, and manage economic resources. These are some of the developments that do not follow the road map set out by policy makers.

Reviewed by Wahya Prasetyawan
Wahyu Prasetyawan is a Ph.D. candidate in Indonesian political economy at the Graduate School of Asian and African Area Studies, Kyoto University.