This is a wonderful book, which should be read as a useful point of reference by anyone interested in Cambodia’s contemporary relations with other states, especially major ones like China, Japan, Russia and the United States, as well as with regional and global organizations, most notably the Association of Southeast Asian Nations (ASEAN), the European Union (EU), and the United Nations (UN).

The book is divided into five parts with 20 chapters. Part I provides a long introduction that offers insights into Cambodia’s political history and foreign relations from 1945 to 1998. Part II contains six chapters, which are grouped under the heading “Relations with Neighboring Countries and Maritime Southeast Asia.” Chapter 2 is a review of Cambodia-Thailand relations from a Cambodian perspective, addressing the question of a policy shift from hostility to harmony. Chapter 3 focuses on the same topic but insights are presented from a Thai perspective. Chapter 4 gives analytical attention to Cambodia’s bilateral relations with Vietnam from a Cambodian perspective and is followed by a chapter (5) written from a Vietnamese perspective. Chapter 6 shifts to Cambodia’s bilateral relations to Laos, another neighboring country. Part II’s last Chapter (7) is entitled “Cambodia and Maritime Southeast Asia.”

Both Part IV and Part V cover multilateral and topical or thematic issues, rather than Cambodia’s bilateral relations with particular countries. Part IV, under the heading “Membership in International Organizations” contains two chapters: Chapter 16: “Cambodia in the ASEAN Context” and Chapter 17 “Cambodia and the United Nations: A Multilateral Engagement.” Part V gives attention to Cambodia’s “Economic Integration and Security Cooperation.” Chapter 18 is entitled “Cambodia’s Defence Policy and Strategic Environment: Contemporary Issues, Challenges, and the Way Forward.” Chapter 19 pays attention to “Greater Mekong Sub-regional Cooperation” and is followed by the last chapter on “Cambodia’s Integration in Global and Economic and Financial Systems.” 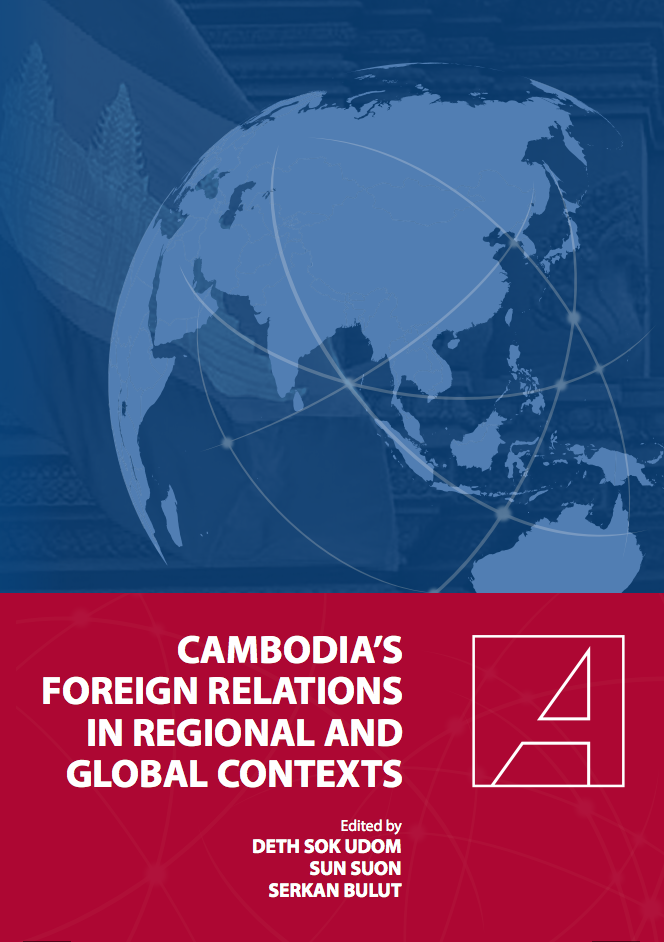 Thus, the book should be of great interest to scholars and policymakers interested in Cambodia’s relations with the outside world, especially after the end of the Cold War. They can learn more about how Cambodia has turned away from the policy of confrontation with ASEAN countries and the Western world in the 1980s and toward cooperation with the latter as well as the rest of the world.

What is most interesting about this book is that most of the contributors are Cambodian scholars and practitioners who have written about their country, but at the same time the book seeks to strike a balance by including foreign scholars’ perspectives (American, Australian, Indian, Thai, Turkish, and Vietnamese). This type of scholarly collaboration helps shed light on how scholars from different national, cultural, historical and disciplinary backgrounds make sense of complex relations between Cambodia and the rest of the world. To this extent, this book offers different insights that scholars and other interested individuals would find stimulating to their intellectual curiosity.

The book would offer more intellectual benefits if the co-editors were to do the following. Firstly, the manuscript should have been more carefully edited. There are typos and awkward sentences. Some chapters are better structured than others, and the editors should have ensured better stylistic quality by simply providing clearer writing guidelines to all contributors. Secondly, the book could have been better structured and organized. One part of the book should just contain chapters on Cambodia’s relations with countries in Southeast Asia and how relations moved from confrontation to cooperation in the ASEAN context. Only then should the book shift its thematic attention to Cambodia’s extra-regional relations. Thirdly, analyzing foreign relations requires that scholars make a clear distinction among small, middle, and major powers. By classifying foreign relations along this line, we can learn more about which players are most important, important, and less important. Obviously, Cambodia’s relations with small states like Laos are not as significant as its relations with China, Japan, Russia, and the United States. Fourthly, doing careful analysis of foreign policy decision-makers, their foreign policy objectives, and their strategic options would add much more clarity to this kind of study.

Lastly, the book provides a good basis for further research on Cambodia’s foreign relations; however, future work must go beyond mere historical narration by engaging in conceptual, theoretical, and methodological analysis. Failure to do so would not generate much more useful knowledge that could be used to stimulate academic debate, formulate foreign policy objectives, and assess foreign policy actions. Conceptual issues like power and security are important, and so are theoretical questions about why states behave the way they do and whether domestic actors or institutional factors matter more than power distribution among states operating within the international system.

In spite of its serious shortcomings, the book offers a lot of food for thought and should be read by anyone interested in learning more Cambodia’s foreign relations. The editors and contributors should be congratulated for getting this important collaborative project published and especially for stimulating interest in more scientific research on or systematic analysis of Cambodia’s foreign relations.